How The Australian Telco Regulator Is Approaching 5G 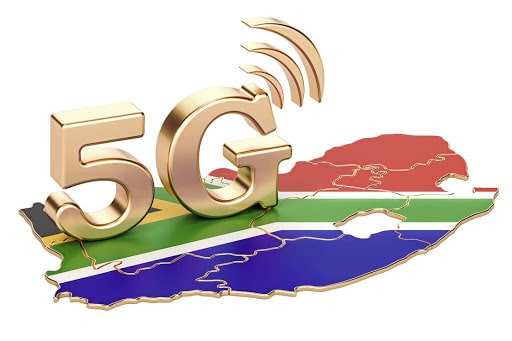 The Australian Communications and Media Authority (ACMA) is on top gear in the process to sell through auction, part of the 26GHz/5G spectrum band. Ahead of this first-of-its-kind global auction, the Australian Competition and Consumer Commission (ACCC) has registered its intention to review mobile spectrum ownership. On its part, NBN feels threatened that telcos will bypass its network therefore dampening its revenue forecast.

The auction which the government sees as a potential revenue generation event, will attract interest across the telco industry. Mobile network operators such as Vodafone Hutchinson Australia, Telstra, TPG, and Optus are likely to participate. Spectrum auctions are valuable to Australian operators because the allocations they get enable them to carry their signals farther and better their penetration.

The 5G spectrum currently reserved for radio astronomy, space to earth signals, and fixed communications, is still under testing for mobile network rollout. If telcos successfully buy this spectrum, they will be able to use their own networks to give their subscribers faster mobile coverage. It is this possibility that is sending shivers down the spine of NBN.

ACCC has made it clear that when it comes to competition, it will not consider individual spectrums, rather look at the whole landscape. This will ensure the big players such as Telstra do not lock out new entrants like TPG.

In justifying its position on the reviewed competition outlook, ACCC claims that if it doesn’t act in time, incumbents may purchase spectrum not for rollout, but to prevent competition from infiltrating in the downstream market. For instance, unrestricted auction may see NBN buying spectrum in the outer metropolitan areas while Telstra buying 100MHz to cover the metropolitan areas. This will leave the likes of Vodafone, Optus, and TPG with virtually no spectrum to buy.

Optus and NBN have significant holdings in the 3.4GHz band. Telstra on the other hand has much smaller holdings.

In the past, ACCC has employed an approach where they limited dominance in spectrums by any one licensee by looking at specific bands. This time round, they are rethinking this strategy with a view to changing it. In addressing the NBN’s concern, ACCC was categorical in opposing any sort of protection measure for NBN.

Mobile network services are not heavily regulated, and this will potentially stimulate the participation of mobile operators in the auction. In turn, they will put in much of their capital to finance the rather expensive 5G spectrum, but with real hopes for payoffs going into the future.

ACCC considers it a risk blocking competitors from buying into the spectrum. In their opinion, the best way to counteract threats is not by imposing regulation to safeguard the interests of NBN, but rather leaving the mobile operators to fight it out. The regulator has observed that companies put so much value in preventing their competitors from accessing spectrums. This means a sizable portion of the spectrum value will be used in reducing competition instead of promoting access to better services to customers.

TPG to Bypass the NBN

TPG has been uneasy about NBN’s pricing saying that it’s very high and in the long run, they estimate that their retail price margins will nosedive significantly. It is for this reason that TPG is convinced the upcoming 5G auction will give it a prime opportunity to bypass NBN.

However, TPG also acknowledges that investing in 5G is capital intensive and this may force them to seek for more funding through equity markets.

Other telcos have also contributed to this debate. Their excitement over the prospects of having a 5G network is evident. Currently, the telcos are operating on 4G which is the most premium technology available to mobile users. NBN has 5G spectrum both in 3.4 and 3.7 GHz bands which it purchased from the Australian Communication and Media Authority.

The value of 5G spectrum must be viewed from both the social and economic benefits it provides to consumers and citizens. By allowing wireless broadband services to be offered at gigabit speeds, 5G opens abilities to connect lots of devices and objects. This will undoubtedly spur the country to a higher level of interconnectivity.