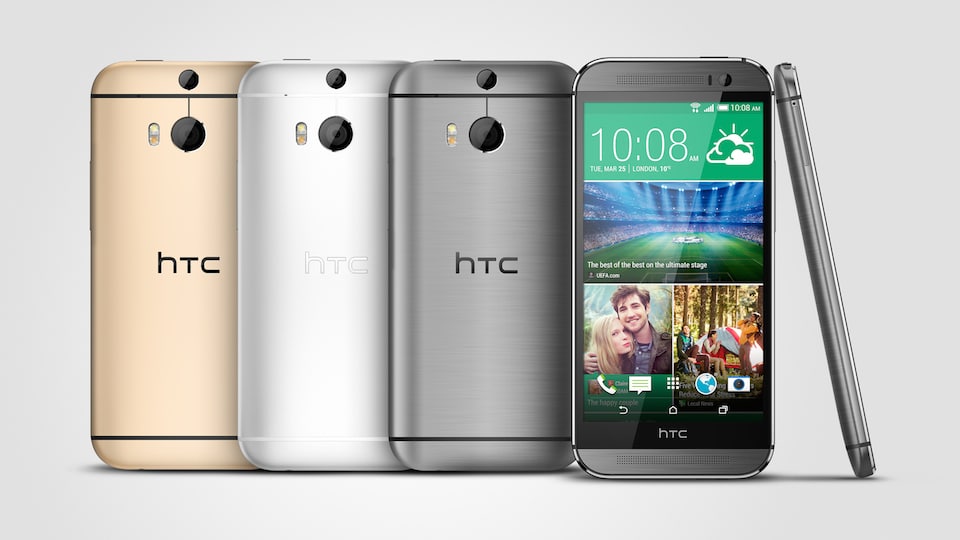 The HTC One might have been the best phone of 2013

The HTC One was a brilliant addition to the range of phones available to Australians in 2013. It might well have been the best Android phone, perhaps the best phone release full stop of that year. The HTC One original won Best Smartphone of 2013 by the Mobile World Congress:  As a result, the upgrade to the HTC One, the HTC One M8 (I think we pronounce that ‘HTC mate’) has some big shoes to fill. Can the follow up it live up to the legacy?

But HTC’s marketing team are shit

What it didn’t have going for it was a decent marketing team. HTC haven’t got nearly the pazzazz about them that the Samsung team do. One way that’s demonstrated is through the naming convention they use. The prequel to the HTC One was the HTC One X. Now the successor to the HTC One will be the HTC One Mark 2. Or, using its codename, the M8.

As we write this, there are a bunch of reasonably secure rumors in market regarding the phone’s specifications. What we do know is promising and you can see our initial thoughts below. What is not in doubt is that the HTC marketing team need to get their heads read. They’re being comprehensively outplayed by Samsung.

The screen will be 5.1 inches across the diagonal

Comparing the screen on the HTC One M8 to the original, the newer HTC is slated to have a 5.1 as opposed to the 4.7 inch screen that the HTC One used to use.

With full HD 1080p, that a whole lot of screen for a mobile device.  It’s in line with the ever growing screen sizes of the Android family. Unfortunately, screens are probably not HTC’s number one selling point. HTC use LCD screen technology habe, historically, been reasonable but not a patch on the AMOLED Galaxy equivalents. In our view, anyway.

The HTC One M8 will run Android  KitKat

To the upgraded screen, you can add an upgraded version of Android. The HTC One M8 will run KitKat, and you’ve got a powerful handset. Which is necessary, because it’s unlikely that it will come with physical buttons. Instead, it will feature virtual buttons, which may or may not be a plus depending on the person.

But the screen isn’t the only thing that’s impressive about the HTC One M8. It’s packed with a quad-core 2.3GHz Qualcomm Snapdragon 800 processor sitting side by side with an Adreno 330 GPU. There’s definitely an upgrade here, and a powerful one, to boot.

The HTC One Mark 2 comes with a four megapixel camera. For the uninitiated, this sounds like a low spec, particularly when it’s compared directly to the Samsung Galaxy S5’s camera, as it will be. However, HTC are trying to take the market in a new direction and end the MegaPixel war. The ultrapixel specification they introduced last year, on the HTC One was a worthwhile step towards something more meaningful than forever increasing resolution.  The 2013 HTC One ‘s improved sensor meant that it took great shots, especially in low light. The 2014 HTC One M8’s camera has the ability to change the focus after the picture has been taken which may or may not be a gimmick – we will let you know when we’ve used it.

As for Wi-Fi capabilities, it features Wi-Fi 802.11 a/b/g/n/ac, DLNA and Wi-Fi hotspot capabilities, and Wi-Fi direct, like the original, but also carries with it 4G / LTE connectivity for when you’re away from your home or work network.

My experience of the HTC One is that battery performance was significantly, notably better than the Samsung Galaxy S4. So, when it comes to the battery in the HTC One M8,  the original boasted a 2300mAh battery, the HTC One Mark 2 features a boosted 2900mAh for extended battery life.

It continues to look beautiful

Aesthetically, the HTC One was a strinking phone. Cosmetics aren’t an issue on the M8 either. It harbors a sleek, smart design with an intuitive interface very similar to that of last year’s successful install.

The HTC One is made out of aircraft-grade aluminum, making it not only pretty to look at, comfortable to hold, but resilient to abuse. It’s definitely a durable phone that’s designed to take some hits. It’s also a long-term phone that won’t break with a few accidents.

And, not only is it a hardy device, but it also comes in a plethora of colors: at its launch, it will come in red, black, blue, silver, and gold. We’re told there are more colors are coming, too.

The HTC One may well have been the best phone of 2013. The HTC One M8, has a stupid name but might just repeat the feat. We need more details on the software, of course but, without doubt, the HTC One M8 is going to be at least up there with the best of 2014.