They look like copies of each other, one just larger than the other.

But the Galaxy S2 has been stunning the market for over a year now, far longer than the Note. It was last year’s hero Android handset. 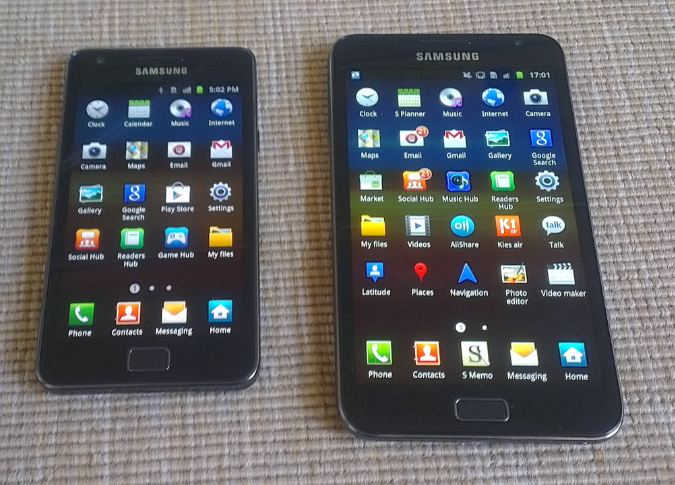 They’re both great Smartphones but, aside from the obvious size difference, what are the major factors that would influence a Whatphone visitor this way or that in deciding what phone is right for them ?

Whatphone has taken a look at the key features and specifications.

Probably more importantly, I have made it my business to spend more than a week with each of these as the devices.

I used them for everything so I could pass on how it feels to be in the real world using these products.

Let’s open the kimono and take a look at two of Samsung’s best in a head to head comparison.

To begin with, the first thing I notice putting them side by side is that the Note feels heavier and slightly higher quality compared to the reasonably ‘plastic’ feel of the Samsung Galaxy S2. 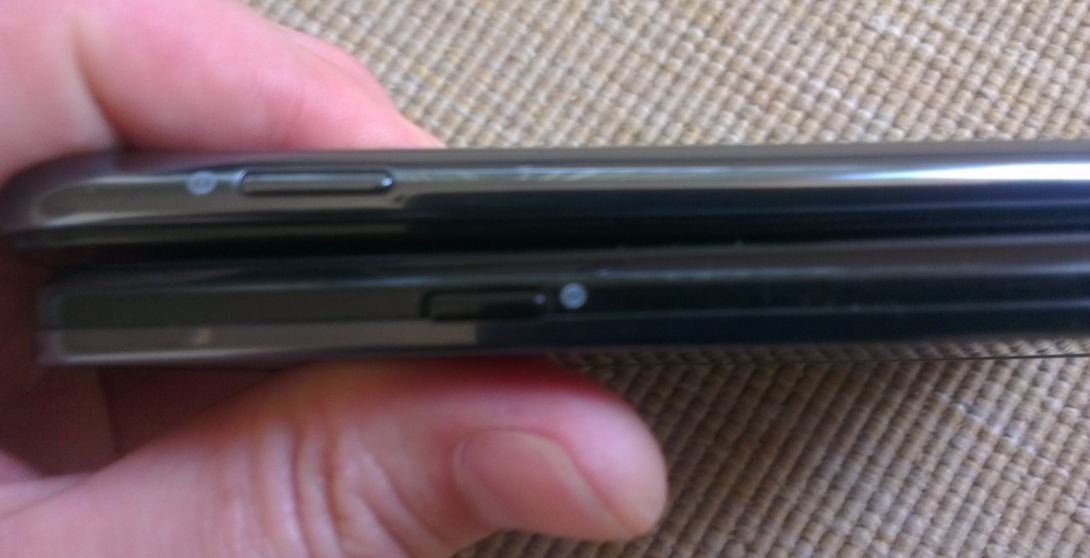 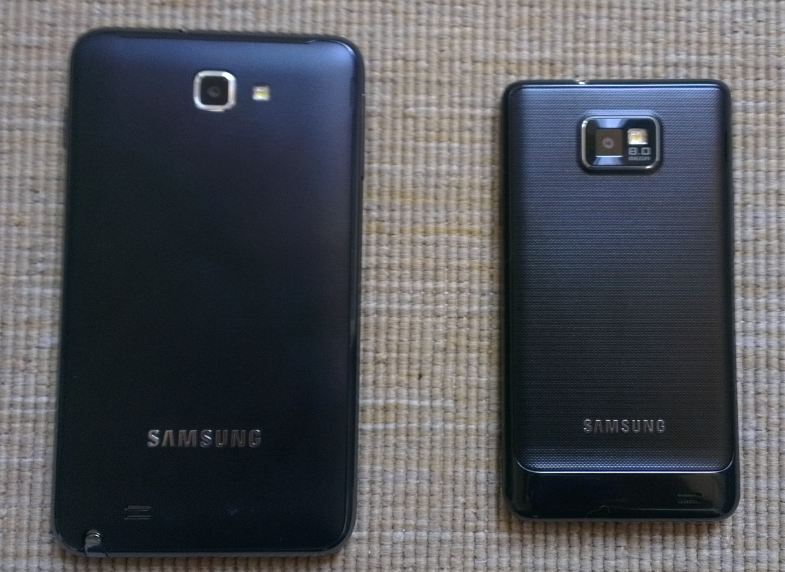 Everything else is around the same.

They’re in the same Galaxy family but they’re designed for very different users.

The Note is probably the better device. The screen is breathtaking. But, if I was asked to pick a favorite, I’d choose the Galaxy S2. It’s an amazing product, even now, well after it’s launch. It’s affordable, versatile, super light, fast and a great all rounder. It even runs Android 4.0 now !

And if you have either of these 2 products and think I’ve missed the point or misrepresented something you think is really important, then drop me a line through the Whatphone ‘get in touch’ section.