Should You be Concerned About Exposure to 5G Radiation?

Where does scientific evidence stand on the health effects of 5G? 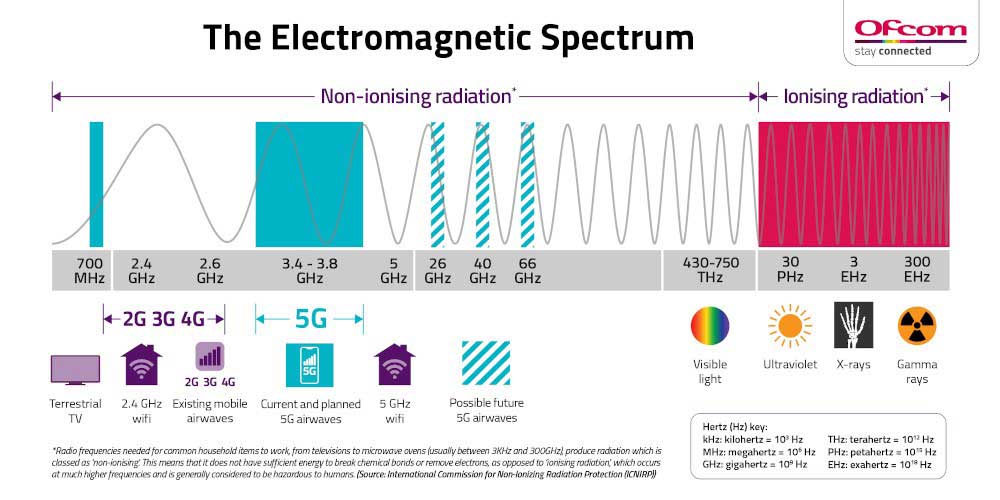 Concerns about the health safety of 5G are a reverberation of long-drawn arguments. Similar concerns have been raised since the beginning of the modern era when consumer electronics that transmit radio waves began flooding the markets. However, the concerns have only been amplified with 5G, given that we’ll be inundated by a vast range of hardware and applications that harness 5G radio waves.

A crop of ominous studies have suggested that there’s a flea in the radio wave ointment that the mobile industry revels in. An international fold of scientists have come together to advocate for a more conservative approach to the adoption of 5G than what’s currently witnessed across various parts of the world.

However, organizations that protect public health, such as the US’ Food and Drug Association (FDA), the World Health Organization (WHO), as well as regulatory bodies in various countries are dismissive of claims of risks associated with mobile network radio waves. Their counterclaims are based on studies, researches, reviews, and evaluations investigating the health risks of 5G.

What is 5G radiation?

Radiation generally refers to energies carried by radio waves. Radio waves are generally classified into two categories: Ionizing and non-ionizing. Ionizing waves refer to ultra-high-frequency radio waves such as gamma rays, which are toxic and can damage various parts of the body, including the DNA. These dangerous waves can cause a health ails ranging from skin problems to eye problems, and even tumors and cancers.

On the other hand, non-ionizing waves are innocuous. They’re called non-ionizing because they lack energy levels needed to alter the structure of atoms or molecules. Their energy levels only move or vibrate atoms without ionizing or tampering with their structures.

5G radio waves, as well as those of previous mobile network generations, are non-ionizing waves that lie far off from the borderline between ionizing and non-ionizing waves. According to an official statement released by the FDA in 2018, “the current safety limits for cellphone radiofrequency energy exposure remain acceptable for protecting the public health.” 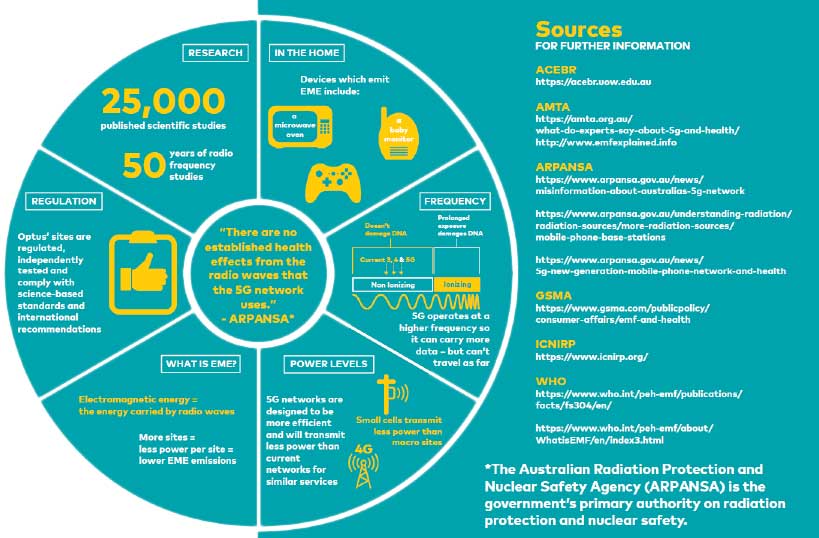 Regulatory bodies such as the FDA in the US, the ARPANSA in Australia, WHO, and others listed in the diagram have come out to dismiss the findings from independent studies that suggest that 5G waves are harmful to the body. src

The arguments against the use of radio waves are not empty threats. They’re backed by some scientific evidences that seem to suggest that radio waves of mobile technologies aren’t as innocuous as many are made to believe.

One such study was undertaken by Allan Frey, a neuroscientist who worked for General Electric’s Advanced Electronics Center at Cornell University in the 1960s, and who also has a long history of research in bioelectromagnetics – the study of the effects of EMF on living bodies. One of his studies revealed that non-ionizing frequencies can become dangerous when they’re modulated. Modulation refers to the fusion of multiple signals such as those of sounds, pictures, videos, etc.

According to the results of a study he published in the Annals of the New York Academy of Science in 1975, Fred showed that low-power frequencies that have undergone a certain form of modulation that could cause “leakages” in the protective lining between the circulatory system and the brain in rats. Such a compromise could expose the brain to toxins, viruses, and microbes floating on blood.

In a similar study, Henri Lai, during his stint as a professor of bioengineering at the University of Washington in the 1990s, showed that modulated low-power waves can alter the DNA strands of rats permanently. A follow-up study by a neurosurgeon named Leif Salford showed that modulated microwave frequencies could cause fatal damages to brain cells in rats.

In September 2017, Dr. Martin Pall, a professor emeritus of biochemistry at the Washington State University, released a review of 18 studies that suggest that modulated EMFs can cause a long list of ailments, from insomnia to depression, neuropsychiatric disorders, lower sperm count, and lots more.

Regulatory bodies such as the FDA and the WHO have come out to categorically dismiss the results of these findings, finding faults in their methodologies and their statistical value. In an official response to these studies, FDA officials stated in 2018 that “no changes to the current standards are warranted at this time,” and also categorically stated that the negative reports’ “experimental findings should not be applied to human cell phone usage.”

Moreover, the vast majority of frequencies used for 5G have been used for several decades now for other things such as TV broadcasting and data transmissions.