SIM Swapping – The Biggest Risk To Your Online Security 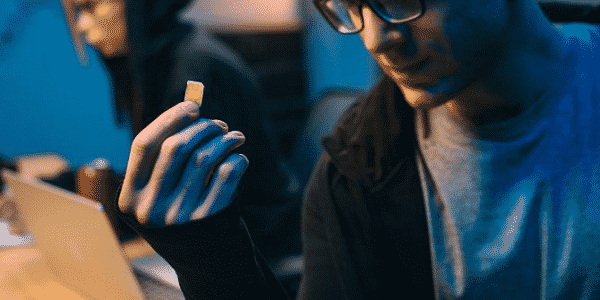 Hackers use SIM swapping to steal your personal information and your money. 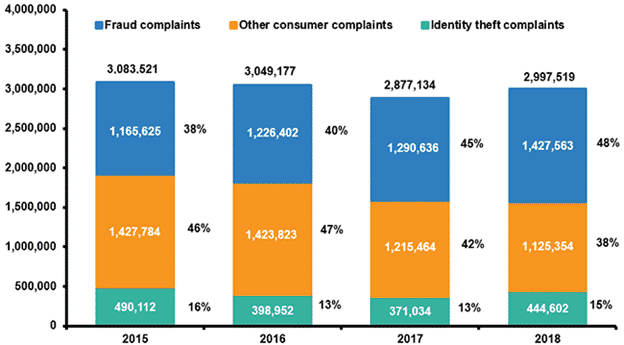 Report on identity theft and fraud between 2015-2018. Source

What is SIM swapping?

SIM cards store your data in GSM (Global System for Mobile) phones. This data is mainly used for authentication of cellphone subscriptions. Without a SIM card, your GSM phone can’t work on any mobile network. SIM swap fraud involves the theft of this information to gain access to the target’s cell phone’s communications capabilities – the fraudster essentially takes over your cell phone.

Hackers contact service providers and impersonate you to get your SIM card data. If their efforts are successful, your data will transfer to the criminal’s SIM card. They are often not interested in your personal text messages or phone calls; instead, they’re focused on receiving two-factor authentication (2FA) messages from accounts that hold your personal information.

Signs that you are a victim of SIM swap fraud

Detecting SIM swap fraud before it occurs is very difficult. Most people discover that their SIM card data has been compromised only when they try to place a call or send a text message. Once the perpetrators deactivate a SIM, messages and calls don’t go through.

However, many banks and carriers have introduced protection procedures to prevent SIM swap fraud before it happens. 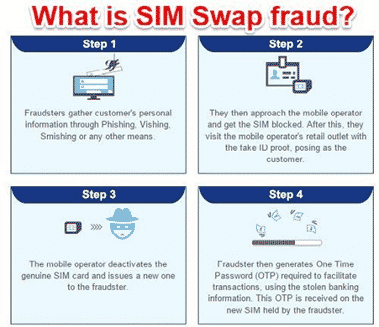 People can combat SIM fraud in many ways. They range from sending user alerts and putting in place additional checks, to spreading awareness among people regarding SIM swapping. Banks can identify SIM swap attempts from behavioral changes through behavioral analysis technology. This information can be used to alert customers and prevent banks from sending SMS passwords to compromised devices.

Ways to protect yourself from SIM swapping

Last year, T-Mobile reported that hundreds of people had to deal with SIM swapping scams. Mobile users should understand that their phones are greatly vulnerable to cyber attacks.

Fortunately, there are several ways to protect your SIM cards from hackers. You can mitigate the damage in the event they steal your valuable information.

SIM swapping is real and it’s becoming increasingly rampant worldwide. The hack allows fraudsters to take over your mobile phone device’s communications capabilities, especially SMS. By doing so, hackers can take advantage of 2-Factor authentication messages to bypass any verification from your accounts. This includes bank accounts, which often rely on such authentication processes, and can easily lead to your bank account balance being wiped out. Other implications include significant losses of personal information than can be sold on the dark web.

Thankfully, there are preventative options. Avoid using your default SMS for such verifications and rely, instead, on apps. You can also use encrypted messaging apps for communication purposes, in an effort to keep your communication protect.