Space Exploration Technologies Corp., or SpaceX, is Elon Musk’s private space exploration company. The company has sights on, one day, settling humans on Mars. But to accomplish such an expensive feat, SpaceX needs funds.

Elon Musk’s main cash cow for funding SpaceX is Starlink – a satellite phone network. Unlike older satellite phone systems that required bulky, dedicated satellite phones, SpaceX will be able to provide mobile service to your current mobile phone. And the revenue from Starlink could probably hit “$30 billion a year as a rough approximation”, according to Elon Musk.

Elon Musk’s main targets are governments, airlines, mining companies, and other major  entities that might be scattered around areas where traditional mobile services cannot, or do not, serve.

Add to that, Starlink will provide satellite mobile services to rural areas, where telcos typically avoid serving because of their sparse populations.

When will Starlink launch its satellite phone plans

So far, Starlink has launched 768 satellites into orbit, and has chosen to begin beta testing its network in northern parts of the United States and southern parts of Canada very soon.

The satellite telco will eventually expand around the world, with plans to begin offering services globally in 2021.

New Zealand is amongst the countries Starlink plans to service 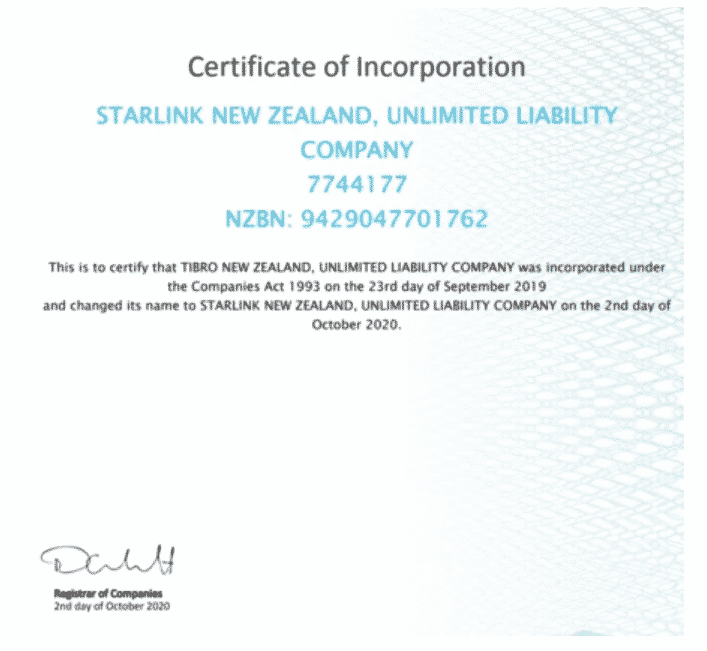 SpaceX is in New Zealand src

New Zealand is not the only country in the Oceania region to likely see Starlink service offers. Australia also saw the same licensing request for TIBRO, which was changed in early October as well to STARLINK AUSTRALIA PTY LTD, and Starlink has already received permits from the ACCC to build ground stations in remote parts of the country.

So what’s the big deal about Starlink and satellite phone plans?

With 4G and 5G being common these days, it’s hard to think of other mobile services that can be a bigger deal as of right now.

But satellite phone plans today, although probably not as fast as 5G plans, can provide 4G speeds and give service to areas where telcos typically don’t build mobile network infrastructure.

For instance, airlines might have the option of accessing satellite networks in an aircraft during flight, where mobile networks from traditional telcos can’t really exist. Also, rural areas where the population is sparse typically have bad mobile network services because telcos don’t consider it to be a wise investment to build mobile network infrastructure in such areas with so few customers.

Satellite networks, on the other hand, can serve such areas comfortably, because their network infrastructure are literally satellites orbiting the earth. This means they are always available everywhere in the world, regardless of location, because they circulate the earth.

Traditional satellites float at around 36,000km away from Earth. This results in significantly high latency of around 600 milliseconds – the time it takes for data to travel from point A (Earth) to point B (Satellite), and back if necessary. This high latency results in a lot of lag.

Modern satellite networks like Starlink, on the other hand, are launched in to Low Earth Orbit (LEO), around 500km to 2,000km away from Earth. This reduces the latency significantly. For instance, OneWeb, a satellite network company, recorded an average latency of around 32 milliseconds with a LEO satellite.

Modern satellite networks like Satlink also launch thousands of satellites into the LEO. This is because satellites in LEO must travel at high speeds to stay in orbit, because of how close they are to Earth’s gravity.

This fast floating means the satellite supplying your network service could move out of range quickly. To avoid your service being lost when the LEO satellite moves out of rang, another satellite comes into range to supply you with service and avoid network outages.

For New Zealanders, Starlink would be an upgrade from wired broadband networks because data travels faster through space than through cables. Starlink would also mean more competition in the telco market, which is always great news for the consumer.