Australians have been experiencing mobile network outages throughout the week, as more people work from home to prevent the spread of COVID-19. Complaints began pouring in on Tuesday about dropped phone calls and inability to make calls on both Telstra and Optus networks. 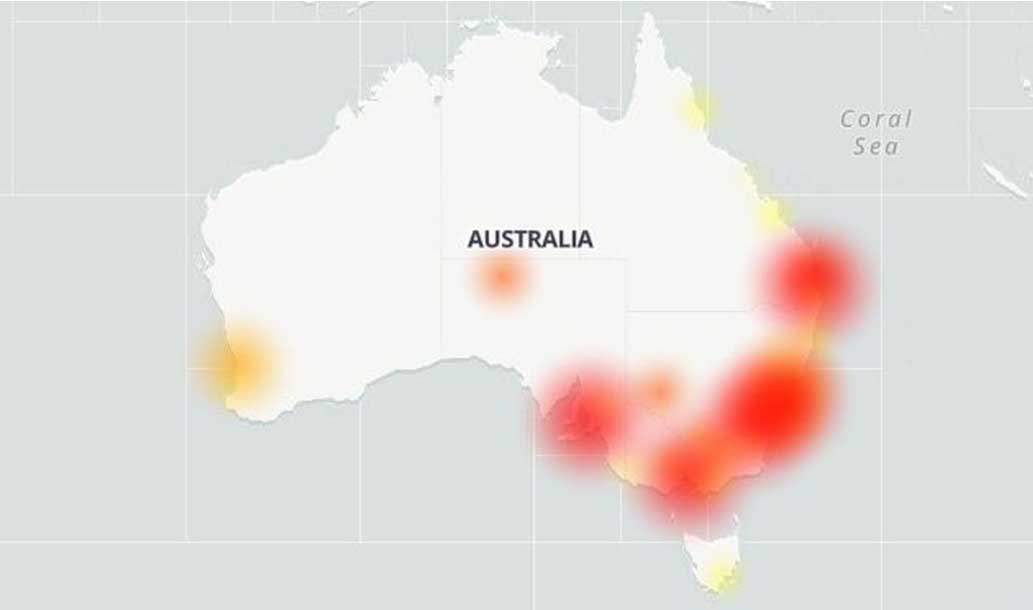 This news comes barely a week after major telcos Telstra, Optus, and Vodafone announced bonus data for their customers to mitigate the increase in remote workers. It’s unclear whether that might eventually contribute to even more network congestion, but right now, telcos seem to be overwhelmed by a spike in demand on voice services across major cities in the country – mostly calls to the government’s 13 and 1800 phone numbers.

The coronavirus pandemic is disrupting everything, it seems, even beyond dropped calls and other network issues. The impact has ranged from travel bans to lockdown orders in several countries. One of those countries with a lockdown order is the Phillipines, where both Telstra’s and Optus’ call centers are located, further magnifying the effects of the pandemic for Australian telcos and their customers.

In response to the COVID-19 pandemic, the Australian government has ordered many business closed in an effort to stop the spread of the virus. Pubs, casinos, cinemas, and more, have been shut down, while businesses such as restaurants and cafes have been restricted to delivery services only. Some states have gone even further, shutting down schools to ensure social distancing, and South Australia has even closed its border, barring entry from other states unless a mandatory declaration to self-isolate is signed.

Long before the federal government’s order, businesses had already begun transitioning to remote operations. Their employees were working from home for safety and preventive reasons. Even Vodafone had since delegated its customer support team to remote work.

This increase in Australians working from home, as well as self-isolation and shut down business, has resulted in a spike in network activity. As business and employees operate more over mobile phones, networks get congested by the increased traffic, causing intermittent service and outages.

As early as Saturday, Optus customers were already complaining about dropped calls and overall network outages. Telstra customers experienced much of the same.

According to Telstra regional general manager Mike Marom, a spike in the number of calls to the government’s 13 and 1800 numbers – an increase of three to 20 times the norm – were to blame for the congestion. Add to that, the remote workers’ use of mobile service, which contributed up to a 50 percent increase.

But according to Gizmodo, a Telstra spokesperson had initially claimed that the outages were “not due to the increased network traffic”. And some customers have complained about getting the runaround when they contact their customer care about the outages.

This makes things particularly frustrating, especially considering both Telstra and Optus have seen a significant drop in customer service staff in their Philippines customer care centers, due to that government’s lockdown in response to the COVID-19 epidemic. The result is difficulty on Australians’ behalf when trying to reach customer care to resolve network issues.

Telstra and Optus are not alone in the network woes resulting from increased traffic – the NBN, too, is expecting the same. However, NBN Chief Customer Officer Brad Whitcomb expressed confidence in their internet speeds, claiming that their engineers have been preparing for this very possibility for months.

But Mr. Whitcomb had some advice for customers – browse late at night (past 11PM) or during the day for the best experience. Apparently, the NBN expects increased traffic from 8PM to 9PM, resulting in slow download speed.

So far, though, data doesn’t seem to be much of an issue for any telco, even Telstra and Optus, but this might soon change. For now, despite the complaints, their network outages seemed mostly voice-related. Customers did complain about their mobile data networks switching from 4G to 3G, or 5G to 3G. But overall, data capabilities remained available to some extent.

Final words – What next?

Telcos are fast-tracking upgrades to their interconnection points in an effort to fix the intermittent network issues. While that may be the case, expect your network experiences to be less than perfect during these unusual times. The COVID-19 pandemic has disrupted every industry, and the telco industry is no different.

In the meantime, to check if Telstra has outages in your area, click here. For Optus, click here.