Looking at the Future of Mobile Technology – The arrival of 6G 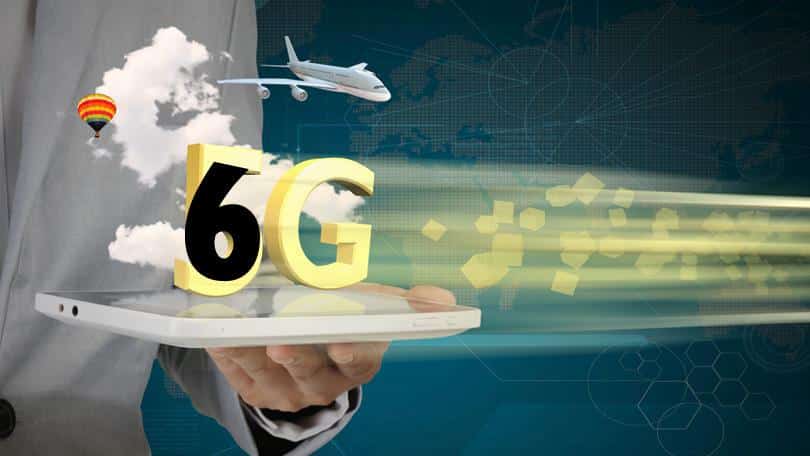 Mobile technology is constantly evolving, and the rate of change is getting much faster.

The 5G mobile network is only in the initial stages of deployment, and yet researchers have already started to think – what will 6G look like?

How the way is being paved for 6G

The ComSenTer (Center for Converged TeraHertz Communications and Sensing) says that they are already investigating the new technologies that will make up 6G.
According to ComSenTer, one hundred gigabits per second will be streamed to a 6B user with low latency.

In a press release, the scientists of ComSenTer from the University of Barbara say that high frequencies that range from 100 GHz to 1 terahertz will be used for 6G.

ComSenTer also expects that the next generation of wireless connections will offer the speeds of 1 to 100 Gbps to the end user, and will have the MU-MIMO capability of 100 to 1000 independent beams that provide speeds in terms of 10 terabytes per second.

The precision localization will be a fraction of an inch. Along with this, it will supplement GPS, and the 6G imaging techniques will also be able to identify a person or an individual in motion.

While 5G is still trying to connect high-speed devices such as phones, cars or computers, 6G will mostly work on the IoT network.

On April 19, 2018, the Academy of Finland made an announcement for the funding of “6 Genesis.”

It’s an eight-year research that is conceptualizing the development of 6G under the University of Oulu’s Centre for Wireless Communications. In a 6Genesis paper, the director Matti Latva Aho says that a mobile generation is launched every ten years. Based on this prediction, 6G will come around 2030 and will meet all the expectations that were not met by 5G.

6G is going to evolve how the leading industries have been already leveraging the 5G network.

Terahertz Radio Frequencies are one example. The Spatial Multiplexing (a transmission technique in MIMO wireless communication) is already a part of the researcher’s subject. It is a process of how the data signals are sent out and how the bandwidth gets used to its full potential. Overall, these RF’s come with more capacity and requires less power to operate.

When it comes to 6G, the spectrum will go up a notch, and it might incur some obstructions with it as well. But according to Verizon’s Press Release, it is better than 5G, and they also say that the millimeter signal is also more resilient than before. The millimeter wave is a signal when 5G pushes cellular radios up into the multi-gigahertz frequencies.

6G will not only show itself in technological advancements, but it will also show up other major changes due to the digitization of services.

There is a chance that 6G will have intelligent infrastructure that will make it support an incredible telepresence, low latency virtual reality, sensing for the Internet of Things, and augmented reality. Scientists also say that there will be some applications that will be enhanced by the faster 5G radios. 5G applications currently remain constrained due to a single beam approach towards the data transfers.

That being said – it’s not guaranteed that 6G will actually look like what the research is currently saying. According to Ali Niknejad, assistant director at ComSenTer – It is research. “You are looking at future and looking beyond today as well.”

The Future of Mobile Technology

It took five years to finalize the 3G network standard fifteen years ago, and then another 12 years for 4G LTE to become a real-life phenomenon. So now when the 3GPP has almost released the final standards of 5G now, the research on next-generation 6G has started to make sense now.

However, if the predictions are correct, we will have to wait at least ten years to witness the first specification of 6G. That’s a lot of time to get used to 5G and discover any limitations, as well as looking forward to the future. In 2030, the projected population will be 8.5 billion people and the number of Internet of Things connections will be around 125 million. These connections will require a network that must provide bandwidth, speed, and should handle literally millions of connections as well.

For now, we’ll have to content ourselves with 5G – but somewhere there are always people looking for the next best thing. One day, 6G will be the next to cause a stir in the telecommunications world.