The HTC 1X – Your review from a self confessed Geek

After a few days with the HTC 1X, I can see what all the fuss and glowing reviews are all about… but also I can safely say the phone is not for me.

Whatphone asked me to review the HTC 1X and I was more than keen. Why wouldn’t I be? It’s an ICS ( Android 4.0 – Ice Cream Sandwich ) phone – Quad core – and it has all the latest bling. Yet there is something missing. 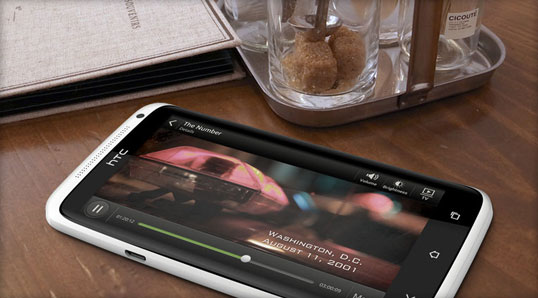 On paper the 1X is an excellent mobile phone, and ultimately it excels at all the technical bits. It has an amazing screen which is fantastic for films… the battery life is great for a mobile of its class (2 days no-charge for me)… it has all the networking and internet capability you would expect. Its beautiful user interface ( HTC Sense 4.0 ) is fluid and a joy to navigate. The construction is solid and overall the 1X is everything you would expect for the price you pay.

It’s not all good news.

The first thing I noticed was that I couldn’t easily unlock the phone with one hand. The power button is on the top of the phone, and not easily pressed to activate the screen. This means you almost always need to use 2 hands to use the phone, one to hold the 1X and the other to press the button.

The next issue was the length of the phone, not the width. I now understand why the Galaxy NEXUS is weighted to the bottom of the phone.

Basically when swiping around the screen using something like a browser or scrolling messages in portrait mode, it’s very easy to “tip” the phone out of your hand. When in portrait, pulling down the ICS menu from the top you can almost loose grip on the phone.

For example: On the Nexus my images stored in Picasa Albums were bi-directionally synching with my phone in a way that meant that I could use the images stored in the Google cloud in the same way as if they were stored locally on my mobile. If I uploaded some images via the PC after a short delay (over WiFi) they would appear on my phone… ready for me to do with whatever I wanted to do. Yet for some reason with the HTC 1X it simply wouldn’t let me do anything with my Picasa images except view them.

Similar to the above, I found little pieces of functionality missing from all around the phone. Is it just HTC Sense? (the HTC skin on ICS) probably… but either way I felt that HTC’s treatment of the default ICS has detracted from the experience, not added to it.

This is not a geek’s phone. It’s more like a “deluxe consumer” phone. I would only recommend this phone to anyone who hasn’t already experienced the vanilla ICS. And definitely wouldn’t recommend it for any geeks out there.
Oct ’12