The Latest iPhone is Missing Something – iPhone 11 and 11 Pro 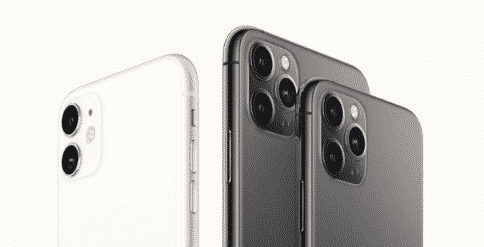 Apple are known for leading the pack, but their latest phones have left out a vital feature for future tech.

The latest Apple iPhones have been announced, and with all the new bells and whistles there was a noticeable feature left out – 5G capability. While it is not necessarily a shock – many tech experts predicted that 2019 would not be the year that brought us the first 5G capable iPhone – the decision to delay the tech puts Apple behind other major companies like Samsung and Oppo.

Here’s why Apple might have chosen to leave 5G out, and what we now know the owners of the latest iPhone will be missing out on.

2019 has been the long-anticipated year that sparked the rollout of 5G, which will eventually reach the majority of the Australian population. While it will probably take until 2020 until most networks are ready to do much more than offer a taste of the technology, the process has well and truly begun. True to their word, this year Optus and Telstra began to switch on 5G at a number of sites around Australia, as they work to boost the existing infrastructure in many more locations.

5G is the next generation of mobile network, following 4G that most of us use today. With major advances in technology between the two generations, 5G promises lightning-fast downloads, nearly undetectable latency (or ‘lag’ – the time between when a command is issued and the network responds), and a more reliable service.

5G makes use of a number of techniques to deliver a higher quality signal to more people at once, and can even deal with times of high demand (such as a group of users all live-streaming a sports match at once) with targeted broadcasting.

5G also makes good use of “small cells”, which reduce reliance on the massive cell towers that are unsightly and offer black spots in coverage when moving from one tower to another. The technology should make it easier and cheaper to deliver good-quality mobile internet signal to rural and isolated areas, a task that is of extreme importance in a vast country like Australia.

So why have Apple decided to release a phone without 5G capability? The most likely reason is that 5G technology in general just isn’t quite ready yet. While Optus and Telstra have heavily invested in advertising their upcoming 5G, upgrading their infrastructure and even switching on 5G in some areas, the practical reality is that the roll-out is still in the very beginning stages.

Most people who do not have a 5G-capable phone will not experience a noticeable difference in the quality of service, even in 5G areas. For those who have purposely hunted out a mobile phone that can access 5G (and are therefore likely to be aware of the limited availability of the network), there are only a very small number of locations where a 5G signal will be available and functional.

Most likely, Apple are avoiding the inclusion of 5G technology because as the iPhone becomes available to the general public, the average buyer shelling out for the latest phone is going to expect that the technology they pay for is going to work. However, with 5G solely reliant on the network provider, there is not much that Apple can do other than attempt to educate potentially frustrated customers on their options for 5G networks. Instead, Apple have chosen to leave the tech out.

Taking Apple to the Next Level

There’s no doubt that Apple have the technology to support 5G ready to go, so the decision to leave it out of this year’s line-up is deliberately done. While other brands like LG, Samsung, Oppo and HTC have 5G phones ready for purchase, they are specifically sold as 5G phones, which means that customers will have to purposely seek them out.

Optus and Telstra have already begun their 5G rollout, and Vodafone look set to go in 2020. At this stage, 5G plans with Vodafone are likely to cost an additional $15 per month, with little word yet from the other two major telcos about what plans will cost.

5G will transform the telecommunications and become a part of almost every area of daily life – but that prospect is for the future. For now, if Apple see fit to leave 5G out of their brand new devices, we can assume that 5G in Australia has a long way to go.