Data Reveals TV Consumption on Mobile not as High as Assumed 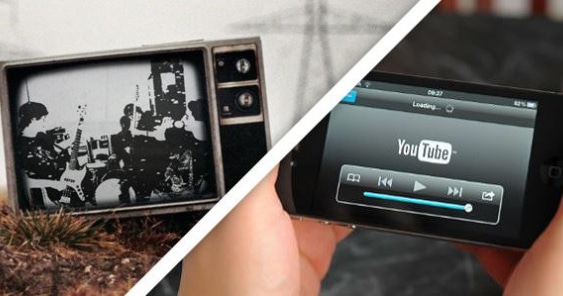 Data reveals TV consumption on mobile not as high as assumed

While smartphone companies would have you believe that all users are continuously on the Internet, streaming videos, the reality is far from accurate. Mobile plans rarely support video watching for too long, and the small screen of the device is a deterrent. Do we all binge-watch Internet-delivered TV for days or are we still watching traditional TV more often? Nielson’s television user data gives some interesting insights on video consumption around the globe. They are a reputed customer research company that studies consumers in more than 100 countries, providing a complete view of trends and habits worldwide.

Is Traditional TV being killed off by the Internet?

The percentage of conventional TV viewing time remains high around the world. For example, Canadians watch 125 million hours of traditional TV every day. In contrast, subscribers in 190 countries around the world watch the same amount of Internet TV over Netflix. 84% of all video consumption around the globe is regular live TV viewing on a TV set, plus a small amount of video playback Almost 50% of those surveyed do watch a video at least once per week on their phone, but they do so for only about 20 minutes. TV viewing time is almost 100 times greater.

However, it is interesting to note that traditional TV consumption is dropping among the youth, especially those under 44. Ofcom, the UK’s broadcasting, telecom and postal industry regulator, released data that revealed the TV viewing habits of UK. Since 2010, viewing on traditional TV dropped by over a quarter among 16-24-year-olds and children, and by 19% for those between 25-34 –year-olds. This led to a drop in average consumption from 4 hours and 2 minutes in 2010 to 3 hours and 36 minutes in 2015.

It is the older generations that are keeping traditional TV alive. Individuals between 55-64 years old reduced their watch times by only 5%, while there was no significant change in viewing for those over 65. It is unlikely that these demographics will significantly shift their TV viewing habits, which means that the traditional TV will still be around for a few more decades to come.

On-demand services popular among the youth.

10% of overall video consumption takes place through devices connected directly to a TV like DVD player, and Apple TV, but this number can peak as cable companies offer Internet-delivered versions of cable, i.e., bundled traditional channels. Much of the drop in traditional TV viewing has been replaced by video streaming of TV shows and movies on conventional TV sets. In essence, millennials aren’t watching less TV, just using a different delivery mechanism.

While it may seem like young people would watch on-demand services over mobile, the fact remains that even millennials (adults 18-34) only watch video on their smartphone for 41 minutes per week. On the other hand, they spend over 1,200 minutes watching traditional TV weekly. Only 6% of all video consumption takes place on PCs, smartphones or tablets; smartphones by themselves account for less than 1%; tablets even less than that.

The changing role of television

Traditional TV is not dying, so much as it is evolving, extending beyond the traditional television screen and broadening to include programming from new sources accessed in new ways.  Andy Rubin, founder of the Android platform and creator of cutting edge smart phone, Essential predicts that in the future people will have 3 screens:

Clearly the TV will not be going anywhere. However, it is poised to go beyond entertainment and become the one-stop entertainment and computing hub in the modern house. You could potentially find all your desktop, laptop, television, Xbox and movie player functionality compresses into one screen, which would still be called the TV!