What Does Internet of Things Mean?

What is the IoT?

Internet of Things, commonly referred to as the IoT, refers to interconnected devices that communicate with the aid of the internet. In essence, these devices can control each other or pass vital information to each other.

You’ve probably already made use of the IoT at home or elsewhere. Take the Amazon Echo or the Apple Siri Hub, for example. These devices control other devices in your home based on your commands or their own intuitive actions based on settings or the surrounding environment.

Also consider your smartphone – a lot of devices these days have apps that can be downloaded on your phone, which can be used to control the device or communicate information about the device’s health or other status to your smartphone.

The ability for one device to control another (or for devices to communicate) can’t be done without an internet connection. This applies to the IoT on a larger scale as well – going beyond your personal smart device and on to smart cities and other industries.

Let’s take a look at these larger scale IoT applications, and explore why wireless networks are ideal for the Internet of Things.

The Internet of Things on a larger scale

Your kid’s smartwatch can serve as a tracking device. It comes with an app for your smartphone that helps you monitor where your child is, thanks to sensors or GPS in the smartwatch, and thanks to the internet which connects both your smartphone and your child’s smartwatch to enable that data/information transfer between the two devices. This is an example of the IoT on a smaller scale, and such devices already have SIM plans tailored to their IoT nature.

You might also have a smart thermostat in your home that adjusts temperatures on its own, based on your settings and the surrounding environment. It might even shut itself down when you leave the house and forget to do so yourself. Or how about those lights that shut off when they’re not being used, thanks to sensors that detect your presence (or lack thereof) or the time of day? Or sprinklers that water your lawn when their sensors detect it’s necessary, saving water and your lawn. These are also IoT examples in your smart home.

But the IoT goes beyond the home and on to larger applications. However, the purpose is all the same – make things work more efficiently and improve overall quality of life.

So let’s take a look at broader IoT applications: 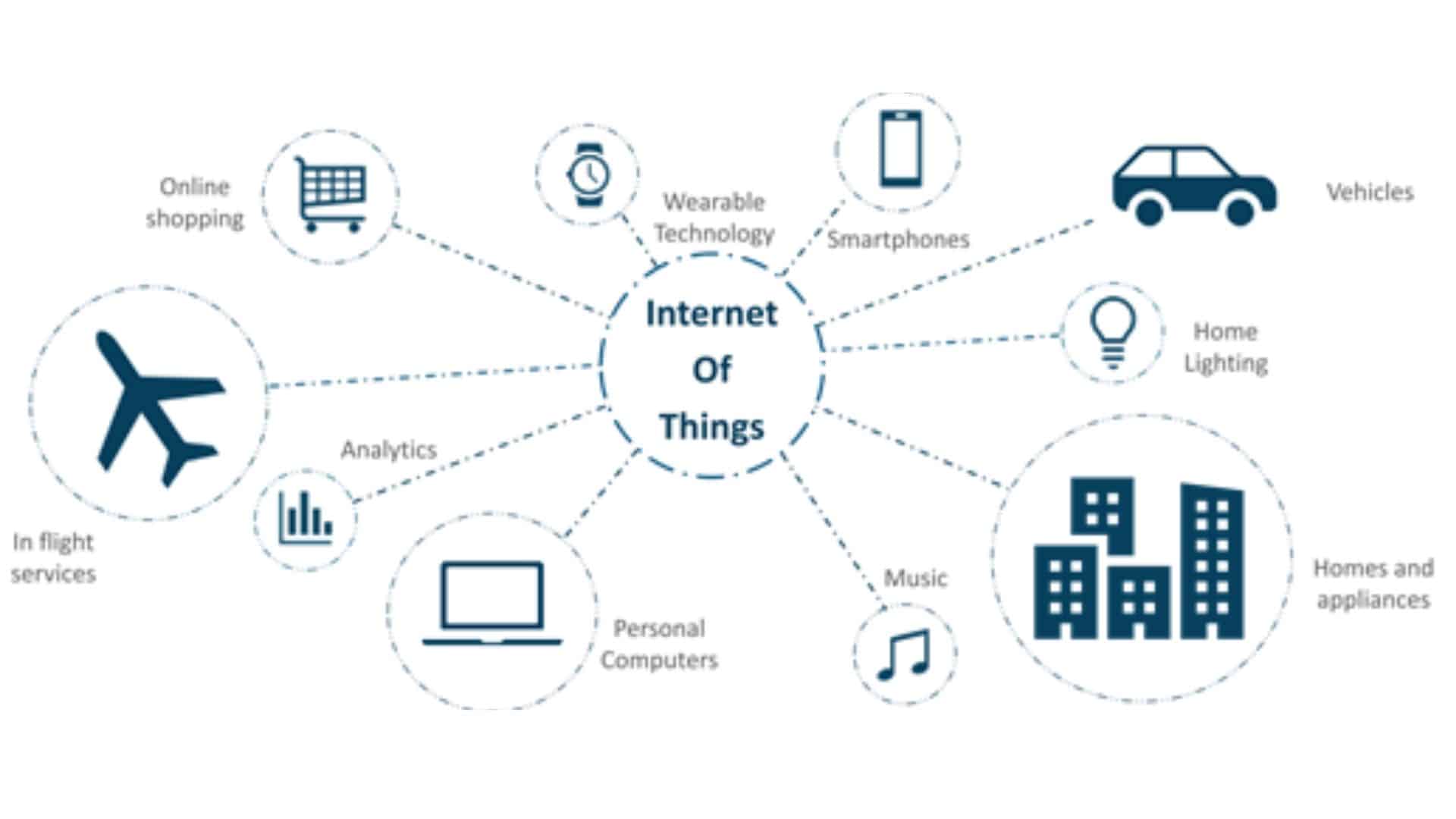 The IoT applications are endless across several industries, and these are just some examples. But the overall purpose, as stated, is to improve efficiency and quality of life.

The Internet of Things thrive with wireless network availability

IoT applications typically involve sensors of some kind, and the internet to communicate whatever those sensors detect or whatever a user commands. These devices are typically far apart from eachother, and so connecting them with wired networks just isn’t feasible.

Because the IoT thrives in a wireless network environment, this opens the door to some other questions. Will the wireless networks’ speeds be fast enough? Will the latency be low enough for almost instantaneous communication? With 5G coming into the picture, the answers should be affirmative, and this should result in the IoT becoming a widespread technology.

The Internet of Things is all about efficiency. IoT devices range from industry to industry, both in small and large scale. Your home likely has some IoT devices already, and so does your workplace. Australia is already making room for IoT applications in a smart city setting, and so you might experience the IoT on the go. The IoTis expansive, and it’s only in the early stages. With wireless networks becoming stronger and stronger, the IoT will have a more welcoming environment to expand.