What is an Unlimited Everything Plan?

Plans with unlimited talk and text have grown popular over the past few years. Before that, telcos mostly offered a range of plans with metered airtime – say, maybe 300 minutes to make calls and a limited number of texts. But today, pretty much every telco in Australia offers phone plans with unlimited national call and text, and even MMS.

But what about data? Now, that’s a different story. While mobile broadband and fixed wired home internet connections come with unlimited data offers, finding such in a phone plan is pretty rare.

Unlimited everything plans do just that – they offer you unlimited data (in some form) in addition to unlimited voice, SMS, and MMS. But even in that vein, the Australian telcos that offer such plans aren’t really giving you unlimited, un-capped data. Instead, you’ll be given a certain amount of high speed data, and when you exhaust that high speed data the telco throttles your download speeds to 1.5 mbps.

Technically, you’re still getting unlimited data – even though your speeds get slowed down to 1.5 mbps, you can browse as much as you want until your next billing cycle. Add that to the unlimited talk and text, and you have an unlimited everything plan.

Phone plans with unlimited inclusion from Telstra, Optus and Vodafone

There aren’t many unlimited everything plans out there, but you’ll find a ton of plans with other unlimited inclusions. We mentioned unlimited talk and text, and those are pretty important.

We’ve dedicated a page to the best unlimited plans in Australia, so you can head over there for more details. But first, here’s a quick look at some phone plans with unlimited inclusions from Telstra, Optus, and Vodafone.

Where and how to get unlimited eveything plan

While all three major Australian telcos offer plans with unlimited talk and text, only Telstra and Vodafone offer unlimited everything plans. They include certain amounts of high speed data, which get throttled to 1.5mbps speeds of unlimited data when exhausted.

Are unlimited everything plans worth it?

Unlimited everything plans are rare in Australia, and they range between $40 to $100 when you consider both Telstra and Vodafone. That means they might be a bit pricey if you’re looking for less expensive offers. In that, case, they might not be much to look at for you.

But answering the question of their worth really comes down to how much data you consume. If you don’t use a lot of data, then you might never get to experience the “unlimited” throttled data because you may never even exhaust your plan’s high speed data inclusion. In that case, such a plan won’t be worth it. 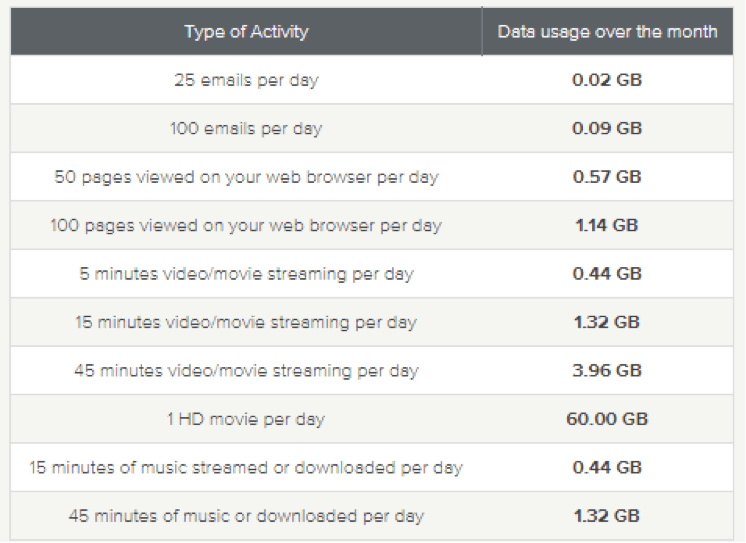 If all you do is view emails and browse the web, then you probably don’t use enough data to find an unlimited data plan worth it.

If, on the other hand, you use a lot of data, then the “unlimited” 1.5mbps speeds data might come in handy. After you’ve used up all your high speed data, you’ll have something to fall back on without having to purchase an add on for data, or pay for data overages.

But note that 1.5mbps can only do so much. If you’re used to heavy streaming of movies, and pages loading very quickly, then you might get frustrated by throttled data speeds and find that it’s not worth it. On the other hand, if you just stream music, open emails, use social media, and so on, then you might find it worth it.

Read all about my month living on one of these unlimited “throttled” everything plans so you can get an idea before purchasing one.

Unlimited everything plans in Australia offer you some high speed data, which are then throttled to 1.5mpbs speeds when exhausted. You can use the throttled speeds as much as you like until the next billing cycle. They’re referred to as unlimited everything plans because they also include unlimited talk and text. Telstra and Vodafone are currently the only telcos offering these plans. So far, they are only available on postpaid offers, which makes the offers even more rare.