What is a Dashboard Cam?

An Assortment of Dashboard Cameras. Source

Technological advances for cars are typically made to serve three purposes: Offer entertainment, increase comfort and convenience, and/or make vehicles safer to drive. Unlike most gadgets for cars, the dashboard camera carries out neither of these functions, focusing instead on capturing evidence for a just-in-case moment.

Dashboard cameras (or dash cams) may seem like a new technological innovation but they have been used in the U.S.A (United States of America) since the 1980s. They are essentially portable video cameras, often small and compact, and typically installed either on the dashboard – hence the name – or the rear ends of the vehicle.

These devices work in a very simple manner. Once installed, they are wired directly to the vehicle’s electrical system. If designed to run when the vehicle isn’t in use, the camera is connected to an internal battery or second external battery. This is to ensure that the device does not run down the vehicle’s battery.

In a country such as Australia, where road fatalities are frequent, dashboard cameras are an indispensable addition to a driver’s accessories. One of the primary goals of dash cams is to increase overall road safety (as opposed to the individual driver’s safety) and driver awareness.

This is done by holding drivers – commercial and personal – accountable for their roadside behaviours. In Australia today, owning a dashboard camera holds the same level of importance as having car insurance. If involved in unfortunate incidents such as automobile accidents, dashboard cams hold irrefutable evidence to support claims. Evidence can hardly be forged or denied where videos are concerned. 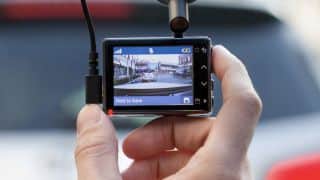 Dash Cams are designed to record videos in continuous loops and once storage is full, record over the oldest files in the memory drive.  Cams typically run on the electrical system of the vehicle, but an additional power source can be obtained to allow the device run at all times. This power source can be in-built or external.

What are they used for?

In Australia, road fatalities are relatively high. An in-depth analysis of road fatality data collected in March 2018 indicated the following:

It is an established fact that a good number of Australians are taught to drive by parents, friends, and/or siblings. In some cases, drivers are self-taught. Driving motor vehicles is an everyday risk for drivers and pedestrians alike, and this is probably even so considering that most drivers aren’t taught by professionals. Dashboard cameras help drivers maintain a consciousness of safety while being on the road.

Dashboard cameras hold numerous parties on the highway accountable for their actions. From civilian drivers to other drivers and even government security officials such as police officers, dashboard cameras provide the unbridled truth to roadside behaviours.

Dashboard cameras are the ultimate proof against undisciplined drivers. They can be used by government as security operatives to capture a plethora of driving mishaps, including:

Even in drivers who obey the spoken and unspoken rules of the road, accidents can occur. These accidents are often due to the irresponsibility of other drivers. In such scenarios, dash cam evidence can be used to prove innocence and obtain insurance benefits.

Dashboard cameras are manufactured by numerous digital media companies. Some of these companies include:

Dash cams have become a staple in today’s world, sometime even coming built into a purchased vehicle. The importance of these devices can’t be overstated, especially where automobile accidents are involved. In such situations, it is usually a case of word against word, leaving little to determine whose word is in fact accurate. There, dash cams would provide visual evidence of the actual occurrence, resulting in easier decisions of wrongdoing.