What is ‘Grandfathering’ a Phone Plan? 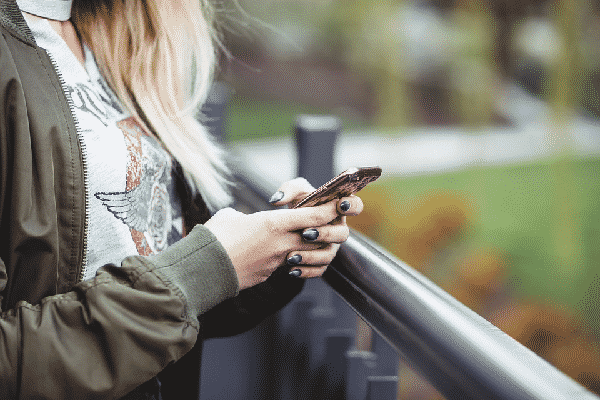 Although quite popular, many don’t really know what grandfathering a phone plan means. Simply put, grandfathered phone plans are plans which allow existing subscribers continue utilizing the service even though it has been tweaked or removed completely.

Why do grandfathered phone plans exist?

Telcos offer grandfathered phone plans to subscribers for one simple reason: They would rather grant exemptions to a few subscribers than lose customers altogether. When phone plans are tweaked or removed altogether, they affect those currently subscribed to them. If the new plans available on the network do not adequately cater to the subscribers of the former phone plan, they are more likely to look for better offers from other telcos.

To avoid losing current customers, many network operators opt to provide their subscribers with exemptions — grandfather plans — until they are ready to ease into existing plans or until their former plans expire.

However, in some instances, telcos might be desperate to get you off your older, better plan and on to a newer, less attractive plan without your consent. In such a case, your older plan may have been grandfathered, and the telco would like to move on from its benefits that may have been the result of a special offer.

An example of this occurred when a Vodafone customer was bumped from his existing plan to a newer plan. The newer plan was clearly less attractive than his older plan, but Vodafone tried to make it look otherwise. The customer took to social media to expose the ploy, causing Vodafone to make an attempt rephrasing the offer. 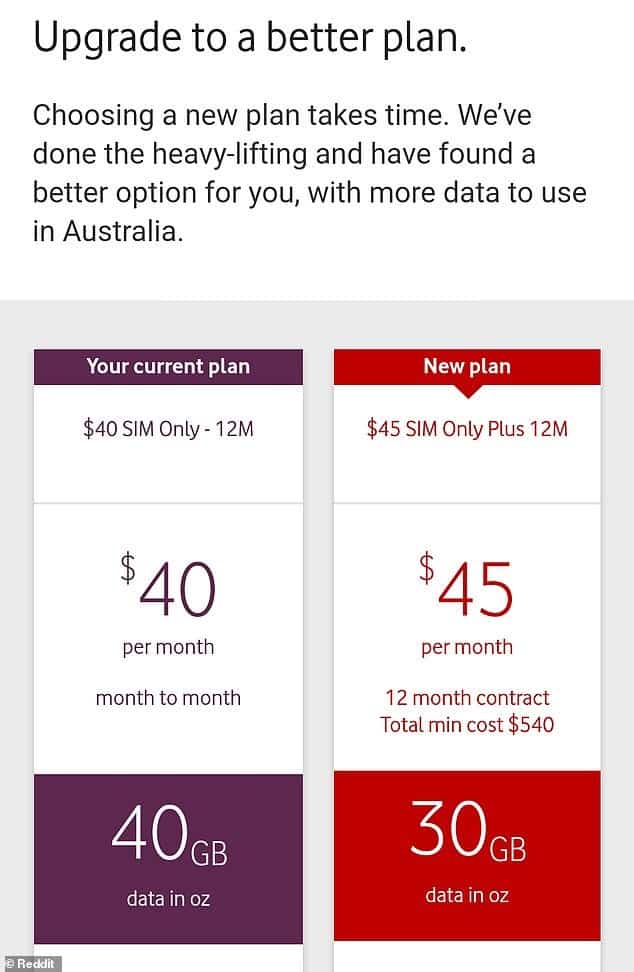 Vodafone tried to bump an existing customer off a better plan to a newer plan that was less attractive. Source: Whatphone

Am I on a grandfathered plan?

If you are subscribed to any phone leasing plan offered by any major telco, there’s a very good chances that you are on a grandfathered plan.

Earlier this year, both Telstra and Optus scrapped phone leasing plans from their list of services. Telstra scrapped its classic handset lease plans on the 25th of June, 2019 following a public announcement on its various platforms. Optus removed its options for leasing handsets on the 22nd of July, 2019, roughly a month after Telstra.

Instead of moving existing phone leasing customers to the new system, these telcos leave their contracts and plans unaffected. On the Telstra network, subscribers will be able to retain their leases. However, at the end of a 12-month period, they will be given the option to upgrade their device — as long as it is in good working condition. This means the device must be free  of cracks and breaks, save for normal wear and tear of mobile devices. If this option is not taken, they can simply wait for the lease period to elapse and return the device.

With Optus, the stakes are slightly different. Subscribers are allowed grandfathering advantages in all years of their lease plans, unlike Telstra’s 12-months limit. For those in the first year of the contract who wish to upgrade their devices, a new non-leasing plan must be entered.

Final words: Are there any benefits to Grandfathered phone plans?

A grandfathered phone plan can be seen as a consumer advantage. In situations where a customer takes advantage of a great deal, that deal is only likely to last for a limited time. For that customer that does take advantage of it, however, the deal might be grandfathered even after the offer period has elapsed.

However, the same applies to a bad deal. With the frequent changes made to phone plans today, it seems as if better deals become available frequently. There’s a good chance that after you take advantage of what you once thought was a great deal, an even better deal surfaces. In that case, your plan might be grandfathered, preventing you from taking advantage of the new and better deal that is only available to new customers.

In many situations, the telco chooses to revise its existing phone plans in order to offer more value to existing subscribers. But there may be some customers who prefer their plan just the way it is, regardless of whether the telco believes its new offer is better. Again, in such a scenario, grandfathering that plan for such customers may help keep them as subscribers.

Perhaps the biggest benefit of grandfathered phone plans are their ability to ease existing subscribers on the network to newer plans after the existing plan expires. Grandfathered plans are often linked to newer, more valuable plans in order to secure a transition upon the expiry of a former plan. That way, the telco retains the customer while the customer retains the value.