Where Can Dashboard Cams Be Bought 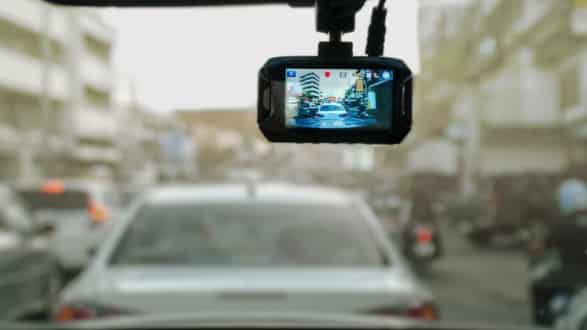 Dashboard cameras have been around for a while, but have recently become more popular

Dashboard cameras (or dash cams) are no new innovation. The use of analog video cameras by select police departments in the United States can be traced back to the 1980’s. They are compact cameras which serve one primary purpose: recording everything that goes on in and around an individual’s vehicle.

These cameras record videos in a constant loop, with newer files replacing older and unimportant ones. Just as the name implies, dashboard cameras are either attached to the dashboard of the vehicle or the rear end. In any case, they are positioned in clear spaces where they can capture the necessary footage.

In Australia and other communities around the world, the use of dashboard cameras grows by the day. Millions of drivers are using dashboard cameras to protect themselves from a number of unfortunate incidents, including:

The need for vehicular safety is on the rise worldwide. This rising awareness has bred high demands for these gadgets. Dashboard cameras protect the interests of commercial and personal vehicle owners alike, fulfilling the needs that drive the high demand.

According to Grand View Research, the market size of dashboard cameras is expected to hit $5.96 Billion USD (United States Dollar) by 2025. Clearly, drivers have embraced the benefits of these devices, and you likely will after a bit of research.

Where can I buy a dashboard camera?

With the growing popularity and demand for dashboard cameras, many drivers are interested in information on where they can purchase the devices. A good number of quality dashboard cameras can be purchased with ease via the internet, but they are also available in stores.

Dashboard cameras can be purchased from mainstream commercial websites such as Amazon. They can also be obtained from the websites of companies who manufacture dashboard cameras.

Some of these manufacturers include:

When buying dashboard cameras from mainstream commercial websites, individuals have to be careful not to make purchases from shoddy vendors. It is strongly advisable to purchase these items from verified vendors.

Dashboard cameras are not cheap gadgets and consumers are advised to be wary of ‘too-good-to-be-true’ offers. They are often fraudulent and consumers stand the risk of being duped. Besides these factors, buying a dashboard camera with standards lower than the desired quality can mar the experience of utilizing the gadget.

The ease of online shopping does not appeal to all parties, however. For such individuals who prefer to make purchases in person – perhaps to confirm quality and other parameters – walk-in hardware stores generally carry these devices. These stores have multiple outlets in various suburbs and districts, and are simply too many to list. Here are couples:

Dash cameras serve as a security and safety feature, visually documenting what goes on around your vehicle. This can come in handy in critical situations such as automobile accidents. With visual evidence to back up whatever claims you have regarding such an incident, chances are that your case will certainly have a greater chance at a positive outcome, be it in court or with an insurance company.