Why Does Telstra Give Away Telstra Air Free to Everyone?

Free Telstra Air – is there a catch?

Telstra Air is the largest WiFi network with over a million hotspots here in Australia, and 19 million hotspots across the globe. Telstra provide WiFi access through phone booths scattered throughout the country, but there’s another key participant that makes up those 1 million hotspots (we’ll get to that later). 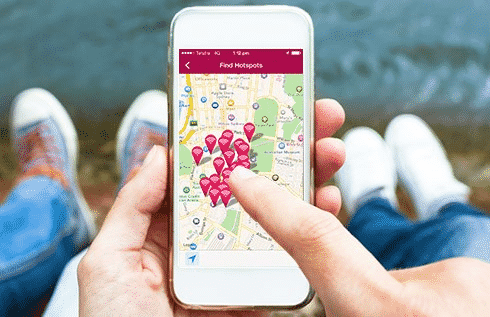 Here’s the best part: Telstra Air is free for Telstra customers. That’s right, you can access the WiFi network wherever you pick up a signal, and you’ll continue with your unlimited data usage on the go for free as you move from hotspot to hotspot.

It gets even better: Telstra is now allowing non-customers get free access to Telstra. In fact, this free access for all Australians also includes phone calls from all Telstra phone booths across the country.

So why all these good deeds from the giant telco? Since when do major businesses become so charitable to an entire country? I thought profit was the goal? Maybe Telstra are just kindhearted, or maybe there’s something in it for them.

Telstra Air is now free for all Australians, not just Telstra customers

Telstra are doing their part in helping out those affected by the bushfires. Their disaster assistance package initially made Telstra Air available for free to those in Queensland, New South Wales, Victoria and South Australia, along with free calling from phone booths.

Telstra have now expanded that offering to the entire country, granting Telstra Air access to everyone (even non-customers), along with free calls from pay phones throughout Australia.

Telstra go a step further: If you’re a Telstra customer, you get data-free access to:

This is all good news – I mean, who doesn’t want free WiFi? But there are some things you should be aware of before you take advantage of Telstra Air.

Telstra are going through a rough financial stretch

The past few years haven’t been great for Telstra financially. The telco had to propose the T22 strategy, revamping virtually all of their offerings to simplify things and keep up with competition, and they are currently implementing that plan. For instance, their revamped prepaid and postpaid plans last year significantly simplified their mobile phone offerings.

The telco has been reporting financial losses for a while now, and axed 10,000 contractors and 8,000 employees last year.

Adding to these woes is the ACCC’s recent prediction that the telco will lose market share in rural areas, where the telco has been known to be the most dominant force. Apparently, the NBN rollout will affect the telco negatively, and Telstra have complained about how unsustainable the NBN’s high wholesale prices are. The NBN wholesale scheme has already had negative impact on Telstra, as they continue to report significant revenue losses every quarter.

So how does a telco that’s dealing with such financial woes find a way to give out free access to their network? Perhaps knowing a couple of things about how Telstra Air works can help us make some inferences.

When you signed up for Telstra Internet service (NBN or ADSL), you joined the large network of Telstra Air. Whenever your internet is on, you’re automatically broadcasting two simultaneous WiFi hotspots: one for your household (password protected) and one for the public (open access Telstra Air).

That’s right, your home network is, in fact, part of that 1 million hotspots figure Telstra advertise. This raises some questions, most of which have to do with security and bandwidth.

These points make Telstra Air some sort of cooperative WiFi network, not some free give away on Telstra’s part alone. That is, Telstra aren’t just giving out free access; you, the Telstra customer, are helping them do that.

2. Telstra collect your data when you use Telstra Air

We’re in the information age, and Big Data is king. So I’m sure you’ve guessed that Telstra aren’t just going to give you free access to their WiFi without storing some information about you.

So what exactly do Telstra collect when you access Telstra Air? According to their website, they collect “aggregate data” about:

And what do Telstra do with that information? According to Telstra, they only use it to improve their service and “develop new and better ways to connect.” Again, whether or not you choose to believe that is up to you.

Final thoughts – should you opt out of Telstra Air?

Telstra Air was a great idea when it was only available to Telstra customers, and now that it’s available to everyone in Australia, it’s even greater. You can’t deny that. The idea of a telco providing free WiFi access to an entire country is hard to imagine, but that’s exactly what Telstra are doing.

But you should know just how Telstra Air works – if you’re a Telstra Internet customer, you are Telstra Air just as much as that phone booth is Telstra Air. This means you’re govong access and bandwidth to whoever comes close to your home and decides to use Telstra Air.