Why is No one Buying 5G Phones / SIM Services?

Telstra plans to expand their 5G coverage to 70 percent of the population by June of next year. Telstra CEO Andrew Penn has stated that Telstra over 10 million Australians “live, work or pass through” their 5G foorprint, which is already expanding to 53 cities and towns in the country.

The telco is accelerating its 5G rollout to capture a sizeable lead in the market ahead of Optus and Vodafone. Earlier this year, Telstra decided to bring forward a $500 million expenditure that was planned for 2021, helping to accelerate the rollout even further.

Telstra has made adjustments to its plans to hammer out the details of how to access their mobile 5G plans, and at what costs, while Optus and Vodafone remain silent on the specifics of mobile 5G plan costs.

The coronavirus has changed many things, including Australians’ spending habits. Many Australians had to stay at home to prevent the spread of the virus, while many also lost their jobs.

The economy also took a hit and we’re currently experiencing an economic downturn which could possible lead to a recession. These factors have contributed to a general shift in how Australians intend to spend their hard earned cash.

During the height of the coronavirus pandemic, we reported on a survey by data analytics company IRI Australia, which suggested that only 15% of Australians plan to spend the way they did prior to the COVID-19 pandemic.

The survey also indicated that the majority of the respondents expect a weaker economy for the next 12 months. 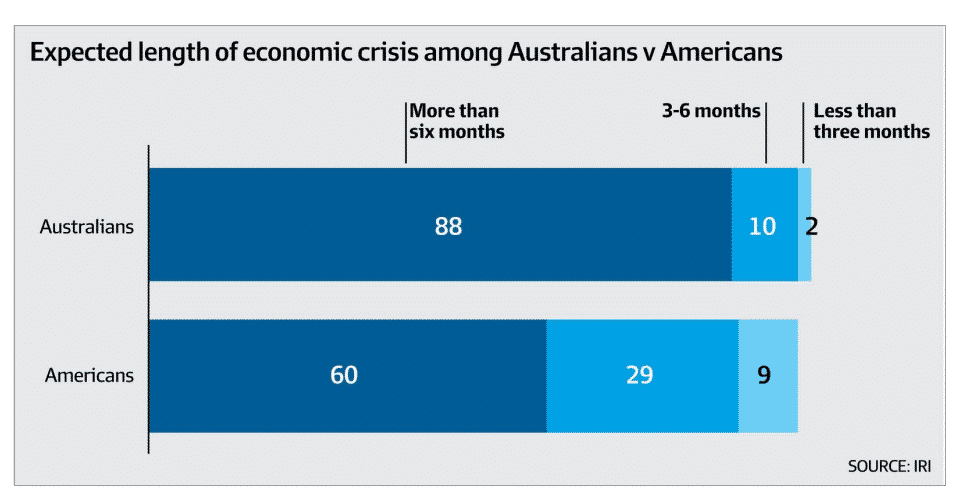 5G is already shaping up to be more expensive than 4G

While Optus and TPG Telecom (Vodafone) have dodged the question of exactly how much mobile 5G will eventually cost their costumers compared to 4G, Telstra has set its prices for the service already and it’s turning out to cost more than 4G. When the other telcos decide to address pricing head on, they will likely charge more for 5G as well.

5G, essentially, is being viewed as a premium service. Its faster speeds, higher bandwidth, and low latency are the selling points for its premium nature. It is also a costly technology that telcos are investing heavily in to roll out. These costs will likely be passed down to customers who want a taste of 5G networks.

Here’s a look at each major telcos take so far on 5G SIM plan pricing:

For consumers, this is what 5G looks like: Increased costs for 5G SIM plans when compared to 4G, and a need to upgrade devices to 5G compatible phones, which are quite expensive. But right now, Australians have no desire to spend more on anything, and this includes 5G – especially when there is a viable alternative in 4G, which is pretty fast and efficient itself.

To convince Australians to pay more, 5G would have to be significantly better than 4G – sort of blowing 4G away so convincingly that they almost feel as if they need 5G. At this point, it’s difficult to see that happening.

However, in the future, the ongoing economic downturn will right itself. At that point, things should be back to normal and Australians might be willing to spend more, after racking up some disposable income. When that happens, perhaps we’ll see a willingness to pay more for 5G. But as for right now, 5G being sold as a premium, more expensive service might just make it unattractive to the majority.