Why Mobile Broadband is so Expensive in Australia

Mobile broadband solves a lot of the drawbacks of fixed wired broadband services. They give you mobility, so you can take your internet connection where you do, as long as your provider has network coverage. They are also easy to set up so you don’t have to pay installation fees, or re-connection fees when you move.

Wired broadband services fail in those two aspects. They are stuck wherever they are installed, so you can’t take your internet connection with you. They can also cost you money to install because a technician likely has to physically set it up for you. Also, if you move house, you might have to pay to have your service reconnected wherever you move to. 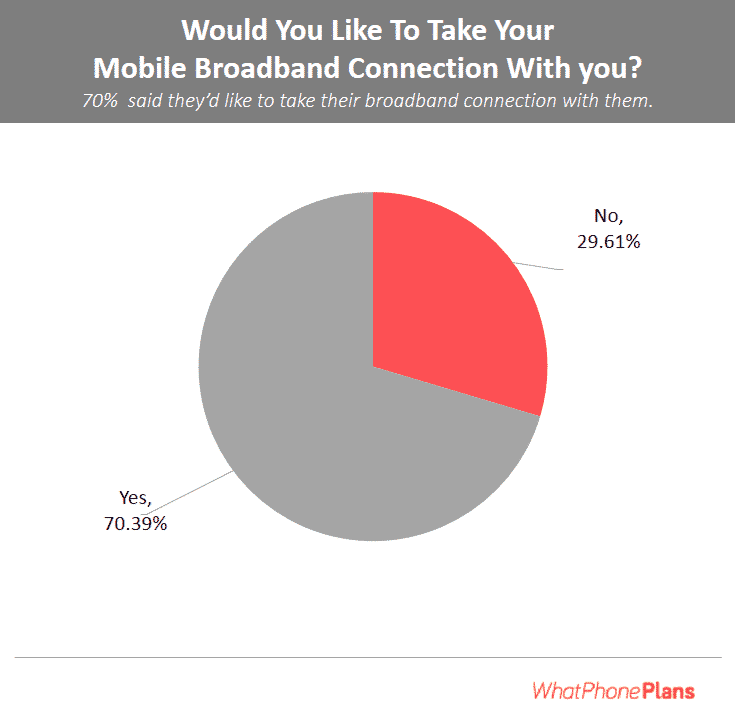 But are these drawbacks enough to explain why mobile broadband is so expensive in Australia? Wired broadband solutions have their own benefits, but they might cost less than mobile broadband when you consider their data inclusions. So why is there such a difference in data costs?

Mobile data, in general, is more expensive because of infrastructure costs

It’s not just mobile broadband data – mobile data, in general, is more expensive than wired data. The reasons behind this are the high infrastructure and acquisition costs involved with mobile data.

While fixed broadband services have their own costs, they aren’t as high as mobile broadband, or mobile data in general. The high costs of mobile data all boil down to those infrastructure and acquisition costs being passed down to the end user.

All three of the major telcos in Australia offer mobile broadband plans. You’ll also find offers from many MVNOs in the country, such as Amaysim, OVO, and Yomojo. This means that even though mobile broadband might be considered as expensive when compared to fixed broadband, the competitive market means you’ll still find a lot of great deals.

Mobile broadband plans are usually either postpaid or prepaid.

Your mobile broadband plan is powered through a SIM. If you have a device with a SIM slot, then you simply plug in your SIM card into the device – for instance, a tablet.

But there are also mobile broadband devices like pocket Wi-Fi and dongles. These devices have SIM slots as well, but they give the added advantage of simultaneous connections for many devices. However, USB dongles that plug directly into a device might only power that device alone.

To figure out the right plan for you, be sure to check the provider’s network coverage. Also take note of your internet usage to determine which data plan fits your data usage needs.