Why We Text Before We Call 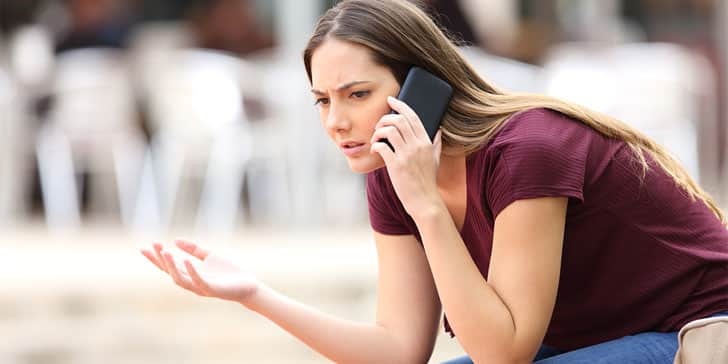 The Declining Popularity of the Immediacy of Phone Calls

Technology changes our lives, but that mostly depends on how we decide to use the technology. This couldn’t be more accurate in any case than in our daily use of cellphones. Our desire for more predictability and planning has modified our predispositions towards calls and text.

There’s a growing trend of reluctance to respond to phone calls which are made without prior notice. To boot, the increasing number of calls from robots, scammers, telemarketers and charity services is weighing down people’s aptness to answer the phone these days. In effect, texting is fast-becoming the predominant mode of communication — one that allows for a more convenient timing of response.

Texting is regarded as an asynchronous communication — it doesn’t necessarily require an instant response in order for the effort to be deemed successful. Unlike calling, failure to receive an instant response doesn’t necessarily imply a failed attempt. So, when texting, the receiver is usually not expected to respond immediately, and that can be of great advantage to anyone regardless of occupation, personality, or personal needs.

This increasingly commonplace desire to receive a prior notice ahead of a call is akin to the cultural shift in how people go about paying visits to people’s homes. It’s now considered an act of indiscretion to visit someone’s home without calling in first, unlike the past when unannounced visits were an integral part of social life. 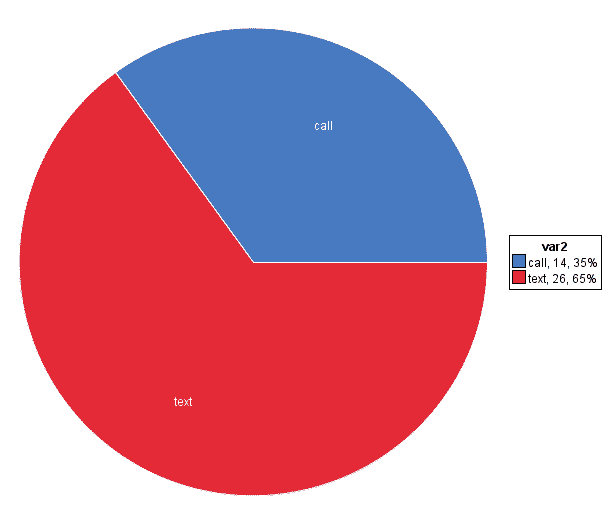 Unexpected phone calls are now considered quirky and interruptive, while text messages and messaging apps are regarded as a more convenient option, and normal behaviour.

Phones are dynamic utilities. According to the results of a research by Deloitte in 2018, 96% of Australians own some sort of phone. However, the research shows that fewer than half of phone users in the country use their phones for voice calls on a daily basis, and nearly 1 out of 8 hardly use their phones for voice calls at least once in a week.

The research also found that a larger section of the respondents took a dim view of calling without texting first. They expressed anxiety at phone calls coming in unannounced, with expectations of bad news coming in on the other end. After all, what else would make someone call unannounced? That seems to be the line of thinking on most in today’s society.

Many people even deem calls an unnatural way to have meaningful conversations. For instance, you can’t have a normal conversation if someone rings you up abruptly and immediately demands your undivided attention during an inopportune time. People with such a dim view of phone calls appreciate the different sense of timing inherent in texting. They’d rather just text to send in their inquiry and then wait for the receiver to get back to them at their earliest convenience. 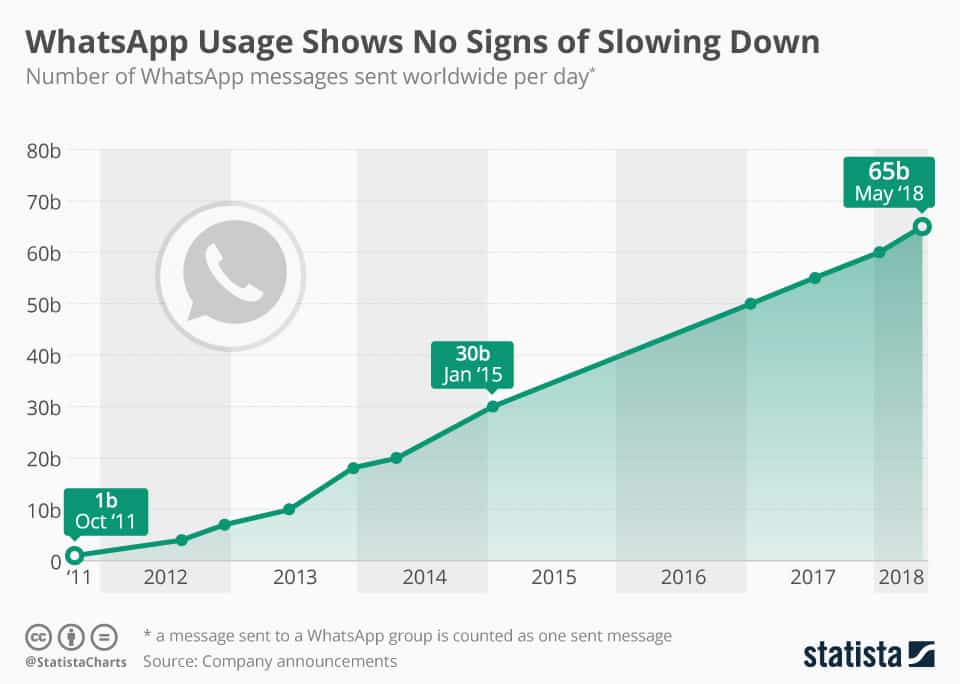 Use of texting apps continue to increase. Source

Perhaps there have always been people who detest and dislike unexpected phone calls. But since the introduction of SMS, those people increased, adding a new group of people who prefer texting to calling. That practice is now increasing at an unprecedented rate as the preferred standard for telecommunication. This trend is nascent, and more research is still needed in order to determine its full range of consequences.

This is probably to be expected, as humans have simply become busier. In fact, in today’s society, people are busy even when they aren’t necessarily busy. Long are the days when you had to be out and about to have something to do. One can easily sit on the couch for a whole day, keeping busy by tapping a smartphone or streaming a movie on the device. With such behaviour being quite common now, any interruption from an unexpected call can be quite jarring at any time of the day — busy or not.

All in all, this trend is a plus for productivity, since it helps curb the distractions from phone calls that mar focus and momentum. However, there’s also the worrisome implication of the trend that points to a widespread psychological reclusive state, threatening to disrupt the nature of societies where it’s normal practice for people to interact with each.