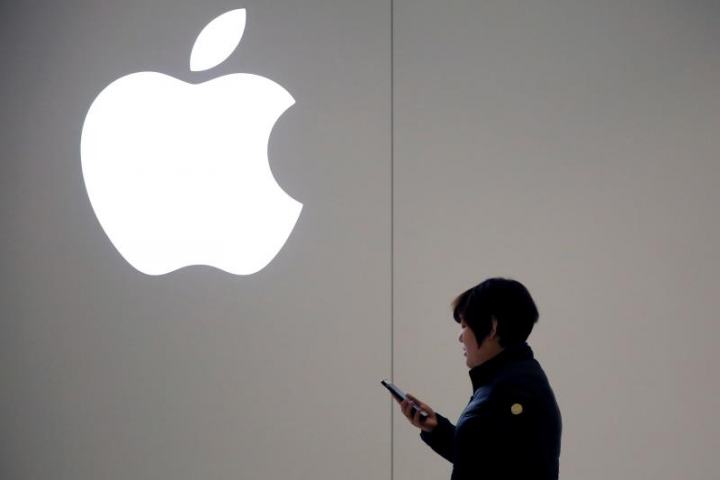 Due to market stagnation for hardware, Apple is now focusing on services

Recently, iPhone sales have started to plateau – largely because people who want to own a great smartphone already have one. According to Apple CEO Tim Cook, the reason why Apple sold fewer iPhones than it had anticipated in the final months of 2018 is that there are too many good smartphones already out on the market.

Let’s look at the average selling price for Apple’s products between 2008 and 2018. 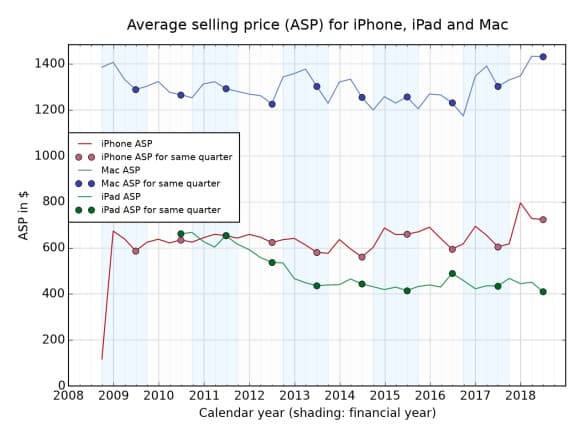 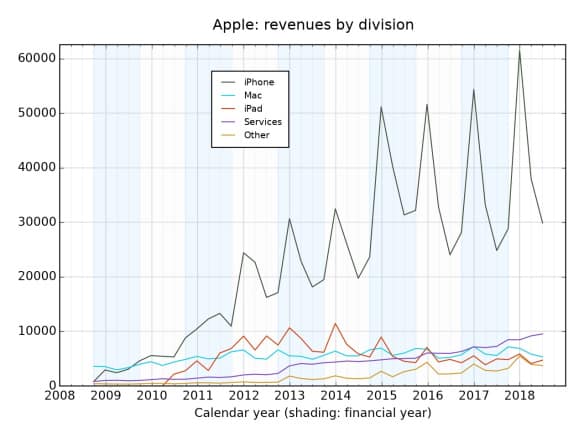 The iPhone is the most popular brand, so when the company experiences stagnation it can be considered indicative of the rest of the market. However, while hardware sales may have slowed down, in the first quarter of 2016 services offered by Apple have increased in popularity. More and more people are subscribing to services such as Apple Music and iCloud, and the number of customers continues to add up.

In the face of market stagnation, it appears that Apple’s focus is shifting. The tech giant is now paying more attention to Apple’s services business, which ranges from their App Store to licensing deals. These services may form the next big frontier for Apple for revenue growth. More than ever, the company is motivated to sell ongoing subscriptions for things they can do on their devices, instead of solely focusing on the devices themselves.

The speed at which Apple is moving forward with offering services suggests that customers may soon be able to buy Apple phone plans.

Last month, Apple unveiled its original TV shows and movies with an investment of around $2 million. The company also revealed its plans to launch Apple TV Plus. This subscription service will be for Apple’s exclusive original shows and films, and will be supported on Apple’s revamped TV app, where Apple TV Plus operates with other video subscriptions such as HBO or Starz. However, there is no Netflix with this subscription service. The refresh of Apple’s TV app will be live this month.

The company says that Apple TV will not have ads and will be available in over 100 nations worldwide. It will also be available as a part of Apple’s family sharing feature, allowing you and up to five members in your family to share a plan.

Last month, Apple also announced Apple News+. This new subscription service will bring together more than 300 famous magazines, renowned newspapers and digital publishers into a convenient and well-organized experience within the Apple News app. Currently available in the USA and Canada, Apple News+ shows the best articles according to a wide range of interests from popular publications, such as ELLE, National Geographic Magazine, Los Angeles Times, The Wall Street Journal and more.

Apple News+ features an even more expansive collection of stories for free to subscribers. It is a leading news app and provides the latest events coverage from trusted sources. Apple News users in the US, UK, Canada and Australia can enjoy the free news experience within an iPhone, iPad and Mac application, including access to trending stories and a personalised feed of articles.

During the recent quarter, Apple’s services helped them make more than $10.9 billion, setting records in all geographic segments, according to Tim Cook. He also said that Apple would double its services business from 2016 to 2020.

Services brought in more per quarter than sales of the Mac ($7.4 billion last quarter), iPad ($6.7 billion), as well as wearables, home, and accessories together brought in $7.3 billion. This balance will continue to shift as Apple is pushing its services business harder by introducing more services that its customers can buy or subscribe to.

In an industry that is rapidly becoming saturated in some areas, it makes sense for an innovative company like Apple to explore other avenues to attract customers. As Apple is offering continually expanding its services business and an increasing number of people are using those services, it’s expected that the company that brought you the iPhone may soon start offering phone plans for it too.