Winners and losers in the mobile phone blackspot program 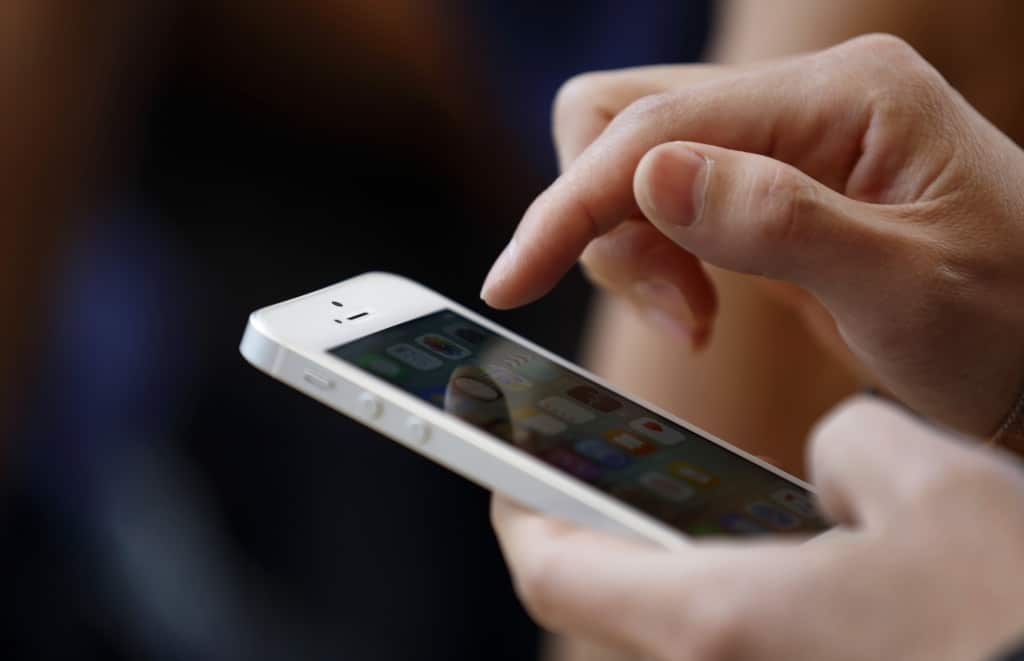 The two biggest of Australia’s telcos, Optus and Telstra, have quickly grabbed the 2nd round of government funding of the mobile blackspot program. Optus in particular didn’t gain much from the 1st round of funding. It is now set to build 114 new mobile sites by adding $36.4 million to the $26.4 provided in state and federal funding. Telstra is intent upon using the remainder of the $60 million set aside by the federal government to construct a similar number of mobile sites as Optus.

A representative of Optus, David Epstein, responded to the expansion by saying that more investment is the best way to sustainably improve coverage in Australia’s regional areas as well as ensuring competitiveness is still maintained. He said the company had invested around AU$1.6 million improving the strength of current networks. Following its bid is the development of sixty five base stations and putting into the field forty nine satellite small cells which the telco uses rather than building mobile towers in the more remote areas.

Telstra, which managed to gain funding for four hundred and twenty nine sites in the 1st round, will with this 2nd round of funding construct one hundred and forty eight 3G/4G mobile base stations. Mike Wright stated that the federal black spot program encourages telcos to meet the demands for regional Australians who are after 4G mobile connectivity like everyone else.

Vodafone is in a slightly different position as it only gained funding for 4 more base stations. As a result, it is calling for the Australian Competition and Consumer Commission (ACCC) to support domestic roaming. Its grounds for requesting this is that it believes Telstra is getting more than its fair share of the cake and the only way around reducing this dominance is by the ACCC declaring wholesale domestic roaming.

The Australian Competition and Consumer Commission (ACCC) is not just sitting on the fence. While Vodafone has clearly been the loser in the 2nd round of the MBSP funding initiatives, the ACCC is about to launch its 3rd inquiry into the issue of domestic mobile roaming. If the ACCC was to announce the initiation of such a service the two biggest telcos would be the losers as they would be told to allow access to their infrastructure by other carriers which do not have their own.

The blackspot program rules are that telcos must make sites available for their competitors to use. Vodafone shares half of its sites, but Telstra hadn’t offered much in exchange when it came to sharing towers installed as a result of the blackspot program’s financial incentives. A spokesperson for Vodafone said that because Telstra is dominating the regional areas it makes it more difficult for competitors like themselves to undertake any investment.

It seems the Australian National Audit Office (ANAO) had some criticisms to make of the blackspot program. It revealed that more emphasis was being placed on permitting the improvement and expansion of present coverage instead of providing coverage in areas where it was non-existent. In its report it levied some suggestions including:

The third round of blackspot funding is expected to commence in mid-2017.

Under the Government’s Mobile Black Spot Program (MBSP), Telstra states it will be expanding mobile coverage of 3G/4G to 577 regional and rural communities throughout the country. It has currently expanded its network to 72 locations, with 30,000 square kilometres of upgraded or new coverage as a result of the MBSP. It will be rolling out around two hundred and fifty cells for data connectivity only to communities in the regions. The round 2 locations will soon become part of the company’s black spot schedule and will become active in the next 2 years or so.

Losers and Winners in the MBSP Game

The Australian Labor Party (ALP) and Vodafone are the biggest critics of the federal government’s funding allocation for the 2nd round of the mobile black-spot program.

Telstra is the outright winner for funding but Vodafone and Labor controlled states feel that have been left out in the cold. Optus fared a bit better than in the earlier round of funding. Altogether, Telstra will be building 148 mobile base stations with Optus going for the construction of 114, leaving only 4 funded for Vodafone. According to Vodafone winning bidders have to make sites accessible to the other operators as a priority. This reflects the amount of money being used up from taxpayers. It’s not just Vodafone that feels left out of the funding game but the ALP controlled states too.

South Australia seems to have been somewhat ignored in these latest MBSP allocations, with only 3 new mobile phone towers being budgeted for. These are not enough and the 9 blackspots are making safety an issue in regional areas. During the campaign at the last federal election, promises were made to fix them. However they have been missed off current funding initiatives.

In this second round of the MBSP funding program, 20 mobile cell phone towers will be installed in South Australia. It seems that the Coalition Government’s promise to build towers at Ashbourne, Marree, Kalangadoo, Kybybolite, Wynarka, Stokes Bay, Robertstown, Gosse, and Bute/Alford has only resulted in 3 of these being actually approved. These are the towers at Stokes Bay, Marree and Wynarka.

Fiona Nash, the Regional Federal Communications Minister, stated that the South Australian government had created a humiliating position for itself by tying themselves in knots over the role of the two different rounds of the MBSP funding. She said that round 2 provides funding for towers in sites that the telcos have selected while round 3 is geared towards sites that MPs have nominated as places that would not necessarily be prioritised by telcos as potential sited for new mobile phone towers. She also promoted the Coalition’s position on ensuring that coverage is delivered to all sites that have been proposed under the round 3 funding.

The South Australian Government is contributing at least $1.3 million to the round 2 infrastructure but it appears that only 3 towers are to be erected in non Coalition seats, which is tantamount to Labor held constituencies being more or less ignored. The situation is so bad that residents of these areas are unable to make emergency calls. Another concern is in one area called Pinery, where devastating bush fires destroyed some of the area and the federal government helped in no way with funding.

Victoria Feels Ignored in the MPBP

Similar to the situation in South Australia, Victorian Premier Daniel Andrews has stated that the federal government has not given much of the MBSP funding to Victoria, with only 32 out of 63 nominated being earmarked for funding. Victoria houses 25% of the country’s population but of late it has only been receiving less than 10% of federally funded infrastructure. Andrews says that mobile coverage is vital for households that live out of major urban areas and also for businesses and jobs throughout the state. The places that expect to see new mobile phone towers include:

Queensland Wins the Most Funding

Queensland communities have fared better than other states. The state government is going to jointly fund 72 new towers with the Federal Government, along with Optus and Telstra under the 2nd round of MBSP funding. Included in this are 4 locations earmarked for funding for Optus’ satellite small cells.

This has all been budgeted for according to Leeanne Enoch, the Minister in charge of the Digital Economy. She stated that mobile coverage is vital for anyone faced with a natural disaster like a cyclone, fire or flood. It is important also these days for business, maintaining family and social connections, news updates, tourism ventures and education. There has been one place that has been mentioned in particular and that is the Burke and Wills roadhouse in Cloncurry shire which will have jointly funded mobile phone coverage.

In the south east, Wongawallan and Kholo are set to benefit.

Previous beneficiaries have been communities such as Clarke Creek which has mobile coverage available for businesses, households, local schools and government services. The Jambin area was identified after Cyclone Marcia blew through in 2015.

The Australian Government’s MBSP program is being drawn out over a 3 year period. Up to this date 19 towers have been installed in round 1 with round 2 towers being rolled out in the next 2 years.

So far the federal government has contributed $60 million to this round 2 black-spot program while states have added their own funds as follows:

The ALP, even though it wholeheartedly supports the black-spot program initiative, is not bought on how the money has been spent. The Australian National Audit Office had found key defects in the 1st round of funding revealing that money was not spent on areas which did not have any mobile coverage. Additionally, the ALP suggested that the allocation of the 2nd round funding drew only 11% of it into base stations in Labor electorates.

The Coalition’s response to this was that by coincidence the Coalition areas happen to be in areas where blackspot money was the most needed. Stephen Jones, regional communication’s shadow minister, can’t really believe that there was any good reason to side-step bush fire vulnerable electorates like McEwen and Wakefield except for political.

What’s Next On the MBSP Program Agenda?

There is not likely to be a change in federal government in the near future so the expansion of mobile coverage rests with Telstra being the key player in the MBSP program which is not set to change, while Optus is keeping afloat and Vodafone has lost the plot for the time being. The ANAO will no doubt be keeping a strict eye on who are going to be the haves and have nots in the latest blackspot rollouts. In the meantime

Labor may have to put up with banging its head against a brick wall when it criticises the Coalition for favouring its own electorates. Let’s hope the real losers don’t have to face floods, fires, droughts or cyclones without mobile coverage as the corporate telcos fight their way to accessing the lion’s share of customers backed up by taxpayers’ dollars.

There has been no surety over how the Mobile Virtual Network Operators (MVNOS) like Virgin Mobile and Kogan are going to gain from these new investment initiatives. No doubt the ACCC investigation into domestic roaming and its recommendations will help determine whether any one telco will be able to keep the lion’s share of the mobile phone coverage market worth billions of dollars in net profits.