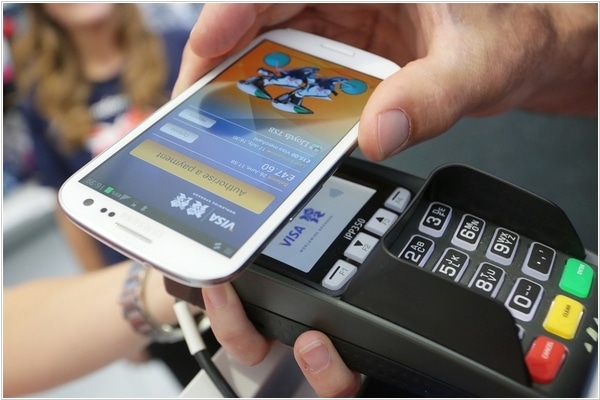 If you’ve ever gone anywhere and worried constantly about your credit cards and whether someone could steal them out of your pocket or handbag or you forget to pick them up, Apple and Vodafone have the answer.

If you weren’t aware of it already, you are able to use your mobile device just about anywhere to pay for goods at a store, online without having to search for your debit or credit cards. You should even be able to flash your phone instead of a loyalty card.

It’s something that was first rolled out in North America, then Europe, but although there have been initial discussions between Vodafone and Android manufacturers, Vodafone wallet is not yet available in Australia, although Apple Pay is.

With Apple Pay, you can forget about taking your credit cards or debit cards with you when you go out shopping or when you make purchases online. In Australia, at the moment, the only credit card that you can use with Apple Pay is American Express, which is held by about 20% of Australian consumers.

The system works instead, using your Apple mobile device. Compatible card details are stored on something called Wallet in Apple Pay, which is a secure app. According to Apple, these details are never shared with anyone else, so you shouldn’t have to worry whether your credit card details are used by an unscrupulous vendor as is the case with physical cards. Or at least that’s the theory at any rate! Apparently, Apple Pay uses a unique transaction code and device specific number. The card number is not actually stored on the card and the vendor you buy items from does not learn what your card details are either.

How Apple Pay works when you shop

You can use Apple Pay anywhere where contactless payments are accepted. That might not be anywhere, but the number of places in Europe and North America where this is possible is constantly increasing. Basically, you just put your iPhone or other device close to the reader and press “Touch ID” with your finger. If you have an Apple watch, you can do the same by double clicking on the side button and then putting the watch close to the reader.

Using Apple Pay when you use an app

If you need to make a payment using an app, as long as you have Apple Pay on your iPhone, Apple Watch or iPad, you can use it to make payments securely without having to manually enter your credit card details. The same applies to online purchases on the Internet.

Vodafone wallet and Vodafone Pay work in a similar way to Apple Pay, but with Android devices. One other difference is that Vodafone wallet can only be used when you have a Near Field Communication (NFC) SIM. This is not the usual SIM you might be used to with Vodafone in Australia. It is a specific type of SIM that can store credit and debit card details and make payments. It’s easy to get one if you intend using Vodafone Wallet as long as you are in a country where Vodafone has Vodafone Wallet, of course! You just let Vodafone know and they will send one to you in the post.

NFC SIMs work just like normal SIMs. You can make calls, send texts and access data, but they also allow payments to be made at a compatible contactless payment reader. Vodafone Wallet works on at least Android smart phones, so it’s a good bet if you don’t have an Apple device that you would be looking at Vodafone Wallet rather than Apple Pay.

Vodafone Wallet works a little differently than Apple Pay. You have to have the Vodafone Wallet app and then input your compatible credit card numbers. These are stored and protected by the SIM together with the credit card provider’s security system.

Like Apple Pay, you then tap your smart phone near a contactless reader when you want to make a payment.

You can check your transactions by using your smart phone’s app as well as your balance. The Vodafone Wallet also works with PayPal and many loyalty cards. That means that when you shop with your phone you can not only pay securely for purchases but gain loyalty points or get discounts too where they are available.

In the U.K. and no doubt elsewhere in Europe, there is a limit to how much you can pay for using the app without entering your card’s PIN number. In the U.K., for instance, that limit is £30.

How does Vodafone Wallet work?

Here’s a rundown of the steps involved in getting your Vodafone Wallet set up:

Bringing more security and added convenience both Apple with its own mobile devices and Vodafone with most if not all Android devices now offer a payment option without having to use your credit or debit cards. It’s something which has already become accepted in North America and Parts of Europe, but has yet to be fully established in Australia, except for Apple Pay and American Express cardholders.