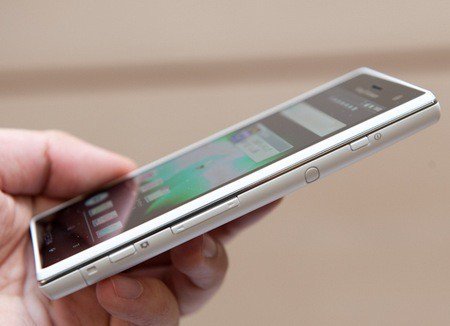 Thinking of buying a new iPhone in a 24 month agreement with your phone company? Don’t.

People used to get a phone under contract as a kind of ‘package deal.’ They did it for convenience and because sometimes, you do get a better deal. They simply didn’t have the confidence to go out and piece thing together on their own. In some circumstances, especially at the launch of the iPhone, it was the smartest way to get a phone. Operators were so keen to get the business and secure new customers by having the best iPhone offer that they offered loss making plans to gain market share. The phones were never ‘free’ though, as we are sure you knew. The price of the phone was just built in to the plan.

The current system, the one we’ve had for the last 2 decades of committing to an agreement with a phone company, doesn’t match customer needs. People want to upgrade their phone at any point they like. Mid term, when a new device releases, the expectation is that they will have the flexibility they need. And these expectations aren’t just linked to the hardware. Phone plan needs change during the course of contracts, too. People want to change plans, either spending more or less, whenever they feel like it. If your habits or needs change in any other area of your life, it’s easy to adapt. If you get a new job and find yourself driving more, you can just get more petrol. Contracts with telcos are usually a good deal less flexible.

And the flexibility cuts two ways for different types of customer. For those who have a lot of money and like the latest gadget, the requirement is to have a new handset every year. But not everyone thinks that’s the best way to spend their money. Handset functionality improvements have levelled out. The new iPhone is not nearly as impressive an improvement over the one which preceded it. Many people are happy holding on to a phone for more than 2 years now.

Finally, contracts don’t meet customer needs when it comes to outages and network performance. It is obviously a much bigger deal to depart Telstra if you’re sick of their network outages AND you’re under contract than if you are, for example, on a SIM Only plan where there is no contract. And people who have a contract but, like Telstra customers this year, have to suffer 5 outages are, rightfully, fuming.

Things started to change 2 years ago in the USA. T-Mobile, one of their major phone carriers started their ‘uncarrier’ program. It involved unbundling the handset and the SIM. And things are changing again over here. In Australia, the phone companies are doing the same thing. Let’s take a look at the different sides of the argument and see how these factors are combining in to a better deal for customers.

If you step in to the shoes of the phone company, you can quickly see why they’re not happy with the handset situation. Optus, Telstra, Vodafone and others spend millions of dollars every year advertising phones on their websites and other media, often going as far as to run apple iPhone ads on TV. The net effect is to sell a few phones under contract (their goal) but the same activity also to build the brands of the phone companies they’re reselling. And, as we said in the first section, doing that often comes at the expense of the profitability of the plan. When Optus sells iPhones cheap to win market share, they sometimes do it at a loss. It’s a great deal for customers but it’s not the business Optus want.

Phones are the sizzle, not the sausage from the phone company point of view. They’re not the core of what phone companies do. Phone companies want to sell network services. They are in the business of selling minutes, SMS and, increasingly, data. They love contracts not because they want to provide phones to people but because they (contracts) prevent people churning. Churning is the industry term for when a customer leaves one phone company and goes to another.

Australian based phone companies are under pressure from all sides. Competition between them on deals to reduce the churn they are already experiencing are constant. To this they add competition on the price of phone hardware from offshore companies with different cost structures. Kogan Mobile, themselves now a SIM reseller are both an MVNO (Mobile Virtual Network Operator) and a hardware manufacturer.

Companies like Kogan represent a grey market for hardware. They undercut the phone companies on pricing (by sourcing their handsets from potentially questionable sources the telcos couldn’t). That often means that it’s cheaper for people to buy a handset and a prepaid SIM Plan .

Where they do sell phone in the future, the telcos are taking a novel approach. To deal with some of the challenges I’ve outlined here, the phone companies are building their own brand handsets. The same manufacturers are bidding to put together phones with the Telstra and Optus brand using the same components they sell themselves. Customers will get cheaper handsets which do the same job and which, when sold, add to the telcos profits rather than reduce them.

What do Samsung, Apple and the others want?

From the phone manufacturers’ points of view, telcos are slow to move and bureaucratic to say the least. When they are the sales channel, companies like Optus, Telstra and Vodafone have all the distribution power in Australia. Sometimes, Australian carriers don’t launch handsets here which have been successful elsewhere. Understandably, the phone manufacturers find that perturbing.

Additionally, telcos aren’t that good at selling hardware. To get around the telco’s inefficiency and ineffectiveness. Phone manufacturers have started selling their own wares. Apple really set the benchmark when it comes to retailing and selling handsets through their ‘experience’ stores. The pricing is high but their store designs have ‘inspired’ / been copied by companies from Samsung to the ANZ flagship bank in Sydney. Samsung have announced and delivered a very similar retail experience to Apple in the US and in a few headline grabbing stores over here. There is talk of Motorola, Alcatel, and other handset manufacturers selling through their own phone stores, too in the not too distant future.

Not wanting to be left out, even Google are thinking of launching a phone this year. Project ARA will provide people a modular phone they can upgrade components on at the point they wear out.

The Apple Upgrade scheme could become a model for Australia

iPhones, like most phones are getting more expensive each year. Bigger screens and smaller component requirements are the main culprits behind inflating prices. In the US, Apple are leading again by differentiating their commercial offering. Their leasing scheme launched in September 2015. Apple now offer a leasing program in America. For $50 a month you can lease an iPhone and upgrade every year or so. The plan includes Apple Care. The closest you’ll get to that in Australia at the moment is Apple giving you $375 for your old handset when you trade it in.

Apple’s goal appears to be to want to control their customers experience. Their scheme will come to Australia soon. In some ways, Apple’s offer is no different to taking out a 0% credit card, buying the phone and paying it off over a year – with a trade in at the end.

Telstra have a similar scheme, under which customers can pay a few dollars a month to upgrade annually.

These facilities too talk to customer needs the telcos aren’t servicing, gaps which the manufacturers are taking it upon themselves to close.

Summing up – the current model isn’t working for anyone

It’s difficult to differentiate on network. The 4G networks of the major phone companies offer comparable levels of service to 4G phones these days as we have covered in our Vodafone Coverage articles. The phone companies are ever more interchangeable which is why we see a scrabble between the big ones to stand out from the crowd with the content they offer.

The truth is that handsets have never been something you should have bought with your phone. When you talk to people about why they did it – why they entered in to a 2 year contract with a phone company they wave you off. There’s a sense of ‘ahh, it’s all too hard’. My consistent feeling is that people take the contract to have it done with. Even f they’ve paid too much, they’ve made the decision and they don’t need to revisit it for another 24 months.

We’d love to see an end to the acrimony. We want people to buy the handset they love, as cheaply as they can (that’s usually from Kogan or another online retailer), add a SIM and keep the two things far apart. We want easy configurability. With the conflicting interests we’ve outlined above, it’s time to acknowledge phones should not be sold by the telcos.

Telstra, Optus or Vodafone certainly won’t be differentiating with phones. Every telco offers them and they are the same wherever you get them from. You can even buy a phone from one telco and move it to another. The market has already moved to SIM Only / Prepaid plans and a higher proportion of outright device sales. This problem will be accentuated by the eSIM which will erode tenure with phone companies further. When you can change telcos in the phones settings, churn will rise.

The manufacturers, on the other hand want to dazzle us with new technology: VR headsets, phones which have sold well in other markets. They want to meet standards and be sure their customers will get a worthwhile network experience. They don’t want outages and they don’t want testing.

Schemes under which you can get a phone direct from the manufacturer, pick and change your telco on whim and still get pricing as cut throat as you’d expect from a grey market provider are the best solution for customers. Because the same approach solves problems for the network operators and phone manufacturers, too, you’ll see it happening more and more. It’ll take a slightly more savvy approach from the average user but overall, it’s an improvement in the circumstance for everyone.