iPhone – The Past and the Future 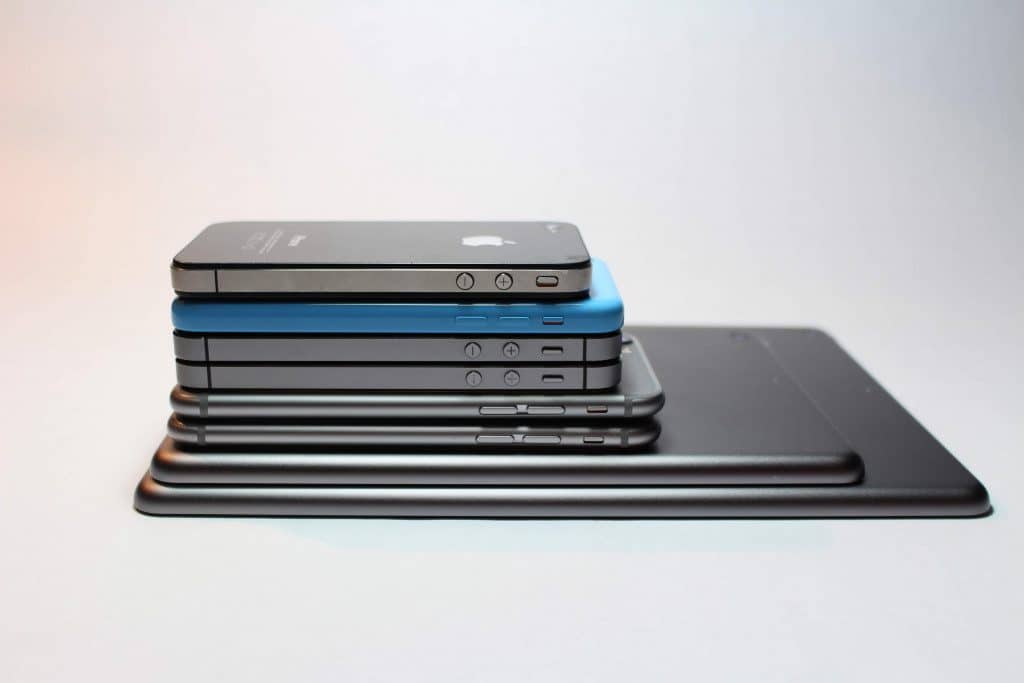 The iPhone turned ten this year, marking a significant milestone for the single best selling product of all time. Till date, Apple has sold over 1.2 billion units, carving a place in history for the company, the product and most importantly, the founder – Steve Jobs. The association between the iPhone and Steve is inextricable, propounding the one-man-army narrative – Steve is credited as the sole inventor of the iPhone. It is interesting to note though, that Jobs never claimed to have done so, and the iPhone patent records tell a different story. Let us look at iPhone’s history again, and sneak a peek at its upcoming future. You might gain some new insights into your favorite phone!

Brian Merchant, the author of “The One Device – The Secret History Of The iPhone”, has done significant research into how the device was created. He mentions some interesting facts. The roots of the iPhone actually go back a further 15 years, to the IBM Simon – a device invented in 1993 by Frank Canova Jr. It was a large black rectangle, with touchscreen buttons, apps and a web browser. The device was incredibly ahead of its time and did not have the supporting infrastructure (think 4G networks) to go with it. Naturally, it flopped.

In the 2000s, Jobs gathered a team of the world’s smartest designers, user interface experts, and hardware engineers in Apple’s 2 Infinite Loop building. These intelligent minds worked together, experimenting with a few existing technologies that hadn’t quite taken off. They came up with the core set of iPhone’s features – the multi-touch sensors, the compact hardware, and the elegant user interface.

The team behind the device

Bas Ording, Imran Chaudhri, Greg Christie, Brian Huppi, Josh Strickon – they are the forefathers of the iPhone –creating the first prototype even before Steve Jobs had heard of it. Scott Herz, Richard Williamson, Nitin Ganatra, And Grignon and so on, organized by product manager Kim Vorrath, were the software engineers who built the mobile computing core of the device. Do you get the drift? There’s a small city worth of people who contributed to the iPhone – but unfortunately, their names are all lost in the annals of history.

My point is not to undermine Steve Job’s success, who after all did lead the initiative, creating and executing a marketing vision that was larger than life. All I am trying to say is that tech innovators today often do not appreciate the team effort that has gone behind launching a single product. If we want more incredible innovations, better “iPhones”, so to speak, we need to facilitate teams, not individuals. So many young people today, try to achieve everything single-handedly, mistakenly idolizing Steve Jobs for something he did not do. The team narrative is a better inspiration than the one-demigod-of-tech myth – let’s try to keep it that way!

Now that we have given credit where it was due, let’s look at what’s coming up next. A glimpse at the technology being cooked up in Apple’s labyrinths can assist us in making an educated guess at what the future holds. Here are my top picks of some exciting new iPhone features that we can all look forward to.

Imagine if you could plan a home renovation by building virtual 3d models on your kitchen table. Apple’s new ARKit will let iPhone users place virtual objects in the real world. The technology is still nascent, but the possibilities are endless. As developers start integrating augmented reality into apps, you can expect to project Maps on the street while walking or have your shopping list displayed on supermarket shelves. Mark off items as you pick them, and play games with characters walking all around you. The 3d projections of sci-fi movies are soon going to become a reality.

Apple’s iOS 11 will come with some new machine learning and artificial intelligence capabilities. Granted this won’t be happening just yet, given that the iPhone is still lagging behind its competitors. Google Assistant is probably more capable than Siri, and Endless is a newly launched Smartphone touted to be more intelligent than anything out there.

However, it is important to note that Apple is currently focussing on giving AI tools to developers, more than the end users. The company recently released CoreML, a framework that lets App developers add more intelligence into their iOS apps with just a few lines of code. Once developers get the hang of this process, it’s only a matter of time before AI innovation hits our pockets!

Apple phones have evolved from stainless steel to plastic to the currently favored aluminum. However, with society making a push towards more durable tech, we could expect Apple to come up with stronger and better designs. Titanium is probably the next best choice – what with it being durable, scratch free and resilient. Ceramic could be a potential upgrade option too – Apple Watch Edition already uses zirconia ceramic and is practically impervious to scratches.

Along with a better body, we can also expect some battery advances. iPhone users are pushing for batteries that don’t have to be charged every day and Apple is listening. There are a few battery companies out there, innovating batteries that last twice as long as the current lithium ones. While currently these new batteries cannot be manufactured at the volumes the iPhone demands, they are definitely a future possibility.

Will the iPhone last another decade?

This question requires delving more deeply into the role that personal devices will play in our lives in the future. Based on what a lot of analysts think, I feel the future will see most of us owning three screens – a large one like a television, a small one like a smart phone and a wearable – like a smart watch. While these three screens, and many other smart devices in the home, might integrate and work together seamlessly, the smart phone screen will still be favoured for personal activities like chatting, reading or working. The smartphone lets us create our own private Internet bubble, and that’s one bubble that no one wants to burst! So yes, although it will look and behave entirely different from what we are used to today, the iPhone will definitely last another decade.