How will the eSIM in the iPhone XS work? 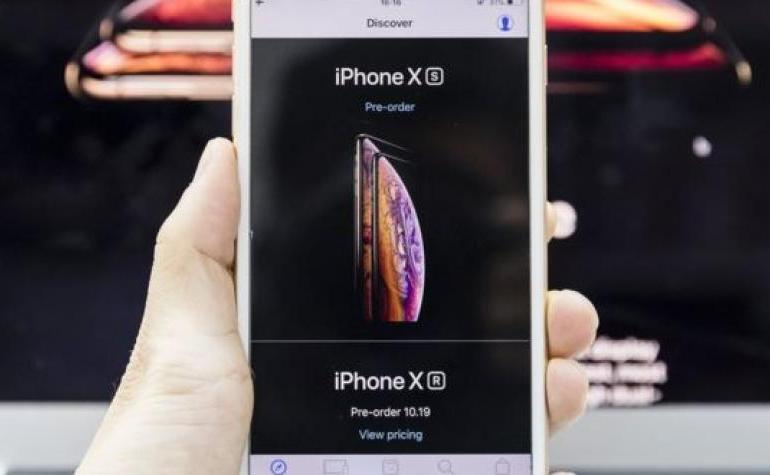 Apple officially unveiled its beautifully crafted iPhone XS – the successor to their iPhone X – in a special event held on September 12. The new iPhone introduced the world to the smarter A12 Bionic Soc chip with the next-general Neural Engine, breakthrough camera advancements and the biggest screen ever seen on an iPhone.

In addition to incredible aesthetics and unmatched functionality, the iPhone XS is gaining popularity for another significant reason – its dual SIM capability.

The iPhone XS is the first iPhone with more than one SIM, which is great news for folks who are often on the go. The iPhone XS offers both a nano-SIM and an eSIM option. With two SIMs, users will be able to have two cell phone numbers at once, potentially even from different carriers, giving customers more flexibility than ever before.

A SIM (Subscriber Identity Module) contains information that authenticates your identity for your network operator. It is formally known as embedded Universal Integrated Circuit Card (eUICC). eSIMs have M2M (Machine to Machine) and remote provisioning capabilities which provide users with an enhanced customer experience when activating and managing their phones. Without a SIM, your carrier won’t be able to recognize you as a subscriber to their network and won’t let you use their service.

eSIMs are on the way to replacing traditional SIMs – especially in iPhones. An eSIM – electronic or embedded SIM – is a rewritable SIM card built into your iPhone. Simply put, an eSIM can tell any mobile network provider or carrier who you are.  eSIM is a globally-backed specification by GSM Alliance (GSMA) which enables remote SIM provisioning of any mobile device. It’s a small chip that authenticates your identity with your carrier. It is soldered to the circuit board of your smartphone by the manufacturer itself.

If eSIMs go mainstream, users will be able to instantly change phone provider at any time by simply downloading a “software SIM” from their provider of choice. It eliminates the need to pop open a slot or pry off a case to put in a new SIM with every change in provider.

The Google Pixel 2 was among the first smartphones to support eSIM technology. At present, the 4G-enabled Apple Watch Series 3 and Series 4 are the only eSIM-capable devices supported by Australian carriers. Now, Apple has joined in by offering eSIM as the secondary SIM.

Apple activated eSIM functionality after releasing its software update iOS 12.1 on October 30. However, US carriers do not yet support eSIMs as they’re working through several technical issues. Reports suggest that eSIM features will be fully available in late 2018.

The dual-SIM functionality allows you to use a local data plan without roaming charges when you are travelling overseas since you can keep two contact numbers active at once. You can make and receive voice calls, and send and receive MMS and SMS on both numbers. You can toggle between your contact numbers before making calls.

To enable dual-SIM functionality on iPhone XS and use plans from two different carriers, your handset must be unlocked from any network. If your phone is locked to a network, you can still have two plans – they’ll just need to both be from the same carrier.

Setting up your eSIM on iPhone XS

The process for setting up eSIM on iPhone XS is similar to that of cellular-enabled iPads, which also contain an eSIM. On the latest iPhone, you can use a combination of a physical nano-SIM and an eSIM.

The process of setting up an eSIM on the iPhone XS is straightforward and applies to both the eSIM and the second physical SIM.

If the QR code is not working or you don’t want to scan a QR code, you can tap ‘Enter Details Manually’ at the bottom to manually enter the eSIM information provided by your carrier.

Some carriers ask you to download their app. Here’s how to do it:

This method is mainly used with pre-paid carriers as you’ll be purchasing the plan directly from your telco within the app.

According to Apple’s support document, you will be able to store multiple numbers on the eSIM in your iPhone XS, but use only one at a time. You can toggle between eSIM numbers by going to Settings > Cellular > Cellular Plans and tapping on the desired plan. Once you’ve selected the plan, tap ‘Turn on This Line.’

Apple also said that eSIM functionality is not available in Hong Kong and China. Instead, these two nations will get the iPhone XS with two physical SIM-card slots for dual-SIM capability. At present, eSIMs work in 16 countries. In the US, T-Mobile, Verizon, and AT&T are working to implement eSIM technology. Internationally, participating carriers include Bell, Vodafone, EE, Truphone, Jio, Deutsche Telekom and Airtel.

The initial benefits of eSIMs are that they take less space and allow for sleeker devices. Beyond these practical considerations, eSIMs offer many benefits to operators, SIM manufacturers, business customers, and end users.

SIM manufacturers can add flexibility to their current products and expand their markets by adding new products and services that remotely provision SIMs. By adhering to industry standards, these businesses offer maximized return on investment. Replacing traditional plastic SIM cards with an eSIM will free up a fair amount of space inside a phone, allowing manufacturers to reduce the size of their device or pack more features into the same sized frame. It’s not just about the space taken up by the SIM card, but the housing, reader and the supporting tray mechanism will also be reduced when eSIMs become standard.

Business customers benefit from the improved flexibility regarding their manufacturing. Effective management of large scale volumes of M2M devices can be achieved with the knowledge that third parties will not ban the future expansion of connected services.

Finally, end users top the list of winners when it comes to eSIMs. The application of eSIMs is not limited to iPhone only; instead, there are many eSIM-capable devices. These eSIMs give users the flexibility to access different networks without needing to change cards. 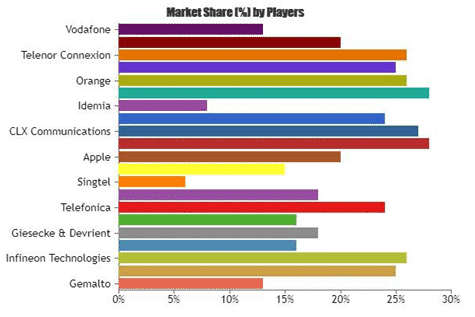 With the introduction of the eSIM in the latest iPhone XS, the technology seems to be the future of the smartphone industry – but it will not happen overnight. In addition to smartphones, eSIMs will eventually be included in devices like cars, computers, and wearables which require mobile connectivity. Reports suggest that Microsoft and Qualcomm’s upcoming ARM-powered computer may feature eSIMs to support on-the-go connectivity.  Microsoft recently announced that its new Surface Pro, expected to arrive till Spring next year, will feature LTE via an eSIM.

Besides the benefits for manufacturers and consumers, eSIMs come with a few concerns as well. For instance, with traditional SIM cards, when your phone is low on battery, you can simply remove the SIM and put it into another device. This is not possible for devices with eSIMs.

Also, the rise of the eSIM doesn’t mean the death of carrier-locked devices. If the phone’s owners are on a contract plan and have to pay monthly installments for the phone, they will most likely be locked to that network until they are able to unlock their phone. eSIMs allow people to get a new phone easily and without needing to cover the whole cost at once, but customers will have to sacrifice the freedom of being able to choose networks.

Though eSIM has already been in use for some time on a range of devices, it’s the iPhone XS that actually offered the world a glimpse at what eSIM integration with smartphone technology might entail. Apple will take credit as the vanguard of the technology, should eSIM becomes mainstream. Anything that Apple get behind is likely to succeed. Now that iPhones have included eSIMs, it looks certain that eSIMs are the way of the future.