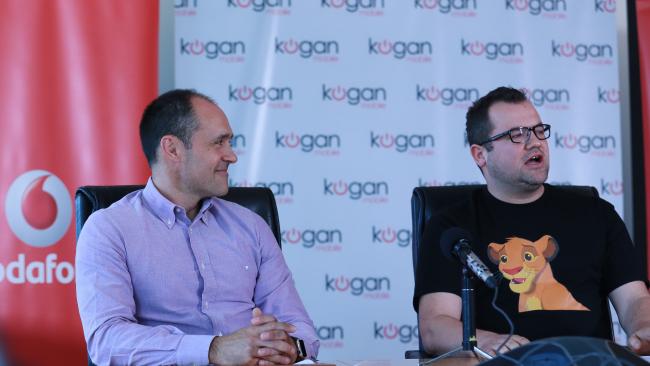 Kogan.com, the well known online retailer, which also has growing interests in the mobile network sector, has been collaborating with Vodafone Australia for some time now. This year it’s committed the MVNO to grow its partner relationship with Australia’s 3rd largest telco, at least up to 2022. Next on the agenda in 2018 is the addition of fixed line broadband services using Vodafone Australia’s network.

The incentives for the Kogan, Vodafone partnership

Kogan.com is expected to offer plans for mobile broadband as well as NBN using Vodafone’s fixed-line network. In addition to offering its network to Kogan, Vodafone will also provide customer support to customers recruited by Kogan. This will give Vodafone a chance to market itself on the Kogan platform. David Shafer, executive director of Kogan, said that due to the fact that Vodafone had decided off its own bat to invest a substantial amount of money in building its own infrastructure for the NBN, Kogan was ready to benefit.

Kogan, according to Shafer, has come out on top for its fair pricing and digital success. It has a massive audience online with a customer base that’s data savvy. He says the company is in a good position right now to make the leap into being a market leader in the NBN.

Kogan Mobile is just one of Kogan. com’s arms and in the last 6 months of 2016 it added 4.2% to the company’s gross profits. This is a rise of 50% since the previous quarter. Overall, Kogan.com netted a profit of AU$1.5 million. This is after amortisation, tax, interest and depreciation of AU$7.3 million with revenue at around AU$143.9 million. This is an increase in revenue up from AU$104.7 million that was reported in the last financial year. With this sort of money under its belt it leaves plenty of options for expansion.

In 2015, Kogan made the move to take up Vodafone’s wholesale offer to use its 3G infrastructure for mobiles. Kogan was lucky to be a part of the upgrade to 4G more recently.

Vodafone may be moaning about its inability to piggy back off Telstra’s exclusive network but it’s taken other routes to extend its influence. At the same time as the Kogan wholesale deal in 2015 it hooked on to a $900 million business deal with TPG. This company is a lesser known but growing telco, but it takes 3rd place in the fixed line operations business and the deal with Vodafone is to construct up to 4,000km of fixed-line fibre. The aim of this massive undertaking is to link up cell towers built by Vodafone which should be fully operational by the middle of next year. Another lucrative move no doubt for Kogan to keep an eye on in the coming year.

Vodafone sniffs out customers for the NBN

As with many businesses, either before they start up or before they offer a new product, a feasibility study is often conducted to show what interest there is in the product before it’s formally launched. Vodafone hasn’t announced publicly which areas are going to see its NBN services, but it’s asking for potential customers whether households or small businesses to come forward if they are interested in taking advantage of its fixed line NBN broadband roll-out set to take place later in 2017.

Its expression of interest form, or EOI, which it has circulated to the public doesn’t beat around the bush when asking for details and has asked interested parties to give their full addresses, the name of their broadband service provider at the moment and if the NBN connectivity is to be used in the business context or solely for householder use.

Potential subscribers are being left in the dark at present when it comes to the likely speed of the network for data and what sort of likely pricing and plans will come with this new service. There are some lower speeds available but Inaki Berroeta, the present Vodafone CEO, believes that customers should only be offered the faster speed options as it’s the taxpayer that has paid out a significant amount of money on the NBN and they should be reaping the results. Whatever decisions are finally made Berroeta is set on Vodafone being the key player in this development.

There is so much happening in the telecommunication industry at present that it’s hard to keep up but one thing is for certain that there are many telcos and MVNOs that are out to get their share of the market. Well known online retailer Kogan.com for one and the lesser known but developing TPG and of course Vodafone Australia are constantly in the limelight for something or other but it is showing some commitment both to regional and metropolitan Australia with its constant plans and investment portfolios.