How to Watch the EPL on Optus 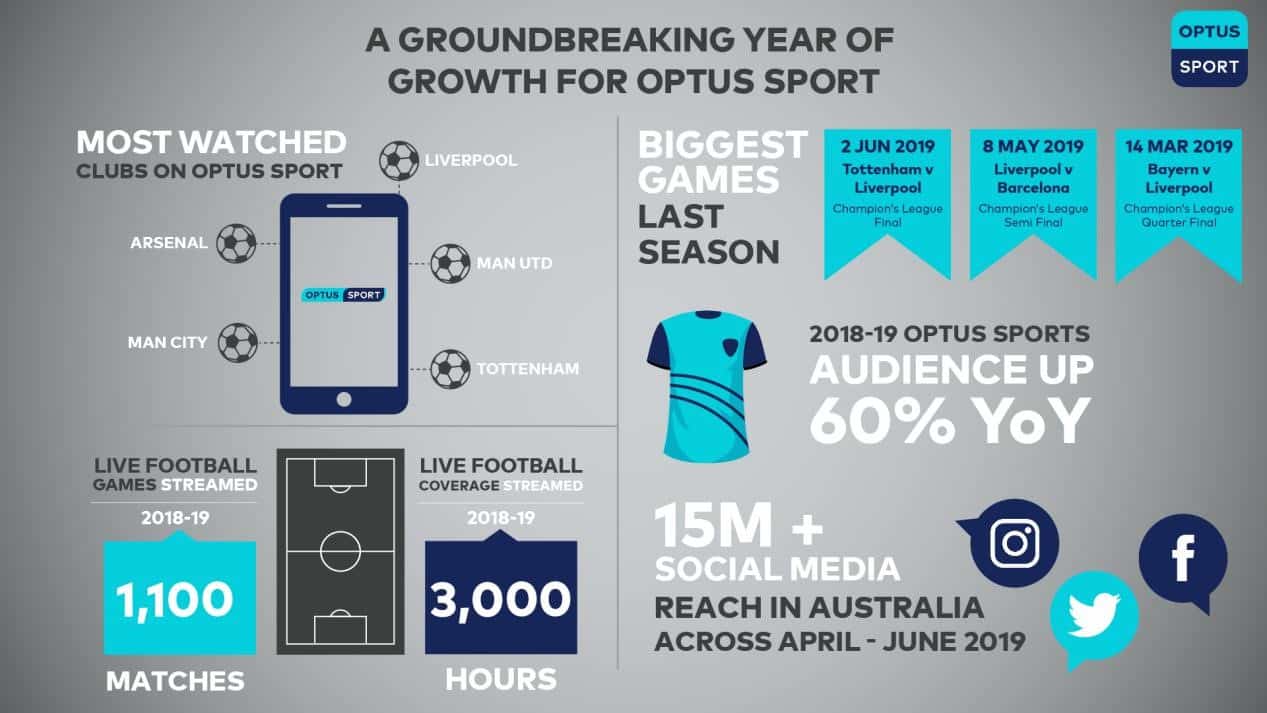 Even amid Optus Sport’s underwhelming World Cup performance, the platform was experiencing a lot of success as far as its numbers were concerned. Source.

With the SBS (Special Broadcasting Service) failing to secure another 3-year EPL (English Premier League) deal, football fans are stuck with Optus as their only option. No more free Saturday night games from the SBS — if you want to watch the EPL, you now have to pay Optus.

This obviously isn’t great news for football fans. Going from free to fee is never great news for consumers, and so this is understandable. Add to that the fact that Optus is now the only EPL option — no other platform can give you all 380 EPL matches live, with 285 of those games available on demand. The monopoly is real, indeed.

Another reason why fans aren’t too happy is that Optus Sport, the telco’s entertainment platform for football and other sports, hasn’t had the best reputation for streaming live games and content over the years.

Last year, when Optus snagged the World Cup in a deal with the SBS, their Optus Sport platform had an underwhelming performance to say the least. Customers streaming the games complained of constant lag and buffering, making for a disappointing World Cup experience that led to a public relations fiasco for the telco.

In fact, Optus Sport’s reputation was so bad that it earned an actual Twitter handle and hashtag — @SportFloptus and #Floptus — designed to encourage viewers to overload the Optus Sport platform by logging in at the same time so that it crashes and the SBS could take over.  The platform’s performance also earned Optus some unpleasant nicknames — Floptus and Droptus.

However, even amid the embarrassment, Optus Sport’s subscribers grew to over 700,000.

Now though, Optus promises an entirely different and completely improved experience. Clive Dickens, Optus vice president, TV, content and product development, boasts of the EPL being streamed via Optus’ 5G network, calling it a “world first”. The telco also promises some attractive extras to go along with live EPL games, as well as some other soccer leagues.

Now that Optus is your only option for live EPL games, perhaps you have some questions as to how exactly all this works. We have the answers.

How does watching EPL on Optus Sport actually work?

There’s good news though: You don’t have to have an Optus phone or broadband plan to catch the EPL on Optus Sport. Anyone can actually subscribe to the service for a fee and start streaming EPL matches live without being an Optus customer.

As stated, if you’re an Optus customer with a higher tier plan, you probably already have Optus Sport as part of your entertainment inclusion, and so you don’t need to subscribe.

Other Optus customers will simply have to contact Optus and add on the Optus Sport service to their plan.

For those who aren’t Optus customers, simply downloading the Optus Sport app for iOS or Android will do the trick. After downloading, open up the app and sign up through that.

You can also visit the Optus Sport website if you’re on your computer, and sign up from there.

How much does Optus Sport cost?

Again, Optus customers with higher tier postpaid plans already have Optus Sport bundled into their plan, and so they get to stream live EPL matches at no additional cost.

Other postpaid customers will have to shell out $14.99 each month for Optus Sport in order to live stream EPL matches.

Optus prepaid customers aren’t left out — there will soon be an Optus Sport add-on for an additional $10 that will give access to the platform in 28-day cycles.

Other EPL fans who aren’t Optus customers will have to shell out $14.99 per month to subscribe to Optus Sport.

After subscribing to Optus Sport, what hardware do I need for streaming EPL games live?

With Optus Sport, the EPL is now available on several devices. You can stream EPL matches on your Mac computer, your PC, iPhone and other Apple devices, Android phone, or your TV.

For your mac or PC, visit the Optus Sport website for your live EPL matches.

To live stream the EPL on your TV, you’ll need additional hardware or a Smart TV with a compatible OS. Here’s a list of compatible hardware to stream EPL matches on Optus Sport on your TV:

Having only Optus as an option for your live EPL matches is understandably inconvenient, especially when considering there’s a fee attached. However, this might actually be a great experience for fans. While Optus Sport took a beating as a result of its underwhelming World Cup streaming performance, Optus has promised a much better experience with lots of improvements.

First, some EPL matches will be streamed via 5G — a worldwide first, according to Optus. Further, Optus Sport’s EPL coverage will include a dedicated, 24/7 feed with access to highlights, replays, and analysis, in addition to its live matches. Next, Optus Sport will also offer the majority of EPL matches on demand, so you can catch games you missed whenever you like.

Despite all this, there are some drawbacks. Optus has to be able to handle the audience without the Optus Sport platform crashing or experiencing lag and buffering issues like last year. Also, because Optus is the exclusive EPL broadcaster, other platforms such as Kayo TV that cover a long list of domestic and International football leagues will have to be purchased separately by die hard fans in addition to Optus Sport, if they’d like to stay fully informed.

But the fact remains that, although there are no more free EPL games, this might be a great experience if Optus Sport can run smoothly this time around. The main reason for this is the on-the-go nature of streaming. With Optus Sport, you can live stream the EPL on several devices, anywhere, at any time — literally. That’s certainly a plus.