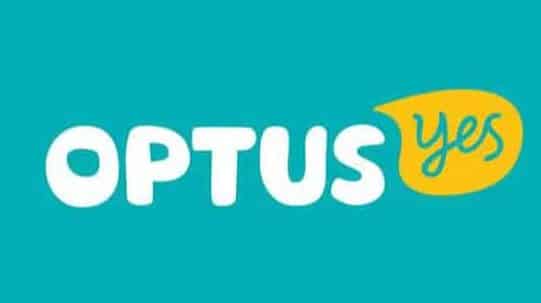 Optus continues their 5G rollout as the race against Telstra continues. Meanwhile, the telco hasn’t reported any revenue growth in the three months preceding September 30. But there are some positives to look at:

According to Optus CEO Allen Lew, these are strong financial results. However, even though net profit is up, the telco saw a 4 percent drop in mobile service revenue. The decline is attributed to the increase in SIM-Only subscribers, which is a less profitable sector, and the increasingly competitive data market.

Mr. Lew sees 5G as an opportunity to help Optus compete better in the mobile environment. However, this would likely require a willingness on the part of customers to pay more for 5G — a scenario that might not happen. According to Deloite’s recently released Mobile Consumer Survey 2019, 84 percent of Australians aren’t convinced 5G is worth it. In fact, 57 percent answer an outright “No” to paying more for the technology even if it is 10 times faster than 4G.

Considering Optus’ 5G pricing strategy values the technology as a premium service that costs more than 4G, it’s difficult to determine whether their hoped-for increase in competitiveness is likely. Mr. Lew even acknowledges as much, pointing out that consumers don’t pay more for new technology unless it has a “big impact on their lives”. If you believe the Deloitte Consumer Survey 2019, then 5G doesn’t seem to be viewed that way — consumers seem to be very much satisfied with their current 4G speeds and costs.

But Optus sees a sweet spot. The telco sees 5G fixed home broadband as the better opportunity, so long as they can promise consistent speeds of at least 50 Mbps. So far, the telco’s 5G focus has been on that sector since they unveiled their $70 per month fixed home 5G broadband plan back in January, which has since averaged 100 Mbps.

The focus puts Optus in competition with the NBN, a less formidable foe than SIM-Only providers and data competitors. The NBN has been the recipient of many complaints in the telco re-seller market so far, and 5G home broadband seems to be a welcome alternative that Optus is willing to explore. So much so that the telco has already initiated plans to resell 5G to Mobile Virtual Network Operators (MVNOs) long before Telstra even considers it.

Optus to wholesale 5G to MVNOs long before Telstra

Optus’ 5G strategy will include MVNOs long before Telstra. Last year, the telco renegotiated an MVNO agreement with Vocus, which extended the deal for an additional 5 years and included access to the Optus 5G Network.

Vocus are openly excited about the deal as they continue to find the NBN to be increasingly unattractive. Vocus announced that they won’t pursue more NBN customers, and lamented the lack of profitability in the NBN business. Instead, the MVNO’s CEO, Kevin Russell, hailed Optus’ fixed home 5G broadband as “very interesting and very exciting.”

Although Optus’ 5G MVNO deal with Vocus doesn’t currently include their fixed home broadband, one can easily see such an inclusion being explored. As more telcos frown upon the NBN, 5G broadband will grow even more financially attractive, especially for MVNOs. And with Telstra coming late to the MVNO party, this is a wide open market sector that Optus can dominate alone in the meantime.

Despite Optus implementing their 5G MVNO strategy before Telstra, they have taken a page out of Telstra’s MVNO playbook. Optus will use a wholesale approach similar to Telstra’s Wholesale 3G scheme. There, the wholesale 3G coverage only provides a footprint that is equivalent to the land covered by Optus’ 3G coverage. Only Boost has the full Telstra coverage as an MVNO.

This scheme, if used with 5G, will allow Optus maintain full 5G coverage that’s superior to what it sells to MVNOs such as Vocus under their wholesale 5G network. This serves a selling point for major telcos; one which Telstra has touted but, in reality, is hardly experienced by actual users who don’t see much of a difference (if any at all) between Telstra’s coverage and their MVNOs’ coverage.

Optus’ is hopeful that 5G will increase its competitiveness in the telco market. However, consumers seem unwilling to pay more for 5G than 4G, and that might be the only way to truly monetize the technology. Optus is aware of consumers’ unwillingness, and has focused on 5G fixed home broadband as a more lucrative option instead, directly competing with the unpopular NBN. Optus wholesale 5G for MVNO’s will also come before Telstra, and this might also be a wise leg to stand on as far as their financial improvement hopes are concerned.

However, there might be a question as to whether Optus’ pricing strategies are coming too early. After all, 5G hasn’t even been fully rolled out yet. Telstra might be making the smart choice here by waiting to see what the 5G consumer market will really look like. Telstra’s wait-and-see approach is evident in their decision to keep 5G prices the same as 4G — no increases at all — despite actually beating Optus to the mobile 5G punch. Optus, on the other hand, is already putting out price tags on their 5G offers. Optus’ rush may be good for business, or it may be bad. So far, it’s too early to tell, but it’ll be interesting to watch and see which strategy works best as the 5G race continues to unfold.