The coronavirus pandemic has hit Australia’s telco market hard. According to a Telstyle’s Australian mobile market study, the first 6 months of the year has seen a decline of 62,000 Services in Operation (SIO), compared to the consistent growth in the industry over the past decade. Mobile service revenue also fell to AUD$13bn, a 4 percent decline attributed to COVID-19.

Optus and TPG Telecom (Vodafone) have seen the most losses during that period. Optus has also recorded losses in other mobile service areas. The telco’s half year operating revenues were AUD$4.06bn as of September 30, a 9 percent year-on-year decline. And in addition to that, Optus mobile service revenue dropped 2 percent.

To rebound from these bad financial results, Optus is venturing into the MVNO (Mobile Virtual Network Operator) market. The telco recently announced the launch of Gomo, its fully digital mobile service, and also purchased Amaysim, the largest MVNO in Australia.

In this article, we’ll discuss why the MVNO market has become so attractive, and what Optus’ Gomo plans will look like.

While Optus recorded financial and SIO declines, the MVNO market improved by 2 percent year-on-year, accounting for 16 percent of the SIO added in the same 6-month period that the entire telco industry recorded SIO declines.

MVNOs have done well historically. The market recorded a 29.4 percent growth in the telco industry between 2014 and 2018, while the major telcos shares declined by 71% during that same period.

COVID-19 has been a major issue for the major telcos, with Optus citing the pandemic as teh cause for its decline in mobile service revenue.

But MVNOs, on the other hand, have grown during the same COVID-19 pandemic, making that market very attractive to major telcos.

The coronavirus has thrown the Australian economy into a recession, so Australians are planning on spending less in the long term. As a result, MVNOs and their cheap mobile plans have become a favorite amongst Aussies looking to save money.

Optus is now looking at the MVNO market as a strategy to turn its financial losses around, and has made moves to further that plan.

To get into the MVNO market, Optus recently announced the $250mn purchase of Amaysim, Australia’s largest MVNO.

The telco also announced the launch of its fully digital mobile service, Gomo. 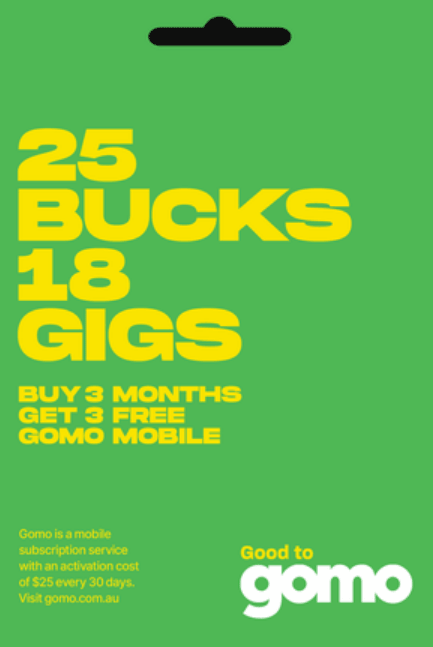 Optus announces the launch of its fully digital MVNO, Gomo, in Australia. src

Gomo is Optus answer to the latest trend of major telcos launching their own MVNOs to compete in the cheap mobile plan market. Vodafone made a similar announcement back in October, unveiling its own fully digital mobile service, Felix Mobile.

Both telcos took a beating this year as a result of COVID-19, and are counting on these smaller telcos to turn things around. Telstra, on the other hand, already owns Belong, which accounted for a whopping 64 percent of Telstra’s new postpaid plan subscribers, and 100 percent of all new broadband subscribers.

With Belong’s success for Telstra being so evident, Optus is hoping for the same with Gomo, looking to be a direct competitor to Telstra in the MVNO market, just as they are in the major telco market.

Optus’ parent company SIngtel already operates Gomo in SIngapore, Indonesia, the Philippines, and Thailand. In Australia, Gomo will be Optus’ answer to Belong and Felix Mobile, and the MVNO market in general.

Gomo is a fully digital mobile service. That means you won’t be able to go to a Gomo retail store to purchase a SIM and activate. You would simply purchase and activate your plan from the Gomo app, where you would also be able to check information about the plan and contact customer support.

Such a fully digital approach means Optus won’t be faced with much overhead costs, and this means cheaper plans for consumers, and Gomo will have access to Optus mobile 5G network.

Optus Gomo promo was very aggressive. The first 5,000 customers to pre-order Gomo’s mobile service between November 18 and 22 were only charged $1 for their first month of service, which includes 18GB of data. After that, Gomo’s plan costs $25 per month (30 days).