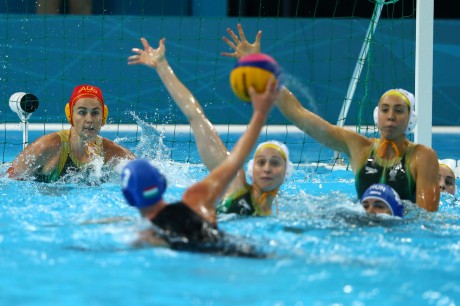 OVO Mobile has revealed a new partnership arrangement with Water Polo Australia to provide exclusive coverage of live matches. This includes National Water Polo League and any other Water Polo tournaments that are played. Water polo teams from Australia have been completing in Olympic events since 1948 and our now getting ready for the next Olympic Games in 2020 to be staged this time in Tokyo.

Water Polo Australia’s strategic plan from 2014-2018 is to increase the profile of water polo, so that there will be more participants at all levels with the aim of achieving ongoing success at the more elite level. Currently, water polo has 12,000 registered players with an additional 16,000 who play in the school environment. One of its goals is to encourage the growth in these numbers.

Water Polo Partnership for next 4 years

OVO has agreed to broadcast live both major national events and international matches for the coming 4 years. This will mean thousands of players and fans will, for the first time, have the opportunity to view Australia’s champion polo players and future star players, in action in the pool and on their mobile devices anywhere.

Just recently, ABS data revealed that no less than eleven million Australians watched sport’s content in March online. It’s not always easy to watch lesser known sports like water polo and this partnership with OVO is a first for the sport in Australia.

As well as sports, OVO Mobile also came to an agreement with Southern Cross Austereo (SCA) to provide unlimited access to Australia’s most widespread FM radio channels, which are the Triple M and The Hit Network for those keen on listening to the radio. As is the current trend with mobile sports and other live streaming no data charges will occur for OVO Mobile subscribers. This radio listening is available through the OVOPlay app. This web app is available at no cost to OVO Mobile customers.

Matt Jones CEO of OVO Mobile says OVO Mobile customers can now have limitless and data less access to their favourite radio shows anywhere and at anytime without the worry of exceeding data limits.

Digital Radio attractive to the masses

Data has revealed that each week at least 3.6 million Australians which, in percentage terms, works out to be 27 percent of the population, listen to digital radio via DAB+ devices. According to Ivan Curic, Head of Revenue Strategy and Operations for SCA, signing up to this arrangement with OVO Mobile means that the radio’s listeners will be able to keep connected to their favourite radio shows, music and radio personalities anywhere without taking up their valuable data allowance.

What else OVO Mobile offers

As well as being able to access the Hit and Triple M Network stations all over Australia, there is also access available data-free to gymnastics, World Superbikes and 400 Thunder Drag Racing. This is for those who have an OVO Mobile account.

It’s not just content that is being offered by OVO Mobile but it also offers national unlimited calls and SMS in Australia too. Its data allowance is considered generous as well. In 2017 OVO Mobile won an award from Money Magazine for offering the best value high usage mobile plan. One of its current plans which is for 30 days and costs $34.95 and is called large offers:

If you select to subscribe to OVO Mobile you’ will be to enjoy plenty of calling, SMS and MMS to any place Australia. It also offers deals for international calling and text called OVO Extras. All the company’s plans are pre-paid so there are no locked in contracts to fret about. Also you can change the amount of data you want per month at any time with no additional fees to pay. OVO works off the Optus Mobile Network, which means in most places there is 4G coverage, but where there isn’t there will be 3G.