Living On The Edge – Microsoft’s Future Teeters on The eSIM 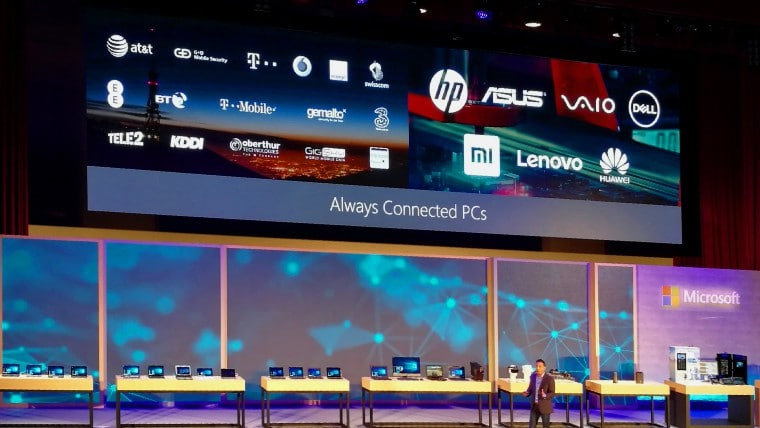 Living On The Edge – Microsoft’s Future Teeters on The eSIM

Microsoft has always dominated the personal computer (PC) market with their iconic Windows and Windows products. Unfortunately, the last decade has not been a good one for this technology behemoth. Apple invaded the PC market with their “Macs”, but that still did not eat away Microsoft’s share as much as the advent of the smartphone. With computing power shifting to smaller devices (let’s not forget the tablet) PCs are becoming increasingly archaic. The “family desktop” of the past has now been replaced by a plethora of devices owned by every individual in the family.

Microsoft has now reached the “sink or swim” point in the technology landscape. It is too late for it to jump into the smartphone market, strongly dominated by iOS and Android, yet it needs a mobile device to survive the future. Perhaps the answer to this catch-22 lies in the UltraMobile PC.

What is the Ultra Mobile PC?

Because smartphones started off as phones, their computing processes are limited. That is why the desktop version of every website is always better than the mobile version. Have you experienced more sorting or search options on the desktop shopping website that just wasn’t there for mobile? Mobile OS is limited and cannot offer the full spectrum of computing potential that is available on a Windows 10 machine – think Photoshop, Office, Halo Spartan and Inking.

Now if Windows could capture all of that computing potential into a smaller device, and package it with VOIP facilities (they already have Skype for this) they just might have a niche market that could quickly expand to include all of us. But the question is – can they?

Living on the edge – Is it Possible?

Today, most computing power comes from the cloud. If you are using DropBox, or even Facebook, on mobile, the fact is that most of the heavy lifting is being done by other machines on the Internet. When I scroll through my 600 friends’ 3000 photo albums on my newsfeed, if all that data actually came on my phone, my device would be dead within the hour. Similarly, if 50GB of my Dropbox files landed on my mobile every time I opened my app and searched for a file, my RAM and ROM would be finished within minutes.

Let me explain this further with an example. When you are watching a video on a projector – the images being displayed on the screen are just light waves. All of the image data is stored in another machine, and even more, different machines did the actual video recording and editing. Similarly, what you see on your mobile app is a ‘projection’ of the data while all the processing, filtering, sorting and searching takes place on the cloud.

But Microsoft wishes to shift some portion of this cloud-computing centre to what it calls the edge. The edge would consist of peripheral devices including PCs, tablets, watches and other Internet Of Thing (IOT) gadgets. These will have much higher computing power that would reduce the time lag of retrieving data from the cloud and give more capabilities to the end user. For example:

This futuristic video demonstration by Microsoft reveals the potential of the edge and how it can change the world we live in.


Microsoft Azure powers much of the cloud computing in the world today and Microsoft Windows, Cortana and AI would power the edge, starting with their first ultra mobile PC.

The role of eSIMs in Ultra-Mobile

How often do you use your phone for making calls and how often for everything else? The answer is clear – Voice is just a peripheral function of mobile devices and marketing a mobile device around voice capabilities makes no sense whatsoever. Yet the entire smartphone and telco industry revolves around that. However, with Project Fi taking off on the Google Pixel 2, things are about to change.

The Google Pixel 2 comes with an embedded eSIM that automatically switches between telco networks for a flat monthly rate. Microsoft plans to use the same technology, letting their ultra-mobile users switch between plans in a single click and purchase data services straight from Microsoft. Microsoft could also give the option for users to bypass carriers altogether and make Voice calls over the Internet using their biggest asset VOIP.

The benefits of Ultra-Mobile PC

For Microsoft the Ultra-Mobile PC would help with:

For end users like you and me, the arrival of the ultra-mobile PC would bring: