Everything You Need To Know About Mobile Phone Malware

Phone malware is unpleasant stuff. Unfortunately, unless you understand what it is and what it does, you face an unquantified risk. Not knowing how much risk you’re taking means you can’t make the right investments. It’s not hard to understand, but, unfortunately, very few people ever put the effort in to finding out what malware is.

If you want to know what malware can do to your phone, read our exploration of the topic below. It’ll take you a few minutes and then you’ll know what you’re dealing with. 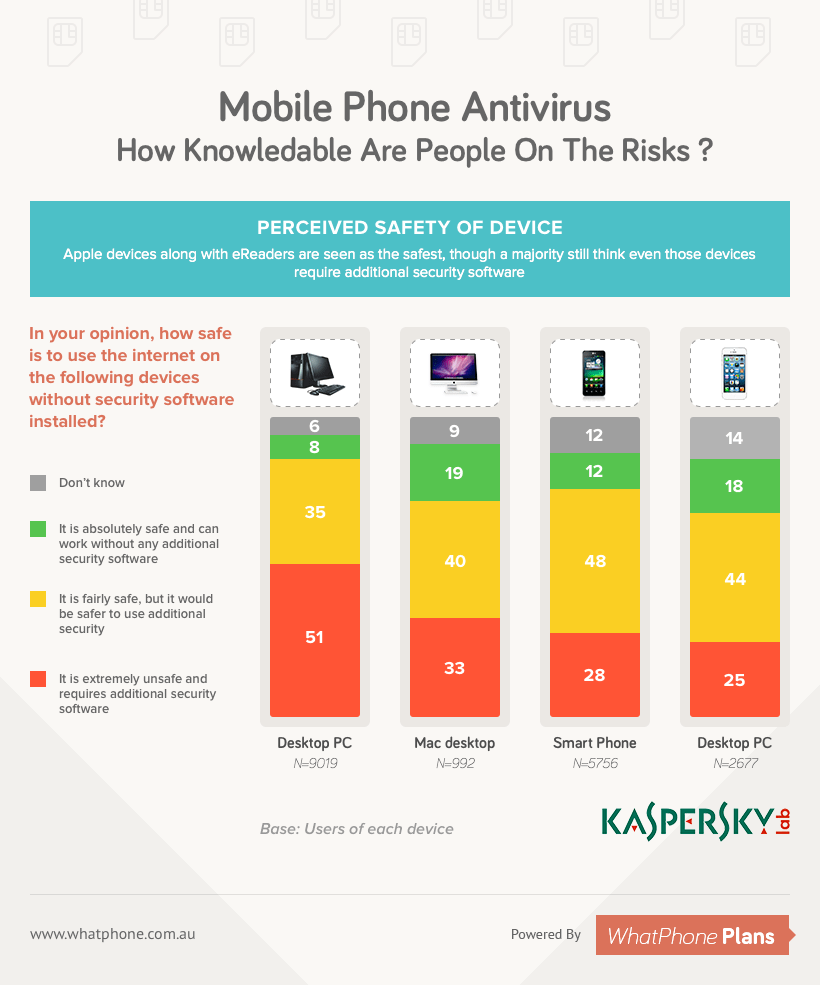 What is Mobile Phone Malware ?

Malware is a blanket term for software which comprises a number of different potential ( nasty ) intents. And it is far from rare. Microsoft suggest that around 10% of all internet downloads are of malware. The same company has suggested that more likes of illicit software code are written under the banner of Malware than there are lines of code written for legal purposes.

The list of what phone malware does is not pleasant reading

Malware which finds its way on to your mobile phone might have been written to establish and steal your personal information. Those who write this software are often clever, inventive and driven by the lure of significant sums of money. Some specific intents that Malware might have are to : 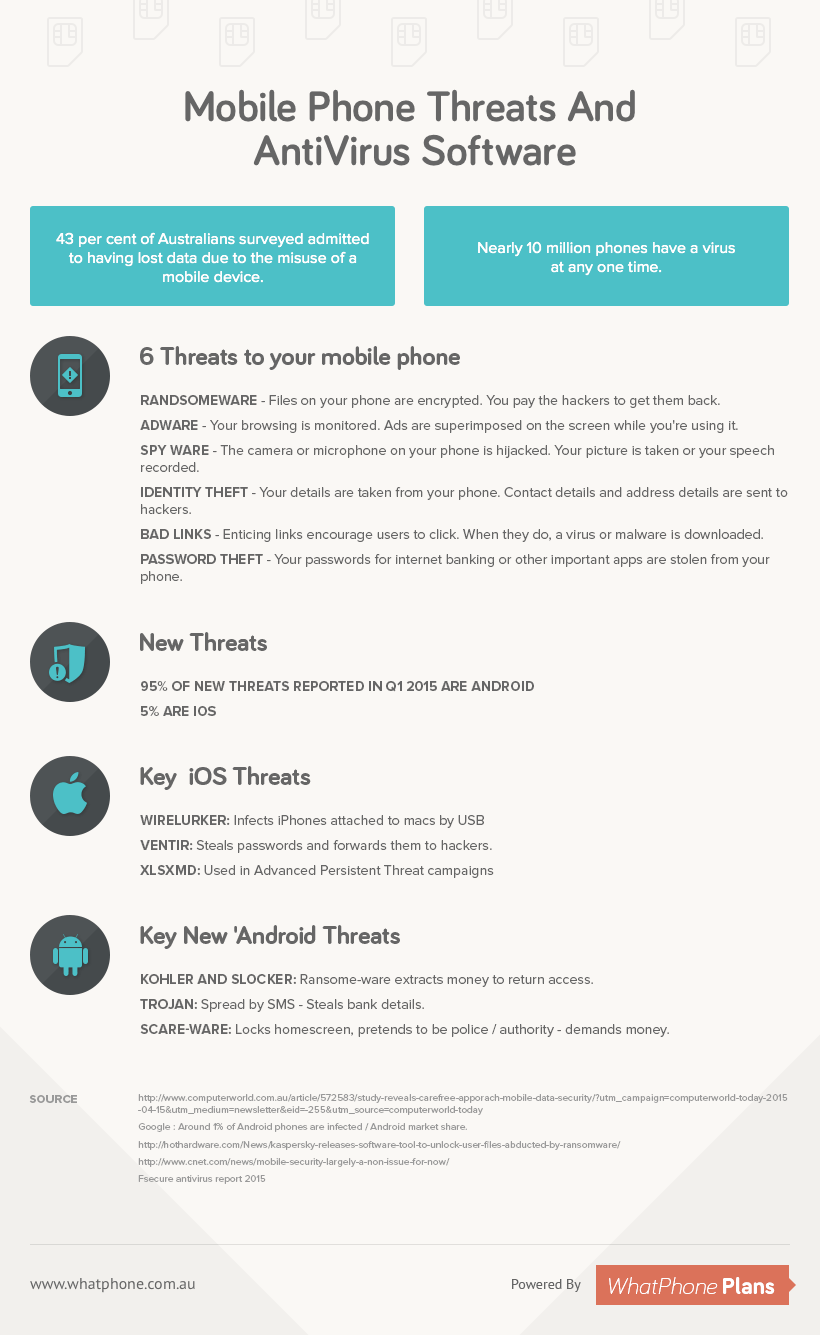 What is antivirus software for a mobile phone ?

Antivirus software helps you avoid downloading malware which might cause your phone to behave in some of the ways we’ve identified. It may also have other components which assist you in identifying threats to your privacy. Example might include threats you might encounter while using social media. Other software may assist in helping your phone run faster or make your battery last longer.

If a known piece of Malware is detected or a pattern of behavior indicates a virus is performing an unauthorized action, the user can be notified and something appropriate to stop the threat can be implemented. For example : the file involved could be deleted, the action can be prevented and in many cases the malware can be removed entirely. Put together with regular scans of the phone, this can eliminate the threat almost entirely. Sometimes the big companies work together to fix known issues quickly.

The problem, of course, was making sure that the database of the ‘fingerprints’ of all the latest viruses was up to date. Realizing a potential flaw in the system of the people chasing them, hackers then wrote software which changed it’s ‘fingerprints’ more regularly than the database was updated to elude their captors.

Who says there is a threat from mobile phone viruses

There are a number of sources of information which talk with some authority on the subject of the threat level imposed by mobile phone viruses.

So, there are arguments for and against installing antivirus software on your phone. What should you do to avoid the threats which are undeniably out there ?

You’ll get some virus protection without installing any software

Out of the box, any mobile device you have will have some basic antivirus facilities :

However, there is a major financial incentive to get in to your device and get hold of the information which is on it. As a result, the list of ways that hackers are trying to get hold of your information has grown.

What should I look for in my AV software for Android and iOS?

Any antivirus problem has to do the basics : pick out, identify, section off and deal with the malware and virus nasties we’ve discussed here. Table stakes for being defined as antivirus software is the ability to deliver against these essential requirements. In addition to those fundamentals, the best antivirus software applications you’ll find for your phone often benefit from the facilities and capabilities we explore in this section. Our suggestion is that you read them, decide what’s important to you and review the antivirus software you choose against them.

If you’ve got this far, you succeeded

Malware is not good stuff. Originally, it was invented by computer programmers who wanted to prank and impress each other. With the incentives around at the moment, their ideas have been hijacked. There is simply so much money to be made spying on people, stealing their bank details and extorting ransom money from them that there are organized and sophisticated groups of people dedicated to writing and using this code.

Serious international government bodies have been established to combat the threat. That they have had to be set up validates the risks. And while there are some free protections in place for your phone, it may make sense to investigate and purchase antivirus software for your phone. There are different sorts. You can choose free antivirus software or paid antivirus software. We recommend you consider what elements of the available solutions appeal to you and invest, now that you understand the risks involved.