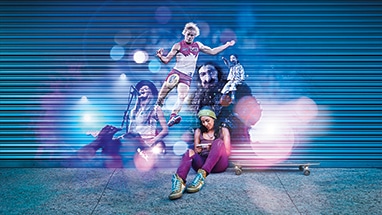 Telstra in recent news has announced the revamp of their home bundle plans currently on offer to subscribers.

The new “Home Bundles” on offer from the national Telco, are set to include bonus video on demand content.

On demand content is highly important these days and is exactly what consumers are after.

The national carrier had recently announced to the media, that video streaming content now makes up for more than two thirds of data on its network.

Telstra has announced that existing and new customers on the $90 Medium monthly plan can take advantage of this deal.

Subscribers will be given a Telstra TV, plus a three-month access subscription to the three streaming providers.

In homes across Australia media viewing habits are changing and so too is the way in which we watch our favourite shows.

Long gone are the days where we would all sit down to the TV at home and watch a show as it was broadcasted.

People want content on demand and this desire is not slowing down.

As the reports are showing us, Aussies these days just can’t get enough streaming of video and content on demand.

Telstra has gone on the record to state that video streaming now makes up for around two-thirds of all data.

This is data transferred over their fixed network, demonstrating the digital video revolution in Australia.

With shifting viewing habits now happening both inside and outside of the average family living room.

More than half of all Aussies now prefer to access their content on-demand, rather than wait for it to be broadcast on TV.

Telstra and the other national Telco’s have been forced to cater to this surging demand of popularity.

The national carrier has responded by introducing new home internet bundles, with the hope of transforming home viewing habits.

Telstra plans to transform Australian homes into the most entertaining place on earth.

What do subscribers receive on the new $90 Medium Home, monthly bundle plan?

Telstra rolling out their bundle packages

The national carrier understands that a one size fits all solution is not what’s best for subscribers.

Broadband packages used to be a “one size fits all” solution, that’s why Telstra is changing the market.

The carrier recognises this and that’s why they are now offering bundles deals and add-on packages.

Consumers will now be able to decide if they want additional data, entertainment, call inclusions, speed and premium support.

Telstra is also working hard on expanding their content library, through the upgrade of their Telstra TV service.

Entertainment is the new battleground

Most consumers in Australia love sports and this is rapidly becoming the new Telco battleground.

The second place national carrier has also signed deals with Stan and Netflix.

Not wanting to me left out, Vodafone Australia offers their subscribers access to Stan and stream music provider Spotify.

“There’s no ‘one size fits all’ solution for Australian households, so we’ve built a range of new add-ons customers can choose including additional data, calling, entertainment, speed and premium support, to help customers build a plan to suit their personal needs,” – Stuart Bird, Executive Director, Telstra.

Telstra has endured a rough year so far, with a continual series of mass outages and executive resignations.

The introduction of these new bundle plans and the announcement of the Telstra Gateway Max 2, should appease users.

This means that Telstra users will be able to surf the web and stream movies with less interruptions.

Mr Bird was quoted as saying that recent Telstra research shows that around 60% of people stream content from their bedrooms.

This is great news as an additional 12% of Telstra users on average, prefer to access home Wi-Fi from the bathroom.

Telstra is also bringing an all-in-one hybrid modem to the market in the coming year.

Which will combine both fixed and mobile Telstra networks, designed for when a user’s broadband goes down.

“We know waiting to have a fixed broadband service connected can be a hassle. Our upcoming Telstra Frontier modem will draw on the power of our national mobile network to get households up and running while a fixed service is activated.” – Stuart Bird, Executive Director, Telstra.

With the new Telstra Gateway Max 2, customers moving home or setting up a new connection will be up and running much faster.

If a Telstra subscribers fixed broadband service is unavailable, they will be switched over to the mobile network.

Consumers which sign up the new Telstra bundle will also receive access to any of the 500,000 Telstra Air Wi-Fi hot spots for free until 27 March 2017.

Despite the recent Telstra outage issues, the national carrier is rewarding shareholders with a $1.5 billion share buyback.

This comes directly on the back of a 37 percent surge in full-year profit and additional future investments planned.

The plan consists of a further $3 Billion, which has been earmarked for network and speed upgrades.

We all know that Telstra is Australia’s favourite network carrier and it is regarded as a premium Telco.

But recent outages have shown us that for a supposed premium network, perhaps the premium subscription price tag is not value for money.

With new plans and content bundles, it must be asked is this really a good deal for consumers?

In such a competitive market and with other providers offering great deals, the national carrier has a lot of convincing to do.