How to Save Money on a Mobile Phone Plan 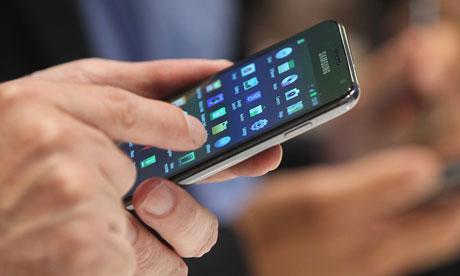 Not that long ago, if you wanted a mobile phone you had to buy a plan from one of the major phone companies and lock yourself in for a set period, usually 24 months. At the end of the minimum period you had your phone to yourself, but the chances were that you had your eye on another phone which had even more features. The old phone went on a shelf or in a drawer and was forgotten and you locked yourself into yet another 24 month deal!

The times are certainly changing with flexibility being the key these days. There are SIM only plans where you can use your own unlocked phone, there are prepaid deals where you can you pay-as-you-go using your own phone. You don’t even have to rely on buying a package from one of the Big 3 providers (Telstra, Vodafone and Optus). You can grab a plan with one of the mushrooming number of third party operators called Mobile Virtual Network Operators (MVNOs) which use of the major networks but tend to be quite a bit cheaper.

How to Save Money on a Mobile Phone Plan

There are several different options:

How a SIM Only Plan Saves You Money

Let’s compare a 24 month plan with one of the major telcos with buying the same phone unlocked from one of the cheaper outlets and using the same telco’s own SIM only plan.

Optus has a $85 a month plan when you sign yourself up for 24 months. The plan comes with the following main features:

This is the typical package that most people were using not so long ago. About half of mobile phone users in Australia still are doing just that.

Now let’s see how we can save some money by buying the same phone from somewhere like eBay or any other outlet. A new Samsung Galaxy S5 will cost around $240 to $280. Let’s take an average $250 for our calculation.

Optus has a SIM only plan which costs $40 a month for a minimum of 12 months. The features are exactly the same as for the 24 month SIM plus phone plan, i.e.:

This is a savings of $730 over the plan where you buy exactly the same phone through Optus! It’s a no-brainer.

There is an even cheaper way of doing this. Instead of using Optus’s own SIM only plan, you could opt for one of the MVNOs. There are plenty of them these days and you really need to use one of the mobile plan websites like WhatPhone to do some research of your own. Just for the sake of the argument, we’ll choose a company which uses the same Optus network as Optus itself so we can compare apples with apples.

Ovo Mobile will give you a SIM only deal which costs $34.90 a month for more or less the same data, voice and text features as the Optus one. That would cost $1087.60 over the same 24 month period including the cost of the same phone. That’s $952.40 cheaper than the Optus phone + SIM plan and $122.40 cheaper than buying the SIM only plan through Optus and yet you have access to exactly the same 3G / 4G network!

Watch Out For Phone Compatibility

If you do buy an unlocked phone yourself, you do need to check its compatibility with the network you are going to use. This is something that visitors to Australia or Aussies who buy their phone overseas (or through an online store like AliExpress) are often confused and disappointed about.

It’s because each phone provider uses a limited number of frequencies for their phone network. The 4G network uses typically more frequencies than 3G. Every mobile phone is built so that it responds to certain frequencies. If you buy a phone from Optus, it will already have the frequencies that Optus uses, so there will be no problems there. But if you buy the same phone, say in Canada or Europe, it may have different range of frequencies or may not work very well or even at all on the Optus network!

How to Save Even More Money When Choosing a Mobile Phone

What do you really want your phone or smartphone for? Do you really need every brand new feature which comes available or are you more interested in saving money?

Do you use the phone mostly for:

There is a huge range of phones available today from many different sources which may not be that flash but will provide basic voice, text and data, either 3 or 4G for basic internet use and emails. If you combine one of these phones with one of the SIM only plans or a prepaid plan with a MVNO then you are really saving money.

Most of the major telcos now sell a range of cheaper phones that you can use on their own prepaid or SIM only plans. They are generally locked phones, so if you want to use them with another provider you will either have to pay to get them unlocked or learn how to do it yourself after doing a bit of Googling!

Optus sells phones from as little as $49 for the Alcatel Pixi 3.5. It is certainly pretty basic on modern cell phone /smartphone standards but will still do everything you need to do using the Optus 3G network.

There are plenty of others to choose from, including:

Of course, these days you are not limited to buying locked phones from the major providers and any stroll through a store like Harvey Norman, Big W, Coles or (sometimes) even Australia Post will reveal plenty to choose from. You can also buy online through eBay and other online phone stores.

Of course you are not limited to new phones. The world is full of good quality second hand phones that are going cheap and still work as well as new ones in many cases.

If you have all the money in the world there is still nothing easier and safer than the security of locking yourself into a plan with one of the major phone providers. If something goes wrong, you will have no problem getting the problem fixed. If you want to save some money this is easier than it has ever been with the accent on flexibility. There are unlocked phones, SIM only and prepaid plans, MVNOs which provide discounted mobile plans, cheap phones of every description and you can even use your friend’s or colleague’s old phone they don’t want any more.