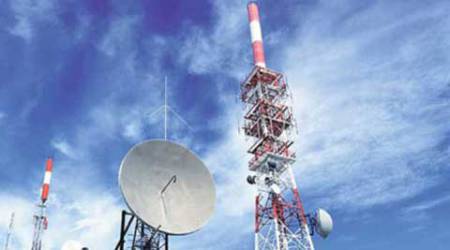 The Australian Communications and Media Authority (ACMA) has finally launched the auctioning of the unsold section of the 700MHz section. These are called waterfront assets and are particularly important for 4G mobile services. The expected return from the auction will be in the region of a billion dollars. The 700 MHz yet to be allocated spectrum has particularly high value for services offering 4G LTE mobile broadband as it has the capability to maintain a reliable signal over longer distances.

There is also an online auction for the 5MHz and 10MHz spectra which already has a reserve price set at $1.25 per MHz per population. The first lot to go under the hammer is expected to be 10 MHz and as soon as that has been clinched, 5MHz will be next in the queue.

Telstra already knows that it hasn’t been given permission to make a bid, as in December the government announced that Telstra was to be excluded. As a result of this decision Telstra believes the government will be struggling to get its asking price. However, the ACCC sees things differently as by stopping one mobile network operator from both owning and controlling anything more than 2 blocks of 20MHz of the 700 MHz spectrum will create a more desirable customer experience. This is because it is letting the other main network providers act more competitively by getting them to bid against each other. The main contenders are Vodafone, Optus and TPG Telecom.

In 2013, Telstra had a fair outcome from the auction by gaining both 2 pairs of 20MHz of the 700MHz spectrum and 2 pairs of the 40 MHz in the 2.5GHz spectrum. This cost the telco $1.3bn auction. What’s remaining from that 2013 auction is what’s available now. Optus and TPG Telecom weren’t left behind in that earlier auction process but gained jointly nearly $2 billion of spectrum in the 2.5 GHz and 700 MHz bands. Vodafone at the last minute wasn’t allocated any 700 MHz spectrum which meant the expected $3 billion wasn’t achieved by the government.

Vodafone is out for what it can get this time, as the present government sees it as important to have an open auction allowing all potential players to bid which would be better for the telco industry.

Where does Optus stand?

The telco is busy extending the range it’s getting from its current bandwidth allocation and has to date constructed 9 small satellite cells covering upwards of 2000 km of the Western Australian Highway. These smaller units when combined with both backhaul and satellite connectivity offer better mobile cover in rural areas. Once completed, the route between Broome and Geraldton will have some connectivity for Optus subscribers. Whatever Optus wins in the current bidding will help roll out mobile high-speed data and voice coverage to the regional areas it’s expanding into as the 700MHz spectrum is designed for 4G mobile broadband services. It has completed a successful project using small cell technology earlier this year in Northern Territory.

TPG also has its eyes set on the 700MHz

TPG said it was pleased that the government had changed its mind about selling the last remaining 700MHz spectrum band to Vodafone Hutchison Australia last year for an estimated $590 million. It is busy developing inroads into the telco market as well as vying for spectrum in Singapore.

David Teoh, TPG’s CEO, says his company has a firm commitment to wireless connectivity as it believes it’s the communication of the future, especially for consumers in Australia. It has recently acquired some 1800MHz spectrum, as did Optus, Telstra and Vodafone which has encouraged its interest in purchasing some of the available 700MHz spectrum.

When it comes to mobile connectivity in Australia in regional areas the people don’t have much choice but to put up with what’s dished out to them. So far it appears that Telstra’s dominance throughout the country has meant that it’s been able to put a premium on its prices especially where there is no competition. This latest spectrum auction may offer new hope for regional consumers if it adds a more competitive element in the offering of 4G LTE mobile services. No one is sure yet what will happen around 2020 when 5G becomes established.