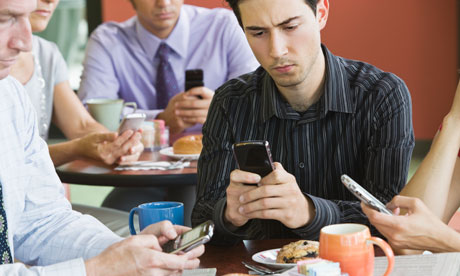 An intriguing research project in the U.K. appears to have shed some light on why different people choose iPhones rather than Android smart phones and vice versa.

Nearly all smartphones are either Android devices or iPhones but there are many more of the former than the latter. It appears that marketing strategy is definitely aimed at particular target markets and the research appears to pinpoint personality as being the most important determinant rather than the depth of the pocket.

Smart phones in one form or another have only been around for about ten years. The first smart phone to be released was the iPhone. It achieved instant success and the smart phone market continued to increase exponentially over the next few years. To a certain extent it has levelled off now, but that’s partly because just about everyone who wants one already has one. The focus for smart phone manufacturers has been on expanding the number of features for each new release.

A joint research project in the U.K. by the Universities of Hertfordshire, Lancaster and Lincolnshire asked 500 people to answer a series of questions about themselves and their smart phones.

The results showed that iPhone users were more likely to:

Android owners were more likely to be:

The project went further than just summarising the results of their questionnaires. They used the results to extrapolate who owned which device by measuring their personality traits against the results of their own survey. They fund that the degree of correlation was higher than that of pure chance, which tends to confirm that there must be something in the research findings.

The real differences between Android and iOS devices

More and more people now have smart phones of one type or another. Research from the U.S. tends to show that it is younger, richer, more educated and more urbanised people who have more smart phones with ethnicity and gender having little influence.

Other research from the U.K. seems to indicate that more females like iPhones and those that do may do so because they see them as status symbols.

Whatever the reasons, it seems that all types of smart phones are becoming more popular to carry around than laptops.