How to avoid racking up a phone bill overseas 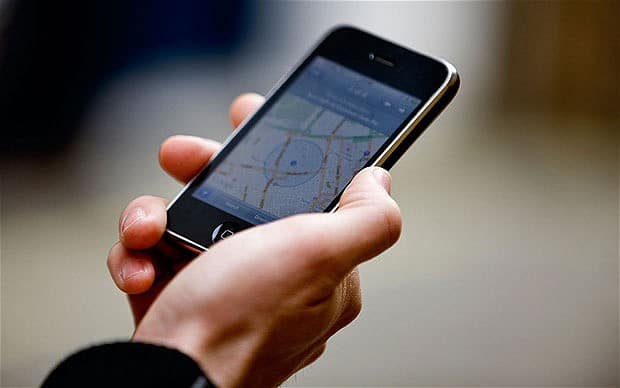 Being online 24/7 is what everyone wants, but travellers normally expect delays when travelling overseas away from home. You should check your Australian phone provider before you set out, as sometimes initiating a roaming option is easier to do when you are still connected in Australia. The Australian telcos all offer comprehensive roaming possibilities, but of course these come at a cost to you.

Many savvy travellers don’t bother using their home phone internet when abroad. They just pick up a new SIM card and talk and data package on arrival at the new country’s airport. Home network providers have homed in on what their customers are up to and are trying to offer competitive packages for their dedicated travelling customers.

Vodafone is now offering roaming for $ 5 a day to 50 countries or more, including Tonga, Canada, Solomon Islands, Samoa, Vanuatu and Papua New Guinea giving you the chance to use your current Vodafone package to surf and talk as if you were back home. If you are going to New Zealand there is no roaming charge at all for 90 days within a 12 month period so if you are happy with Vodafone and you are going to NZ you won’t necessarily have to change providers to get the best deals.

The $5 daily roaming charges (apart from New Zealand) will cover the use of your phone, modem or tablet in more than 50 countries. To make it even easier you won’t have to activate the roaming facility if you are on a mobile plan that commenced after 23rd April 2014. This applies to plans for mobile broadband and plans for shared mobile broadband opened after August 2016.

The other great deal is if you are offline while overseas because you are not in range of a mobile tower you won’t be charged the $5 daily charge that day.

Optus has a roaming deal too

The Optus deal doesn’t appear to be as cost effective as Vodafone. Their travel pack allows you to use your number while abroad but comes at a cost of $10 a day for 31 consecutive days. For this deal you get 50 MB of data and unlimited texts and calls. If you need to sign up for ten days, the 500MB can be used on the first day if you wish.

There are some restrictions where this travel pack can be used. That includes what Optus calls “zone 1 countries,” which include North America, not South or Central America, Europe, most countries in Asia, but not the Middle East or Vietnam. Optus sells packages for various time periods from 3 to 30 days. Data allowances vary from 225MB to 2.2GB. If you are overseas for 30 days it will cost you a whopping $300. The roaming option used in New Zealand costs a little less.

Telstra hasn’t been left out of the loop. It offers a travel pass which allows you to take your number abroad too. This travel pass can be used in 50 countries, including North and South America, Europe and the South Pacific island nations.

Advantages of roaming overseas with your current provider

Cost isn’t an advantage but keeping your own number is. If you are going overseas for business purposes and you don’t want the inconvenience of changing your number you have no choice but to accept your provider’s roaming deals. At least you know what you are paying for in advance if you check the most current deals and sign up to the one that best fits your travel plans.

Many travellers, short or long term, have become pretty savvy over the generally high amounts charged by their home country phone network provider and simply dash to the nearest phone store or booth if there’s one at the airport and buy a SIM card. In fact, sometimes they are even offered for free. It’s worth doing some research before diving into this option as there is more to communications than just sliding a new SIM card into your phone.

Key points for using your own phone

Use local Wi-Fi for everything

Not so long ago, free Wi-Fi could be found everywhere, including shopping malls, airports and even in public parks. These seem to be increasingly attached to private operators who charge a fee for the service. Sometimes, they are competitively priced with local MVNOs and sometimes not. However, your hotel or even backpackers’ accommodation and commercial campgrounds often still provide this service to patrons via a password.

Public libraries are often good places too and some even offer places you can hold a conversation with a friend without disturbing other library users. Don’t forget if you are an avid fast food consumer places like McDonalds in some countries allow you to drink bottomless cups of coffee while you book your hotel room or Google for nearby attractions. You can even call on Skype, but just keep your voice down if you want your call to be private.

You can download a global wireless app which detects Wi-Fi hotspots and connects to them immediately without you doing anything.

When you travel you will have to pay for internet if you want it 24/7, whether you use your Australian phone company’s roaming facility, buy a SIM card overseas or put up with intermittent usage using Wi-Fi. Some airlines haven’t forgotten your insatiable desire to be connected either and offer Wi-Fi at a cost on some flights. You may also be surprised to know that if you are going to a far flung destination like Antarctica, whether on a cruise ship or yacht there might be a facility to message your friends or post on social media using provided satellite facilities.