Payphones are Well Past Their Use by Date in Australia 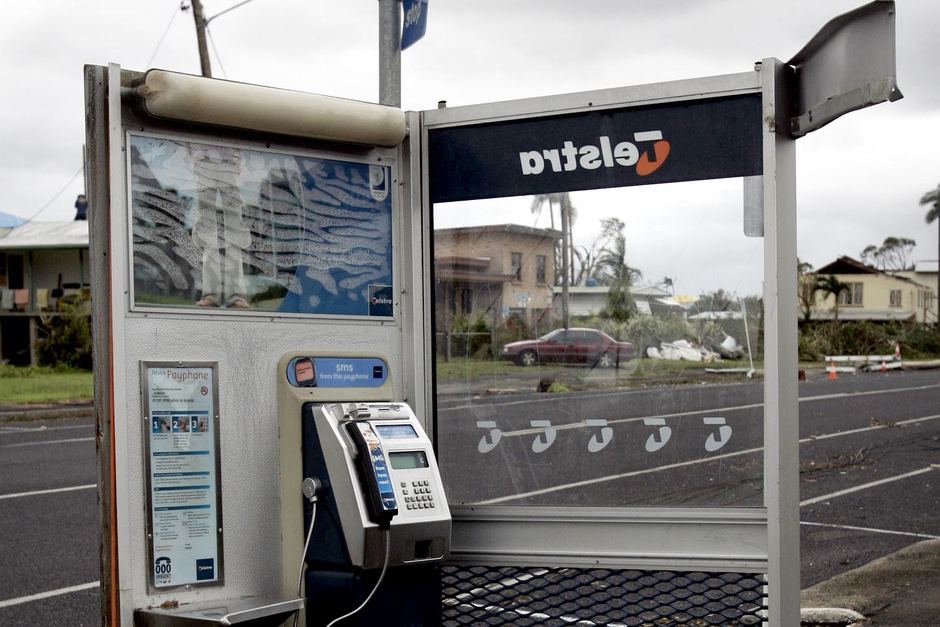 When did you last use a payphone?

As a local resident in a country anywhere around the globe, it’s unlikely you will ever have had the need to use a public payphone.

Perhaps an overseas visitor might be looking around for one at an airport if they need to contact a relative, friend or a business representative if they haven’t turned up to meet them.

But even most travellers, whether for vacation or business reasons, would probably have decided a long time before boarding a plane how they are going to get internet or phone once their own phone is out of range. These are the sorts of W

In 2014, 9% of Australians had used a payphone at some time throughout the year, but that’s already 3 years ago, so it’s probably even less now. Of course the one good reason for keeping public payphones alive is to satisfy the needs of those who can’t afford a mobile phone. Once in a while they may need to make a call. Also, statistics indicate that only 25% of seniors have a mobile phone, so they would be at a disadvantage if there were no payphones available to use.

The federal government and its state counterparts are always telling people to tighten their belts by saving harder and not depend on public services. But the government is paying out A$ 44 million dollars to Telstra, a privately owned telco, just to satisfy the tiny minority who need to use one of the 17,000 public payphones spread across the country.

It also appears that between now and 2032 Telstra won’t be using its own profits to keep the copper lines functional to allow voice initiated calls. In fact, it will be taking overall in the next 15 years a huge $297 million for this, as well as for payphone maintenance. With sky high data these days it seems it would better to use this money to help Telstra keep down its overwhelming data prices and offer a useful arrangement for seniors if they can’t afford to buy a mobile phone.

The productivity commission has pointed out that the number of calls initiated from a Telstra payphone dropped by 71% in the six years to June 2016, which seemed better to make mobile services at a more affordable rate combined with an improvement in mobile coverage throughout the country than keep public payphones going at an extraordinary cost.

One can’t make the assumption that those in regional areas might use a payphone more often, as 70% of these phones are located in urban locations. No one really knows why a phone is in a particular place and whether it’s ever used. According to Telstra’s statistics the most popular payphones are at Melbourne and Brisbane airports, as well as at the Royal Brisbane and Women’s Hospital and Parramatta train station.

It appears the only reason why there are still so many payphones is due to the support for their existence by the Communications Consumer Action Network (CCAN). This says that in some remote areas, namely indigenous remote communities, there is still no cell phone coverage. It seems the last statistics out of these communities was in 2008, which revealed that 10% of people relied on a public payphone. There is obviously good reason for CCAN to state that there should be payphones readily accessible until there is guaranteed mobile coverage for all. Statistics have revealed that rural communities aren’t the biggest users of payphones.

Telstra is no fool when it comes to government subsidies as it has started to build Wi-Fi hot spots at almost 4,000 payphone spots. This has been going on since 2014. The Air network has expanded throughout the country and there are now 650,000 pink-liveried hot spots in evidence.

Despite the fact that Telstra claims it has paid for all these conversions, do people know how to use them? Anyway they are only benefiting Telstra customers and are no help to those subscribing to other providers. Wi-Fi hotspots are not well known for emphasising security, as New York City found with their LinkNYC kiosks. These were offering call and internet browsing using an Android device, but it seemed that users were keener to access what was definitely the seedier side of the web. There are other concerns that have arisen, including the filtering of content, user tracking and user privacy.

What do people want?

In the end, Wi-Fi and public payphones are not really what the consumer is after. They want to be able to access the internet, make a call or text a friend when they want, where they want and at a price they can afford. It wouldn’t take too much with the money available to do this rather than committing cash to a resource that does not suit our more privatised lives.

If there are still communities around Australia that don’t have a good cell phone service, it’s about time they did, as cell phones have been in use in Australia now for more than 2O years. Cash would be better spent on cell phone towers in remote areas, not payphones that once vandalized need a technician to be flown in to fix them. One wonders who will be responsible for paying that particular bill?

Also, when it comes to Wi-Fi hotspots in busy urban areas, it is certainly a waste of time putting the technology in place where no-one can pull in and park to get on the net. What about vandalising? These Wi-Fi hotspots are out in the open which makes them no different from the iconic vandalised payphone with its receiver dangling together with wires wrenched from their sockets.