Phone Leasing Options: Which is Best? 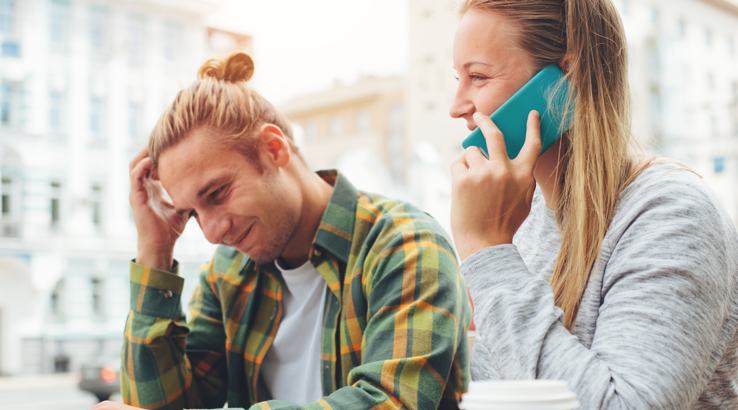 Leasing your phone is a good way to retain control of your right to shop around for a plan while avoiding the up front cost of the device.

For as long as anyone can remember, phone companies have successfully encouraged customers to sign up to their services by offering the latest model smart phone. The catch is that the individual needs to be willing to be bound contractually for that time. Once the 24 months is over, under this scheme the phone becomes theirs.

Of course,   phones aren’t free. Ultimately users pay ( or rather repay ) for the device in their monthly payments. When you get charged $70 a month for your new iPhone, usually $40 or so of that goes to pay for the phone. This sort of offer is great for those that don’t have large amounts of cash readily available to make an outright purchase but still want the most up-to-date Android or Apple device.

So why offer or consider leasing?

Leasing, however, is a new, cost effective alternative to phone contracts. Phone companies like MooseMobile offer the service. You can also use a FlexiRent facility or lease a phone through RadioRentals. Leasing a car has been an option for a long time and the with the main attraction is the same : It’s an affordable way to get your hands on the latest thing all the time.

Leasing a phone simply involves singing up to one deal for the phone and another for the phone plan. It’s really taken off in the USA, with providers like Sprint leading the way. Breaking the phone and the plan out in this way gives consumers so much more power. Without being tied in to contracts, users are free to take their phone to any phone company they like. That means they get a better deal on the phone plan and, importantly, they get to keep the phone at the end of the agreement.

One key consideration which is driving people towards leasing phones, rather than signing up to contracts is the amount of extra data that is included in plans, during the course of the 2 years they’re out of the market. Check ou t this example. You can see that, over the course of just one year, Vodafone more than doubled the data it offered in its SIM Only plans. If you were trapped in a contract, they wouldn’t give that data to you. If you were leasing your phone, they’d have to. 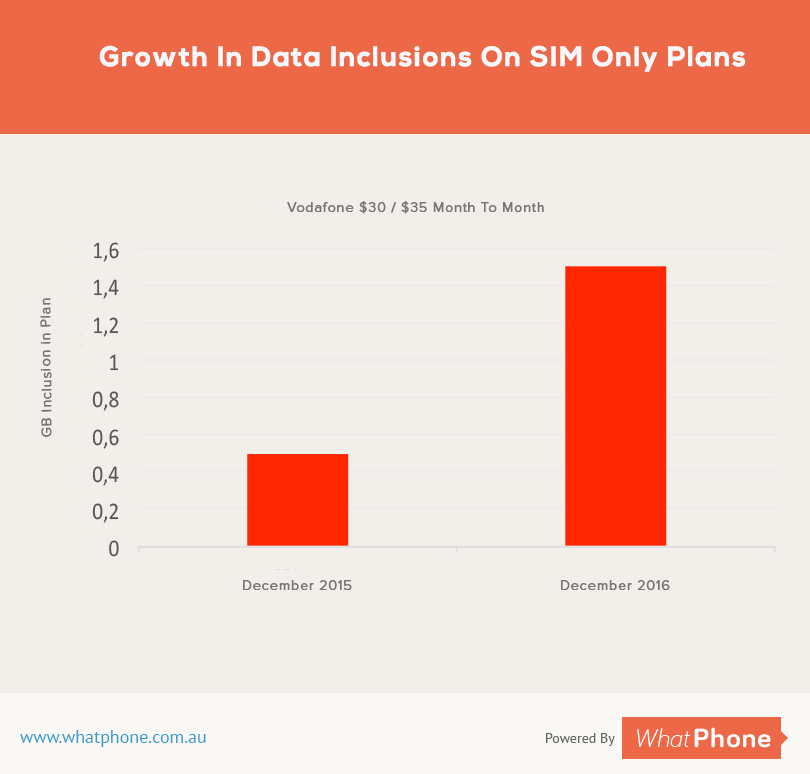 Leasing your phone means you can move phone companies to get the additional data they provide their uncontracted customers.

The big phone companies have something similar

Even the big phone companies are getting in on the act. Kind of. The leasing arrangements that both Telstra and Optus now offer are designed for the same type of user. They’re a bit different though.

The main advantage with leasing a phone through these guys are :

However, both Telstra and Optus do help a bit by offering every twelve months a new phone. If you do that, you will attract an additional flat charge. On a lease agreement the Optus My Plan Flex lease plan allows you to swap an undamaged phone after 12 months for $99. Telstra’s Go Mobile Swap lease plans offer the same option at the same price. Careful though. If the phone you hand back after 24 months is damaged in any way, for example a cracked screen, you will be charged extra. Remember, this is despite the fact you are leasing it and it’s technically never been yours entirely.

If you aren’t sure which is the best handset for you to lease signing up to Telstra’s Go Mobile Swap deal will offer you more choices than Optus. The range of handsets Telstra offers is much larger, reflecting, perhaps the fact that they launched the scheme first. At the time of writing :

At Optus’ My Plan Flex has available to lease

Clarity on the charges with Optus and Telstra

If you don’t damage the phone over the 24 month lease period whether you are a Telstra or Optus customer you can expect to save $10 per month or $240 over the 24 month period when compared to an ordinary phone/data/text/call plan. It’s money in your pocket and not the telcos. If you look at all the different factors Telstra comes off better with its lease phone deals.

If you do have the misfortune to damage your phone, the amount you’ll pay depends on the precise nature of the damage. Optus claims it will charge $229 for minor damage at the end of the lease period with a badly damaged device attracting an extra charge of $499.

Telstra is a bit more specific and threatens a charge of $229 for a screen that has been cracked or if the phone doesn’t function at all $499 is the current penalty.

What happens at the end of the lease with Optus and Telstra ?

If you lease from a regular handset provider like Moose, you’ll own the phone at the end of your term.

Telstra states that if you swap for a new phone with a new lease the company allows you 30 days to return the old phone. If you fail to follow this deadline you will incur a charge that represents the face value of the phone plus a 20 percent penalty.

Optus offers after the 24 months has come to an end either returning the phone in good condition or you can purchase it from the telco at a price set by the company. If you fail to make contact the current leasing contract continues for up to 6 months and then it will be closed and you will be charged an appropriate amount of money for the device. Much the same happens for Telstra customers.

In summary, you’ll need to do the maths

Leasing phones does offer a saving, whatever telco you use. How well it works for you if you take Optus or Telstra’s deal depends ultimately on how good you are at looking after an expensive  phone. You could end up paying more if your leased phone is seriously damaged. On the other hand, if you like to upgrade more regularly, these can be great deals.

The bigger savings are there – you just have to look to see them. When the phone is yours, be that leased or bought outright, you have more power. As your data usage rises – and everyone’s does over time – it can start to cost you, if you’re trapped in a contract. When the phone belongs to you, you can change provider and / or plan and be rewarded with much, much more data.