OVO Bringing the CSL to Australia 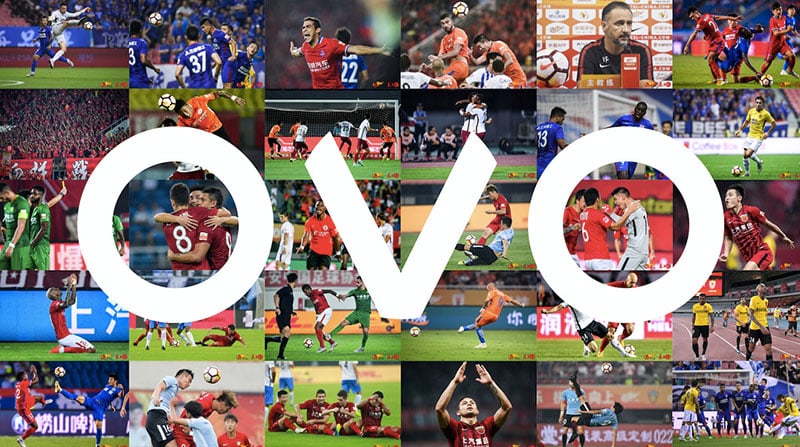 OVO Mobile are a highly regarded MVNO that focus on providing low-cost mobile plans for customers. They use the Optus network, offering 4G plus where available. OVO Mobile’s plans have relatively high data inclusions, and they also offer plans for children that include free cyber safety.

OVO have already demonstrated their ability to build and increase Australian audiences for international sporting competitions. With the acquisition of the CSL, OVO are building on their portfolio of digital broadcasting rights to niche sporting events such as drag racing, rugby, badminton, water polo, gymnastics and esports. Fans of these sports are loyal and dedicated viewers, amassing more than two million views of content on OVO channels in the last year. The CSL is the first football league acquired by OVO for Australian broadcast.

The CSL is the highest tier of football in China, and is currently broadcast to almost 100 countries. There are 16 teams competing for the title, which has been won by 6 different teams. CSL games are some of the most popular sporting events in China, with an average match attendance of just under 24,000 last year. That makes them the fifth most watched professional football league, only behind the most recognised leagues in the world such as the English Premier League, La Liga, Liga MX and the Bundesliga.

Due to its popularity and high wages for footballers, increasingly foreign players are choosing to end their careers as part of a Chinese team, which means the league is peppered with familiar names such as Oscar, Hulk and Paulinho. However, the number of foreign players that can be on the team is highly restricted, encouraging local talent to shine.

OVO are offering CSL matches live and data-free for OVO Mobile subscribers. The matches will be broadcast via OVOPlay and other OVO channels. The content will include a weekly 30-minute magazine show, highlight clips, and the content will be available in both English and Mandarin.

The Chinese Super League has grown quickly and amassed a truly impressive fan base, many of whom are currently living in Australia. The decision to broadcast the CSL means current fans residing in Australia can access this wildly popular league, as well as attracting new fans who would otherwise be unable to watch any games. Millions of Australians have Chinese heritage, football in general is growing in popularity in Australia, and the arrival of stars from other leagues all make the CSL an attractive offering for OVO customers.

The Chinese Super League season differs from most European leagues, beginning in February or March and ending in November or December – meaning the 2018 season is drawing to its exciting conclusion. OVO customers will be able to stream a selection of the matches remaining in the season starting from this weekend, and replays and highlight will be made available on the platform. Starting from 2019, the full program of live matches, highlights and extra content will be made available on OVOPlay. The OVO app is available for iOS or Android, or can be viewed online at play.ovo.com.au along with content from other sporting competitions.

Mobile devices are becoming one of the most popular ways to access sporting content. While watching sporting events on a mobile phone might not have the visual impact of a large screen TV, it makes up for the size with convenience, portability, and low-cost access to content. With data-free streaming, fans can access content anywhere, meaning even the most die-hard fans no longer have to plan their lives around being at home when matches air.

The OVO Mobile partnership with Chinese Sports Media to broadcast the CSL is great news for football fans in Australia, which will likely grow both the CSL fan base and OVO Mobile customers at the same time.