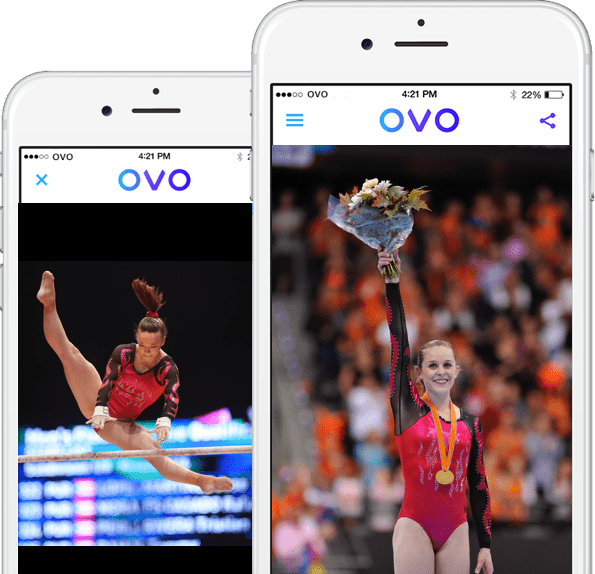 If you are a superbikes supporter or love gymnastics OVO mobile is got something good to offer you this year.

OVO a pre-paid Mobile Virtual Network Operator or MVNO is connected to the Optus Mobile Network so it covers 98.5 percent of the Australian population. Optus 4G Plus Network is being slowly rolled out which will offer far faster speeds. All this has put OVO on track to provide sports coverage which doesn’t gobble up data. Optus has been offering EPL live streaming while Telstra has been out there offering AFL, NRL and netball. All these don’t attract data charges but are offered within the plans.

With so many competitors in the data game throughout Australia there is no surprise that OVO has leapt in to live stream sports which doesn’t attract any additional data costs and it’s now including super bikes and gymnastics in its current offerings. This is not long after Telstra announced that it was going to upgrade its AFL and NRL apps which include data free live streaming.

Sports not new to OVO Mobile

In November 2015 OVO began to offer V8 Supercars (not currently available – that deal has ended) and almost a year ago it offered gymnastics after clinching a deal with Gymnastics Australia. It wasn’t just these sports viewing options it offered but it improved its pricing and increased the data limits by 3X.

In 2017 OVO has gone a step further and it has now signed up for exclusive broadcasting and live streaming rights for Gymnastics Australia and World Superbikes. They’ve also added zero rated live audio streaming.

OVO has clinched the deal with the Dorna WSBK Organisation known as WorldSBK. It will live-stream all the audio commentary on its current OVOPlay app for

This is expected to include the opening on Phillip Island between 25th and 26th February of the Yamaha Finance Australian WorldSBK round.

Gymnastics Australia recently stated it had signed up for 2 years to OVO Mobile for the exclusive streaming of major international events, such as World Cup gymnastics events that include the Australian tournament which takes place in Melbourne from 22nd -25th February. In October and November this year the Gymnastics World Championship is expected to be live-streamed too. It seems that this is the first mobile deal for streaming gymnastics broadcast that Gymnastics Australia has ever agreed to. Up to now anyone who wants to watch gymnastics has had to wait until an event like the Olympics comes round when many of the gymnastic events are broadcast live.

In the past gymnastics has been side-lined as a sport made available on mobiles so now those who enjoy gymnastics will get the chance to watch international and local events while on-the-go on their smart phones. Throughout Australia there are gymnastics’ clubs that are currently registered.

One of the great things about OVOPlay is that everything you view is free. It’s all part of the MVNOs unique time allowance so you don’t gobble up any allowance from your monthly data allowance. As soon as you access the OVOPlay App sports is your oyster as there is no time limit to how much you can watch OVO sports. It will also offer 50-minute highlights for every sports event. These will be made available to view on OVOPlay after 48 hours after the game has closed.

Matt Jones OVO mobile’s SEO is very excited about these developments. What has struck him the most is that these two deals have chosen OVO mobile because both Gymnastics Australia and WorldSBK believe they have fans using the MVNO and they have faith in it to deliver the content they want. He also revealed that after trials with Gymnastics Australia they were more than satisfied with what OVO can deliver.

Jones is expecting the superbike coverage to be a hit too. 24-26th February is the Australian round of ‘Scorching Superbikes’ the WorldSBK event at Philip Island and OVO mobile is offering a commentary which will be the only Internet radio broadcaster that will be offering free access to the event.

Things are looking up for mobile customers as alternatives like OVO are taking on the big 3 by offering the sorts of sports to customers that they can’t usually access.