It’s 10 years since the iPhone changed the world forever

As with many forms of new technology it takes time to perfect it enough to convince potential buyers it’s exactly what they are looking for. It’s not just about showcasing something new for the sake of it. It’s just as much about how much money can be made too. Since the introduction of the iPhone 10 years ago, Apple has been making up to U.S.$18 billion net profit in each quarter of 2016.

The history of this unique phone goes back to a request from the then Apple CEO, Steve Jobs, when he asked Apple engineers to investigate the use of touch screen devices with a tablet style computer. This request later came to be known as the iPad. Further research initiated the portable touch-screen device called the iPhone. It was only after the final improvements that Apple released it onto the market.

The revolutionary features of the first iPhone

What was probably the best feature of this first iPhone was that it gave the user the opportunity to do many different things using just one single device. It incorporated what was at the time the popular iPod, a convenient digital camera, a talk and text smart phone and the chance to use the internet on a palm sized device. In the end this has turned out to be a real winner and it has since developed progressively from the original iPhone to iPhone 7. The latter has just been released after a decade of profit for Apple.

Many of the features of this piece of history are still with us today on the iPhone but what is far more sophisticated are such things as iTunes integration and being able to synchronise data seamlessly with a Mac, PC, or an Internet service. The iPhone 10 years ago included music and videos from iTunes, a contacts’ list, calendars, photo storage, e-mail accounts and bookmarks all on a palm sized lightweight portable communications device. These are still with us today.

The iPod was where the iPhone started

Tony Fadell, who was referred to as the iPod’s “godfather” and who worked fastidiously on the first iPhone, admitted one day that when on a flight with the iPhone prototype it accidentally became lodged between the seats in the aircraft he was travelling on. It was only after a frantic search that he located it! Had it been lost forever who knows where the iPhone would be today?

This year, Fadell sees it as the 12.5 years anniversary of the iPhone – not 10 years. He started working on it after seeing how successful the iPhone could become. In fact, believe it or not, the iPhone plan was originally the size of a ping pong table and Tony Fadell’s job was to reinvent the wheel by reducing it to the size of the palm of a hand.

Ideas in brains of developers saved the day

Eventually, after considerably more research, the very first iPhone was unveiled, drawing a large crowd of expectant and curious journalists. Not long before that while visiting a manufacturer in Malmo, Sweden, the iPhone team had everything related to the iPhone stolen from their vehicles while they were dining in a restaurant. Despite thinking it was all part of a corporate espionage plot, no real secrets were lost as they were firmly embedded in the brains of the developers. 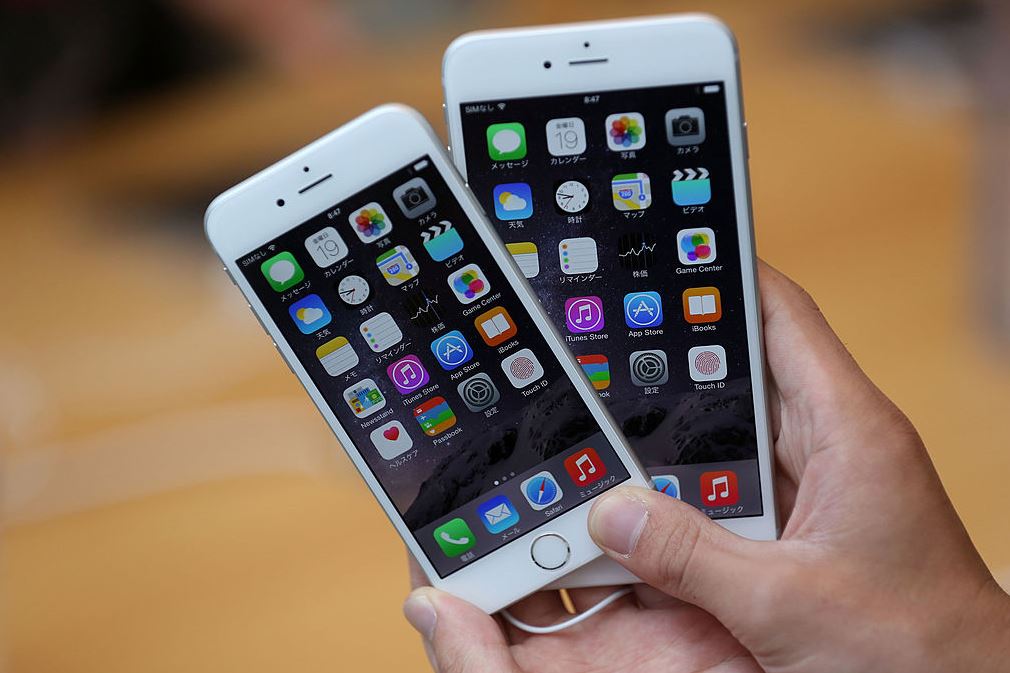 Keyboard or not? – A key decision!

Jobs was hell bent on incorporating a touch screen, however difficult that was going to be. Despite the issue of a touch screen being forced on the developers there is still to this day some regret not being able to incorporate some sort of keyboard, as some of you might remember from the early mobile phones. Another key issue was how the touch screen would ultimately work as the 1st touch screens required a stylus to be used. Jobs wanted users to use their fingers to replace a stylus which would be just as effective. Researchers were not so convinced and secretly made sure a stylus as well as finger movement could be used on the touch screen. This was probably a good move as far as customers were concerned, as it does take a while to adapt to a touch screen after using a keyboard.

Bluetooth was the norm

Bluetooth was the facility that was commonly used wirelessly, allowing transfer of information between the phone and a computer, including internet. Bluetooth is still firmly in use today, but it’s use has already peaked and has been eclipsed. However, it’s now the wireless hotspot that helps to exchange information between devices. In fact, these days, once you have inserted a SIM card into your iPhone, this can be used as a portable Wi-Fi hotspot too. That means that any device like a laptop, an Android tabletor another iPhone can all connect to this iPhone. Of course, data limitations apply depending on the plan you have agreed to with your communications provider. Unfortunately, having an iPhone in your hands does not allow you to access anything, including the internet, as you need to go through a telco in order to get your iPhone working. This can mean finding a suitable plan which matches your usage for texts, calls and internet.

It doesn’t appear that the iPhone7 has as many upgrades as Apple normally turns up with, but it does have enough to keep those smart phone fanatics happy who pay for upgrades as they come out in addition to their phone plans from their preferred phone provider. When compared to the original iPhone, there is no comparison. There was certainly no 4G available 10 years ago and even though there was internet connectivity it was nowhere near the speed today. You simply wouldn’t be able to download videos or stream music with the same clarity.

At that time the connectivity via a phone provider was called Edge, but the Wi-Fi connection, as far as the iPhone 7 features are concerned, has changed very little. What has changed is that there are not so many free Wi-Fi hotspots around as there were 10 years ago, even though you can get better connectivity using your iPhone inside a building using your telco provider. 10 years ago it was a bit hit and miss, both for phone and internet communications, once you entered a building. This has all been solved by powerful routers situated in one room in a home which circulates all the information to the various devices positioned in a home or business.

A lot of technology added to every breed of iPhone hasn’t so much replaced the new with the old but has refined the new to make the iPhone more robust for the user. The iPhone7 plus, which is almost 10 years on from the more basic iPhone, advertises such features as its appearance being better and antennas that are hidden from view. The camera feature has always been the pride of iPhones and improvements in this has never been neglected as new models have passed along the line.

Whatever the criticisms are of the images, whether downloaded onto another device like a computer or a Facebook page, they are still pretty good and there is now a 2x optical zoom which will delight anyone who uses their iPhone as their camera of choice. Often, people wonder how so many different features can come out of a single hand sized device. That’s one of Apple’s state secrets.

Steve Ballmer, Microsoft’s chief executive at the time of the iPhone launch, didn’t really think the iPhone had a lot to offer and mocked it by referring to it as a minor tool for the businessperson. His opinions that reflected on the future of the iPhone as a minor device were proved to be entirely wrong. This cannot be shown more than by the 2016 sales in which the iPhone had a market share of 11.5 percent, while the Windows phone scrambled for a mere 0.4%.

Materials used for the iPhone have ebbed and flowed

Since the iPhones 2007 release, Apple has changed and adapted the iPhone’s features over and over again, particularly its appearance, which began as metal then went on to plastic for the iPhone 3GS and 3G and glass for the iPhone 4s and 4 models. iPhone 5 is in metal and future designs of the product stayed with metal. One of the upgrades to the iPhone 7 range is its waterproof feature.

Since the iPhone was first put on the market by Apple, Android has brought in a competitive range of smart phones that have almost as much use value as the iPhone but the status of owning an iPhone with all its bells and whistles and with upgrades constantly around the corner iPhone still remains king, with well over 2 billion owners of the devices which is a significant number considering the approximate 7 billion people making up the world’s population.

How’s the iPhone changed in a decade?

Newcomers to an iPhone7 would have no idea what its predecessor was liked. But just 10 years back you couldn’t copy and paste, there was no 3G, let alone 4G and the apps available today are not only unrecognisable, but are far more versatile, with people depending on them throughout their waking hours to replace activities they would normally have physically undertaken without a thought.

One thing that Jobs could have said is that he introduced on to the world stage in 2007, an all-in-one iPod, Phone and seamless Internet communicator. There had never been anything quite like it before. One of the developments of the iPhone over a decade has been the increased use of both social media and apps making for an even more virtual experience of everything we do in this world.

Its versatility and popularity has been an even greater reason for app developers and advertisers to use social media for attracting customers taken the growing number of owners of the versatile iPhone. It’s really hit the world like a super storm.

With such an easy to use device, it caught people’s imagination like never before. It has given being connected to one another a new dimension even to people we barely know. It has helped businesses increase their profits with mobile adapted advertising being a big thing these days. The same experience can be generated on an Android but it doesn’t have quite the same meaning as an iPhone does.

What does an iPhone of today offer?

The iPhone and Australia’s telcos

Even though Apple sells iPhones directly to the consumer Optus and Telstra offer them as part of their phone and data/call plans. This gives those consumers who don’t have enough money to make an outright purchase the chance to own one through monthly instalments. This has been one method these days that telcos all around the world have been using to draw in and keep customers which is not likely to be withdrawn in the future.

All in all, the iPhone has changed the way we live and there won’t be any turning back. The only downside as far as Apple is concerned is after its windfall will this be able to continue. Consumers who buy the most up-to-date devices will only buy if they think there is something new on the device that attracts their attention. Otherwise, they will stick with the old until it has been lost, stolen or broken. As the device has almost become one of convenience, consumers will always want it like an addiction to coffee.