Stop! Don’t buy a SIM on the Telstra network!

Why Telstra aren’t worth the extra money:

For years, Telstra traded on their reputation as Australia’s best network. They spent billions of dollars enhancing their aura of reliability through marketing.

Even the least informed Australian observer, however, must have noticed that the proof is adding up on the other side of the equation. At the start of 2017, they had the latest in a reported 7 network outages over the last 12 months.

Initially, when they had problems with the network, Telstra ‘paid people back’ with extra data over the weekend. Then, when they had their second outage, they did it again. Now, they’ve stopped doing that and we just have to suffer the interruption to service. In fact they appear to have moved the network discussion over to ‘the future’.

Telstra’s network is unacceptably flakey. For those that run a business, Telstra’s lack of reliability is a material concern. For those ‘just’ running a social life through their Telstra connected phone, it’s at least a risk.

In addition, more people complain about them than any other phone company

As if network quality concerns weren’t enough, around the same time as their 7th outage, Telstra were declared the most complained about telco in Australia. According to the TIO – the Telecommunications Industry Ombudsman (the line of last resort if you have a concern about the fairness and professionalism when it comes to your telco) Telstra beat Optus from the top spot.

But they charge more than any other phone company

Incredibly, despite these two, glaring, terrible circumstances – high complaints, high network outages, Telstra feel they can charge more than other telcos, despite it. 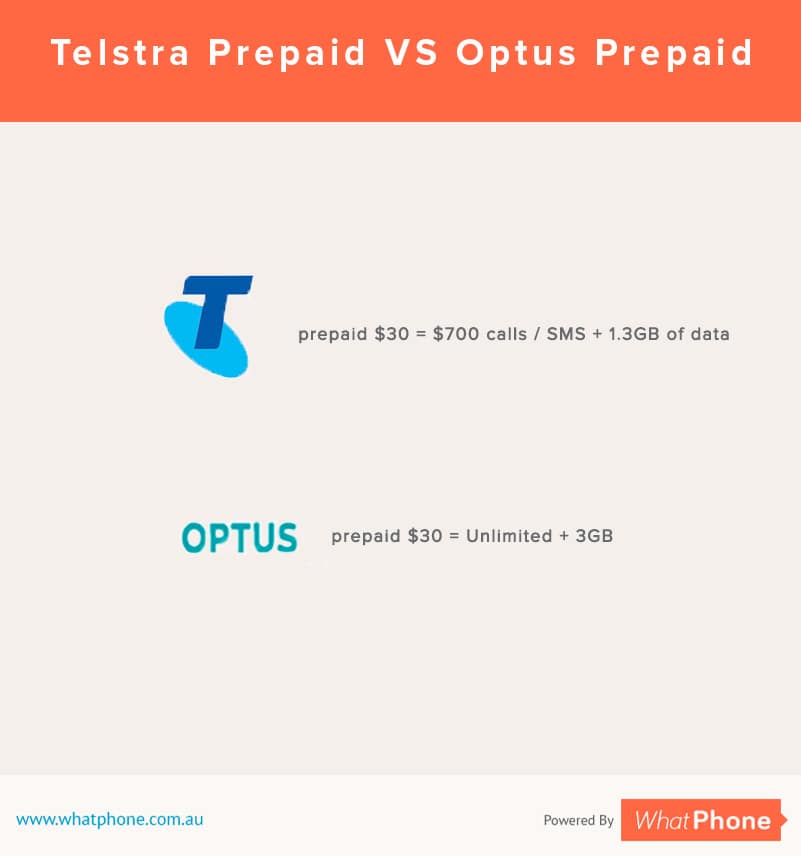 And there’s always the competition: Optus’ 4G network is now on a good as Telstra’s

Telstra covers 99.3% of the population with their 4G network.

But Optus covers 98.5% of the Australian population.

And 2 different studies show that the speed and coverage for Optus and Vodafone in city centers is just as good, if not better than Telstra:

E.g. “All of Australia’s operators performed quite well in the availability category. 4G customers on all three networks were able to see an LTE signal more than 70% of the time. The winner in the category, however, was a bit of a surprise as Australia’s smallest operator Vodafone was able to match long-dominant Telstra in 4G availability.

The simple truth is that Optus’ network is just as good as Telstra’s when it comes to 4G coverage and speed. This is population coverage for 4G: 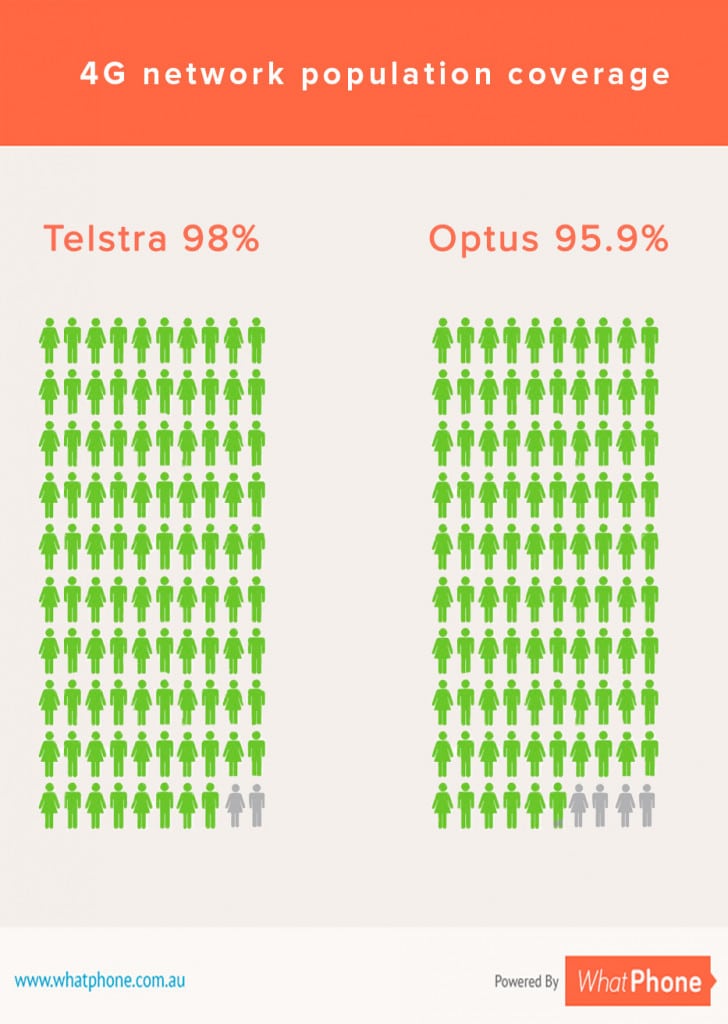 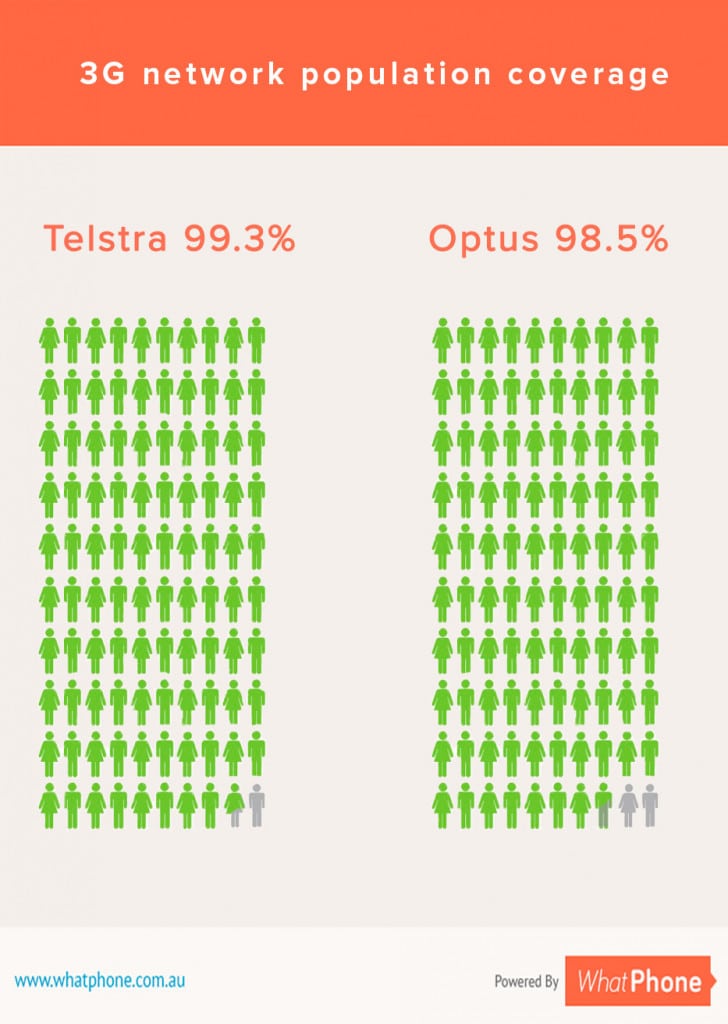 The practical steps you can take to move networks

Any new steps can be daunting, especially if it’s a while since you’ve been ‘in the market’ for a new SIM for a while. But it’s not nearly as difficult to do as you might think. Here’s how to move phone companies in 3 steps:

People hate Telstra – now is the time to move

These are stark information points. It’s hard to imagine facts more clearly laid out. Network outages, arrogance, poor customer service and high prices: These are the reasons so many people have had a bad experience with Telstra over the years.

These things are happening at a time when historically low numbers of people are trapped by a contracted arrangement to stay with Telstra. As we’ve seen, it’s easy to find out whether you’re tied in. As soon as your agreements with Telstra ends, you can trial a SIM on the Vodafone or Optus networks for under $10. If it suits you (and the network coverage statistics say it will) then stay – and save a bundle.

The benefits you’ll realise are not just financial. Optus are innovating their offering faster, as we’ve seen with the entertainment announcements they’ve undertaken. There are SIM providers who will give you much, much more data for your money. They’ll give you more data over the weekend. They’ll provide you access to streamed audio without charging you.

Why should we pay the extra for Telstra unless we are part of the 2.1% of Australians which would enjoy better 4G coverage ?