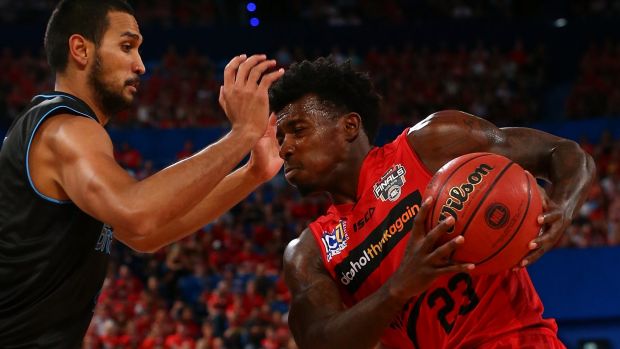 If you’re in to sport and don’t mind watching it on your phone, Telstra’s phone plans might be right for you.

As recently announced, Telstra has partnered with the National Basketball League to expand their existing content partnerships.

An expansion of the existing partnership between the national Telco and the NBL, will provide more for Telstra users.

People’s habits are changing when it comes to consuming content on demand, with the new partnership providing users with increased choice.

Telstra currently has a successful portfolio of sporting content partnership deals, which users can access on demand, including live streaming.

What the deal means for Telstra subscribers

The new deal will also enable every Telstra mobile customer to enjoy the excitement of every NBL game.

With live coverage starting from the October 2017 season.

The NBL has commented that this new partnership agreement is a step up from the previous one, providing fans with more digital choice.

Telstra has extended their commitment to the National Basketball League and fans across Australia.

“To deliver the best digital content to our fans, we need to partner with the best in the business, and we are very confident we have done just that. Together with Telstra we are revolutionising how the Australian public are able consume the sport of basketball.” – Jeremy Loeliger, General Manager, NBL

The partnership between the carrier and the NBL is seen as a key component of the league’s digital expansion.

The National Basketball League is striving to ensure that it becomes the most digitally watched sport in the country.

This can be achieved by focusing on the priority of creating innovative and technology driven sporting content.

Fans are demanding live streaming content on demand and at their time of choosing.

The NBL has said that they look forward to providing all of their fans with more digital media and broadcast options.

“We’re passionate about creating more ways for all Australians to access their most-loved sport live on mobile and at home on Telstra TV.” – Michele Garra, Executive Director Telstra Media

Australian sporting codes AFL and NRL have shown that apps have changed the way in which people consume media.

The National Basketball League is determined to revolutionize and adapt to the changing needs of basketball fans.

With the ambition of making league-produced NBL content, the most-watched digital sport in Australia.

The NBL announced at a recent press conference that its new digital content offering would provide fans with live content and replays.

Replays would include access to all previous games of the season, plus additional classic games.

The historical games content would amount to hundreds of games, going all the way back to 1979.

The NBL TV deal will cost $5 per month and be free to full season ticket holders.

Fox Sports will still continue to broadcast all NBL games live, though it remains to be seen if they will be available on Foxtel’s digital services.

Basketball teams are excited to learn of the new partnership extension and look forward to seeing the results.

The National Basketball League has also heavily increased support for the technical backing of the NBL TV.

The sporting code has stated that the new online digital content offering will be much more reliable than previous online offerings.

NBL TV will work on all different platforms, ranging from smartphones, tablets, desktops and streamable via Apple TV and Chromecast.

The National Basketball League has yet to announce when subscriptions will be available for NBL fans.

But it has been expected that this will become available around late September, around the time of the pre-season tournaments.

The pre-season tournaments are now known as the Australian Basketball Challenge, with games held in Brisbane.

Looking to the future of NBL

“It was a very, very difficult thing to execute due to the contractual negotiations with Fox Sports, and it is the first time this sort of deal has been struck, we are very appreciative of Fox Sports’ understanding and our partnership is stronger than ever. For them to come to this arrangement with us was a big leap of faith.” – Larry Kestelman, Managing Director, NBL

Industry watchers are adamant that with the introduction of NBL TV, the league has the strong chance of becoming a sporting leader.

With the low cost of producing the streaming game content, the product is seen as a sustainable one.

The league already has solid commercial support and has been buoyed by the success of Channel Seven’s Rio Olympics app.

With all this being said, Larry Kestelman stated that “Yes, this is a very heavy financial commitment.”.

Mr Kestelman went on to say “But we are doing everything the right way when it comes to the sport, and you’ve seen the change in the last 14-15 months.”

The National Basketball League is taking the long term approach to the streaming content partnership.

While making sure to emphasise that the renewed partnership with Telstra was not a short-term exercise.

Investing a substantial amount of money into the NBL TV has already shown early signs of paying off.

With a large amount of corporate support from Australia, there still remains the need for more sponsors to come on board.

What consumers love about the NBL and sports in general is that streaming content on demand provides them with choice.

Long gone are the days where users would sit down at the family TV and catch their favourite sporting games.

As we all saw from the Rio Olympics, the way in which people can engage with content digitally, is the way forward in the future.

With more sporting codes providing their content via live streaming, the Telco’s will continue to create new partnerships.

The national carriers are not the only players in town offering content deals, with the MVNOs also offering this to their users.