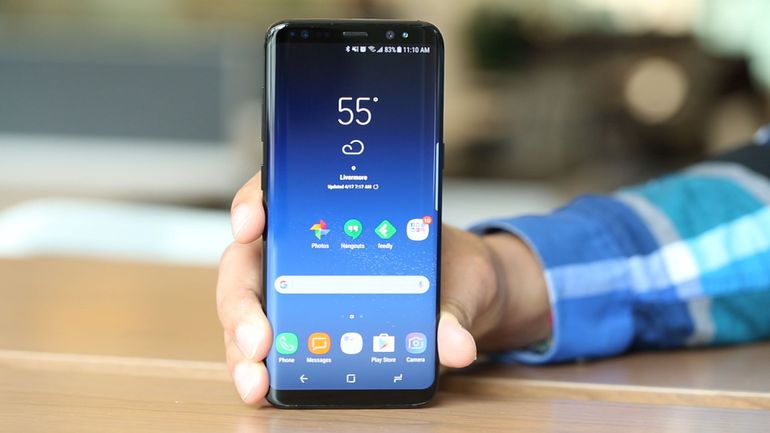 It’s hard to satisfy people in the bush when it comes to mobile coverage. There is just a bit too much bush with not enough people when it comes to building sufficient infrastructure to match the speeds and signal strength that city residents, especially those on the coast enjoy. Both Telstra and Optus have come out with smart phones that they claim handle mobile phone performance in rural areas. Telstra has its “Blue Tick” program, while Optus has a similar program called “Top Pick”.

Of the three main telcos in Australia, Telstra is by far the most important rural mobile provider, although their services don’t come cheap. Optus is doing its bit to improve coverage and give Telstra a run for its money, but basically it’s a one horse race in many small towns away from the coast.

So what’s so special about these 2 new Samsung phones?

Andrew Volard, who is Telstra’s Director of Device management, says that the company puts every new phone through rigorous testing to see if it can match Telstra’s high expectations and also whether it is able to do a bit more to provide a better service for rural customers. The two Samsung devices are the first two in the country to be certified in rural areas for both voice alone and also for voice over LTE (VoLTE). That makes them the first phones to be on the Blue Pick programme that can handle 4G.

The two phones also have voice over Wi-Fi (or VoWIFI) capability, which makes them just that more useful in rural Australia, especially when users are on the move, as they can then jump on a wifi signal if they can find one if the mobile coverage drops out or is non-existent.

Not to be outdone, Optus, which is the 2nd most important rural provider, has also announced that the Samsung Galaxy S8 and the S8 Plus are to get the telco’s Top Pick certificate because of their performance in Australian conditions. According to Andrew Volard again, it means that rural customers who acquire one of these phones will experience data speeds that are as fast as anywhere in the world.

Reviews have been positive and no exploding phones yet

Both the two phones have had good reviews although some have complained about the fingerprint reader which is said to be a bit clumsy.

The release of the Galaxy S8 and S8+ have been Samsung’s attempt to make up for the disastrous Galaxy S7 which led to big losses for the company. The S8+ is basically similar to the S8, but is a little larger (6.2 inch screen rather than 5.8inches) and heavier (173g compared to 165g)

The main features are:

The Samsung phone releases are designed to match the nearest competitors, the iPhone 7, the LG G6 and Google Pixel. It’ll be retailing in Australia once released for around A$ 1,100.

The Samsung S8 and S8+ may be able to address the mobile problem in the bush, but Telstra already has several phones in its Blue Pick range, although none of them are able to reach the speeds that the new phones will be capable of. Here are the other Blue Pick phones.

Just why these phones and not others have been included in the Blue Pick programme is not obvious as there doesn’t seem to be anything that stands out that is different from many other brands. Telstra simply sticks to the line that they provide the best coverage in rural areas under test conditions.

Australians who don’t live on the coast or in cities have struggled to have good consistent mobile phone coverage. Things are slowly improving, with Telstra still providing the best overall network for rural residents and travellers. Telstra’s Blue Pick list and Optus’ similar Top Pick list alert customers to the best phones to use. The latest to be released that should have LTE capacity are the Samsung Galaxy S8 and Galaxy S8 Plus.