Telstra to Start Pushing Films To Your Phone 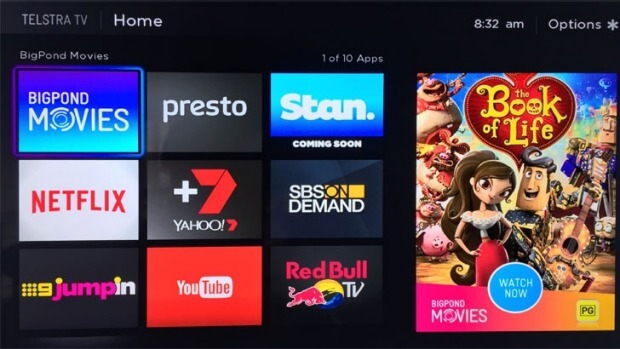 Phone addicts are always after loads and loads of data at a reasonable cost. Telstra is set to go a step further than that by offering not only free data but the chance to watch feature films on your phone which won’t affect your data bundle.

A mobile phone movie service is soon to be tested by Telstra in Australia that pushes key feature films onto smart phones hoping that viewers will take to them and either rent or buy them to view completely themselves.

This film pushing trial is one of the latest in technological developments negotiated between Telstra, 20th Century Fox and Ericsson, which uses a newly introduced network broadcasting feature that means movie downloads don’t need to be included in a subscriber agreed monthly data bundle. Select Telstra customers will be asked to test the product for a month using a Samsung Galaxy S7 smart phone.

Participants in the trial will have already revealed what types of films they prefer so that when a suitable film is launched a notification will be forwarded to their Galaxy S7. If the subscriber wants to either rent or purchase the film it can be downloaded once the deal has been clinched. All the films will be broadcasted in high-definition, thus maximising the viewer’s experience. The subscriber won’t be delayed in any way as the film is ready to watch straightaway.

Do you want to watch “Fences’’ on your phone?

If you do, this will be your chance. However, if Telstra seriously offers this service to its subscribers there’s a promise that films won’t be pushed on you but you will have control over when you receive the film selection. Andy Penn, who is the CEO for Telstra, has said that this trial will allow customers to gain access to films straight out of the film studios. This means the audio and picture quality is exactly the same as you would experience in a cinema. He believes that the telco’s subscribers are mad about entertainment and they love to watch what they can on their smart phones. This time there is a pledge that there will be no data costs involved.

It’s the 1st service of its kind

One of Ericsson’s chiefs, Per Borgklint, said that as this is a first time experiment he believes that the smart phone user experience would be a game changer for viewing feature films hot out of the studio. Word is not out yet when Telstra customers will first be able to experience this new service. However, something similar was trialled last year in Sydney at the ANZ Stadium delivering, to suitable phones, Channel 9’s coverage of rugby league. Telstra has also stated it will be launching later on this year the LTE-B networking technology and will be allowing broadcasts to be viewed on earmarked Samsung phones.

What’s on offer at the moment from Telstra?

Currently, Telstra works with Big Pond movies, which you can watch on Telstra TV, Android, Iphone and T-Box on a Mac or PC. There are no subscription fees and you can choose a movie then rent or buy it.

By the time the year is out there won’t be much you can’t do with your smart phone with this latest round of film pushing. If you want to simply talk or text that’s not a problem. If you want to stream music 24/7, that’s not a problem either. If you want to surf the internet until your heart’s content you can do that as long as you have data. Soon, you will be prompted to rent or buy films hot out of the studio and data fees won’t apply. Telstra customers are going to be the most satisfied on earth as long as there is not an unexpected outage or a competitor doesn’t push in and offer better deals.