Telstra will close their 3G network by 2020 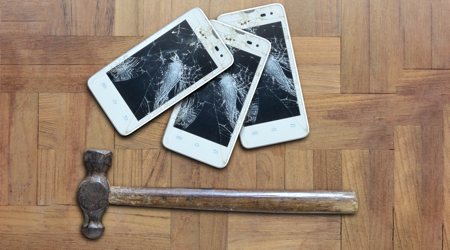 Good things always seem to come to an end as new technology and ideas are developed. Phone communications are no exception. Telstra has recently announced that its 2G network is going to disappear before the end of this year. That means that 2G enabled phone, or at least older phones incapable of receiving 3G or 4Gs will soon be redundant.

Everyone around the planet has gained from the different generations of data and phone and have used this great information highway to access facts, shop, talk, text, learn, discuss and be influenced. What has changed the most in recent years has been the use of this technology for live streaming of events while on-the-go, which can be anything from news and sport to movies.

Other demands come from the Internet of Things (IoT) and the increasing use of more sophisticated online transactions for internet banking which require faster speeds. This has caused the demise of the 2G network, which wasn’t able to keep up to speed with all the other technological developments immersing it. Today, mobile traffic using 2G makes up less than 1% of Telstra’s mobile traffic.

There are some people who have never found the need to move to faster speeds. Many of them still have 2G handsets and may be wondering what on Earth 3G, 4G or 5G is all about. They will have to buy a new phone to take advantage of the changes, unless they come from or go to Christmas Island regularly. That’s the only little bit of Australia where 2G will survive.

If you are still in 3G mode, you have a little longer to wait before you need to mothball your handset, as the deadline will be some time in 2020. A lot of people won’t be too worried about the changes. There is a used by date for most phones as they get shuttled around from pocket to beach bag to a car’s dashboard. Many people are obsessed by getting their hands on the latest device. This will give them the chance to do just that.

5G Soon to Be a Reality

However, don’t hold your breath or think that’s the end of the technological revolution as 5G is popping up around the corner sooner than you may have thought.

5G is where Telstra and the other big telcos, Optus and Vodafone, have their eyes firmly set. Telstra says it is set to trial 5G at the next Commonwealth Games in 2018 and its long standing rival Optus is intent upon getting in on the act too. It has said it has managed to reach speeds of 35Gbps in recent trials.

Vodafone says it is busy doing its own 5G thing without revealing what it has done or expects to achieve.

Telstra has informed its shareholders that $1.5 billion is to be spent building on networks while another billion will be used for further digitisation,, leaving about $500 million to be spent on improving other customer experience enhancements.

You’ve got just a little bit of time to go yet before your device will no longer be compatible for its data link so you could start doing a bit of searching now.

Where to Buy a 4G Phone

The cheapest 4G phone available at present is the ZTE 4G Chat which can be purchased at Coles supermarkets for less than $50. It is prepaid and is locked to Optus. If you don’t like Optus there are unlocking tools available on the Internet for under $5. There is also Telstra’s ZTE 4G plus which is a prepaid option. The downside of this option is you can’t use it with any of the Telstra linked Mobile Virtual Network Operators as Telstra only allows connections to these through their 4G facility. Kogan Agora 6, found on the Kogan website and ordered online, is a third option. This costs a little more but it can be used with any telco’s SIM card;

You might not know if you have a 2G phone or not but you can check by looking at the symbols by the bar graph that shows signal strength.

If it shows one the following you have a 2G phone

If you are using the 2G network you will have to change your SIM card and/or your phone.

Every phone has a SIM card. If it’s 2G it will not have the Next G, TM or TTM logo. If it doesn’t, you will need a new SIM card which you can swap at your local Telstra outlet.

You can find out if your phone is compatible for 3G/4G use by following the steps below:

There is an online device identifier available online. You type in the 1st 8 digits of the 15 digit IMEI number linked to your phone. This number can be found in your phone’s settings. It will indicate in the results the compatibility of your phone for the different G networks.

There’s More Than Just Your Phone that Could Be 2G

If you have a device like a medical alarm or a security device, a vehicle tracker or other Machine2Machine (M2M) device that may emit an emergency signal these may only work on 2G. You should talk to your device provider to ensure they are not disrupted.

Telstra is getting ready of the 2G network and that means by bye to 2G only handsets! If you don’t really know what 4G is because you use your phone mainly for talking and texting you will find it is far better for accessing all types of data including emails, web pages, YouTube, movies and music streaming. When 5G is released, according to Telstra, it will be better focused for video viewing than 4G. Telstra is not the only telco erasing 2G as Optus will be following that road in April of next year. Vodafone has yet to make any announcements.