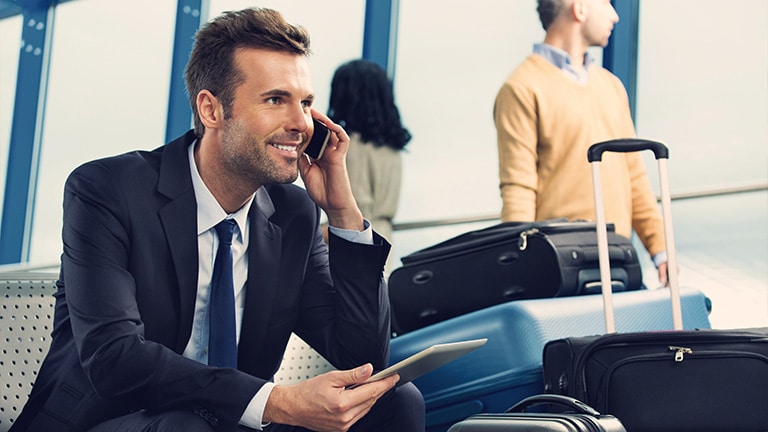 Telstra shares rose sharply after the ACCC made a draft decision against “declaring” wholesale mobile roaming. It would have meant that smaller telcos, especially Vodafone and some of the MVNOs, would have been able to share Telstra’s existing infrastructure in the rural areas in order to offer a competing mobile service.

Telstra has the overwhelming advantage in the rural parts of Australia and it looks as if that’s not going to change any time soon. Telstra had more or less threatened to reduce its investment in rural mobile infrastructure if the ACCC had ruled in favour of domestic roaming and it looks as if the threat has paid off, at least for now.

Why the ACCC made the decision

The ACCC is designed to keep an eye on the level of competition and prevent any one company from obtaining or maintaining a stranglehold in any one important sector of the economy. It launched an inquiry into domestic mobile roaming services and was expected to deliver a decision which would reduce Telstra’s dominance in the rural areas and allow other telcos to compete on a more level playing field.

Rod Sims, the ACCC’s Chairman, acknowledged that Telstra had had some “free kicks”. This may have been a reference to the fact that historically its dominance was due to it having had an inherited competitive advantage. It was the only publicly owned telecommunications provider at one time. Sims said that the decision was difficult to reach but there was not enough evidence that domestic roaming would have led to much more effective competition in the rural mobile network. He said that on the contrary a declaration may have meant that many rural customers may have lost out.

The decision seems to have taken into account that Telstra may have gone ahead with its threat to pull billions of planned investment in rural mobile infrastructure. If it had done so, it would have meant that many rural customers would have not been able to enjoy what they had really wanted all along and that’s better mobile coverage.

A 5.1% rise in the value of Telstra’s shares and a big smile on Telstra CEO, Andy Penn’s, face, indicated that Telstra was the big winner after the decision. The company had fought vigorously against the possibility of domestic roaming using its own infrastructure. Penn was quoted after the draft decision was made, saying that if the final decision remains the same, the company would “immediately go ahead” with expansion of its 4G network so that it would cover 99% of the Australian population by the end of the year.

“It is the right decision for people, businesses and the communities of regional Australia” he said, justifying the company’s attitude by saying that the decision retained the incentive for businesses (i.e. Telstra) to continue investing in a less economically profitable part of the country.

Vodafone was definitely not happy with the decision. Amongst all the telcos that compete with Telstra, it was the most vociferous in support of domestic roaming which it assumed would give it a leg up on to the rural mobile table.

Not surprisingly, Vodafone issued a statement after the ACCC decision saying that it strongly disagreed with it and said that it would lead to higher prices and a widening gap between the cities and rural areas. The company went on to say that it was “a pity” that the decision had been made as a result of a reaction to a “scare campaign” carried out by Telstra.

Surprised but not necessarily disappointed?

Other telcos were somewhat surprised by the decision, but not necessarily openly disappointed by it. Optus, for one, which has already made considerable investment in rural mobile coverage, although nowhere nearly as much as Telstra, seemed to be satisfied with the decision.

Andrew Sheridan, the company’s vice president of corporate and regulatory affairs, voiced Optus’ pleasure with the decision. He said that the existing policy had encouraged investment in infrastructure and the decision to maintain the policy meant that the ACCC had acknowledged that this was the right way to go.

TPG, a new player in the heated telecommunications market place, has plans for spending big on infrastructure itself after a successful bid for spectrum. It is destined to be Australia’s fourth largest mobile network. Tony Moffatt, TPG’s policy director, said that he was surprised the ACCC had made the decision as it would not increase competition. He said that customers would just have to live without TPG’s input into the rural mobile mix.

Telstra may have bullied its way into retaining its competitive edge in the rural areas of Australia. The jury is out whether the resulting lack of competition is less important than the potential loss of investment in infrastructure which Telstra had been threatening, if roaming had been allowed to go ahead.