Will Telstra come out on top when it comes to digital streaming? 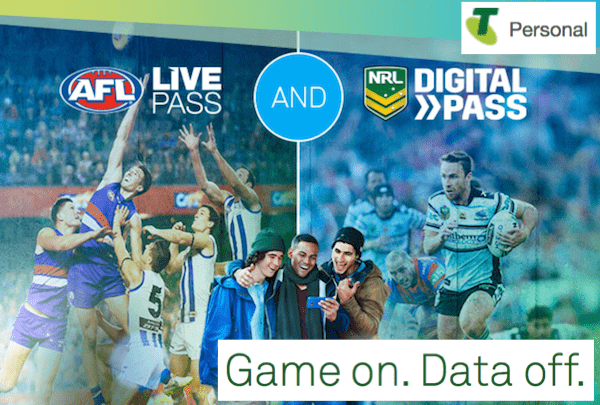 What has Telstra announced?

As recently announced by Telstra over two million hours of streaming content has been enjoyed by Aussie NRL sports fans.

This was the figure reported by the national carrier, detailing the amount of on-demand content streamed to date in 2016.

With three more months to go until the end of this year, it just goes to show the popularity of sports streaming in Australia.

The NRL Live App has enjoyed a huge number of people streaming and viewing the games on-demand.

It’s an interesting exercise to look at the statistics data on a game by game basis, when comparing streaming for the biggest football codes.

Football fans managed to rack up an impressive 2,091,663 hours of streamed content, exclusively through the NRL Live App.

This is a truly staggering number when you sit down and think about it.

The data also allows us to see which peak times during the games attracted the most views via the App.

What does the NRL data show us?

One of the most watched moments so far this year, was the NRL Golden Point match.

The Golden Point match game was between Cronulla and the Titans, drawing in an impressive 29,000 concurrent viewers.

And this was just one moment with an impressive amount of viewers tuning into the NRL Live App.

The game went onto attract a record of 59,999 unique viewers.

Now while this could be just a sign of their popularity, given the year they seem to be having, the Sharks are a popular team.

In fact, the Sharks are currently the most popular team online, with the Raiders coming in at the second spot.

When analysing the digital audience numbers, we are able to see that the Sharks featured in three out of the top five games this season.

This wasn’t the only game to bring in such big numbers, there were plenty of other important games which we can mention.

The Storm and Cowboys game, which saw them both battling for the Minor Premiership, attracted more than 50,000 viewers.

This same match also enjoyed a staggering 1.8 million minutes of streaming content watched via the App.

What does the AFL data show us?

Down south in the ARL, the data shows us that Carlton is one of the most popular teams.

The Carlton football club received an average audience of 34,000 per match, while other AFL teams also enjoyed impressive numbers.

The GWS Giants, Sydney Swans and Carlton, all experienced the fastest growing audience numbers in 2016.

In comparison to the NRL, the AFL claimed the biggest number of concurrent live streams.

They managed to clock up a staggering 267,000 concurrent views during the Hawthorn and St Kilda, ANZAC weekend clash.

To put these streaming numbers into perspective, that’s the sort of numbers which tune into the Melbourne Cup.

When you look at the data the numbers are just simply amazing.

Now while they may look impressive for “online streaming” numbers and they are pretty solid, they are still a long way from Broadcast TV numbers

The gap between Broadcast TV and online streaming still has a way to go, but as each year passes the gap narrows.

With Telstra expected to focus on the rolling out of their 5G over the next year or two, we can only imagine things will change.

5G will enable Telstra subscribers to enjoy some of the fastest download and streaming speeds available.

We can only imagine what the landscape will look like in five or ten years from now.

Along with the announcement by the national carrier, Telstra has also shared some interesting facts.

Telstra then went onto say that is has decided that the time is right to share this data with consumers.

The company asked the question “who comes out on top when it comes to digital streaming?”.

Telstra stated that is has analysed the data and looked at both popular sporting codes, the NRL and the AFL.

The statistics are interesting when comparing digital streaming and tricky to decide which code to award as the winner.

AFL and what the data said

NRL and what the data said

Traditionally in the past, football fans would have to sit down at their home TV or head down to the local pub to catch a game.

The public broadcasting channels would dictate to us when, where and at what time we could watch our favourite football games.

However, with the changing of technologies comes new ways in which Aussies enjoy their sporting content.

Smartphones, tablets and other handheld devices have paved the way for App’s and streaming on demand.

Consumers are now comfortable to watch their favourite football games, be it NRL or AFL at their time of choosing.

With competition heating up in the Telco industry, the national carriers and MVNO’s are giving users more content choices.

In an era of people living increasingly busy lives and increased mobile data speeds, this trend is only set to continue.